Motorola is gearing up to introduce a bunch of new smartphones in September. In fact, the company is bringing the Motorola X30 Pro and Motorola S30 to global markets. These names are for China, but they should launch elsewhere as Motorola Edge 30 Ultra and Motorola Edge 30 Fusion. There are rumors about a third smartphone, and the details about this device have been flowing through the rumor mill recently. The third smartphone will carry Motorola Edge 30 Neo moniker and has just received the Google Play Console certification. Thanks to it, we have some of the key specifications of the device.

The Motorola Edge 30 Neo will pack the Qualcomm Snapdragon 695 SoC. This processor is not a new face for all those following the mid-range smartphone market. It offers decent performance and 5G connectivity. It can also run demanding games with decent performance thanks to the Adreno 619 GPU. The listing also confirms a Full HD+ screen, 8 GB of RAM, and Android 12. Motorola’s MyUX will be running on top, and the device may be eligible for a future Android 13 update. 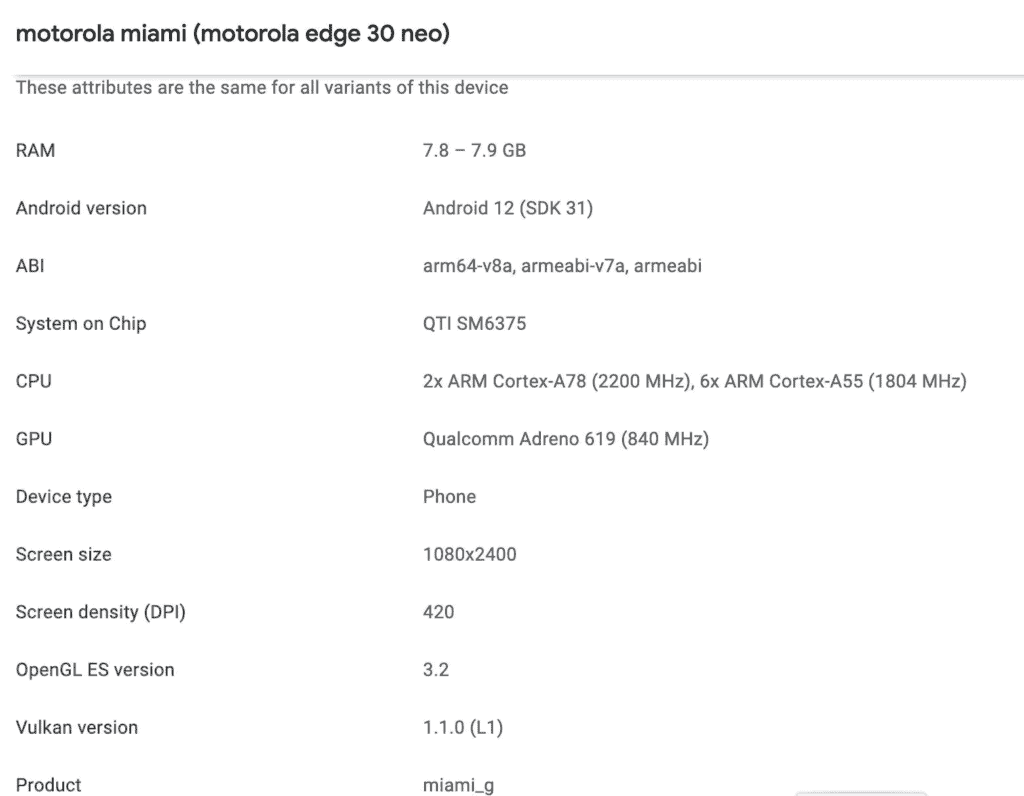 In terms of hardware specs, the device had some of its details leaked before. The Motorola Edge 30 Neo will flaunt a 6.28-inch P-OLED screen with a 120 Hz refresh rate. The panel also has a centered punch-hole for the selfie shooter. The phone will come with up to 8 GB of RAM and up to 256 GB of Internal Storage. In terms of photography, the device has a dual camera setup. We have a 64 MP main camera shooter with OIS and a 13 MP ultrawide snapper. The phone will draw its powers from a modest 4,020 mAh battery with support for 30W charging. 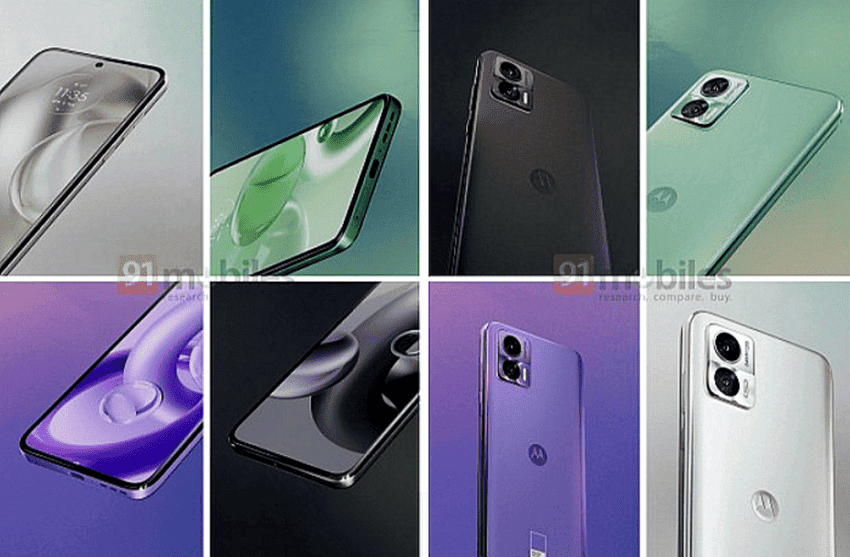 The Motorola Edge 30 Neo will come in Aqua Foam, Black Onyx, Ice Palace, and Very Peri colorways. As per the leaks, the phone will sell for around €399 in Europe. In the US, the price may be between $350 and $399. We expect more details to appear soon.

The Edge 30 Neo will take a ride on the Motorola Edge 30 Ultra, the device may steal the headlines thanks to the 200 MP camera. It will effectively become the first smartphone with a 200 MP camera to hit global markets. Obviously, the device is more than a camera. It also brings the Snapdragon 8+ Gen 1 SoC, 144 Hz display, 125 W fast charging, and more.