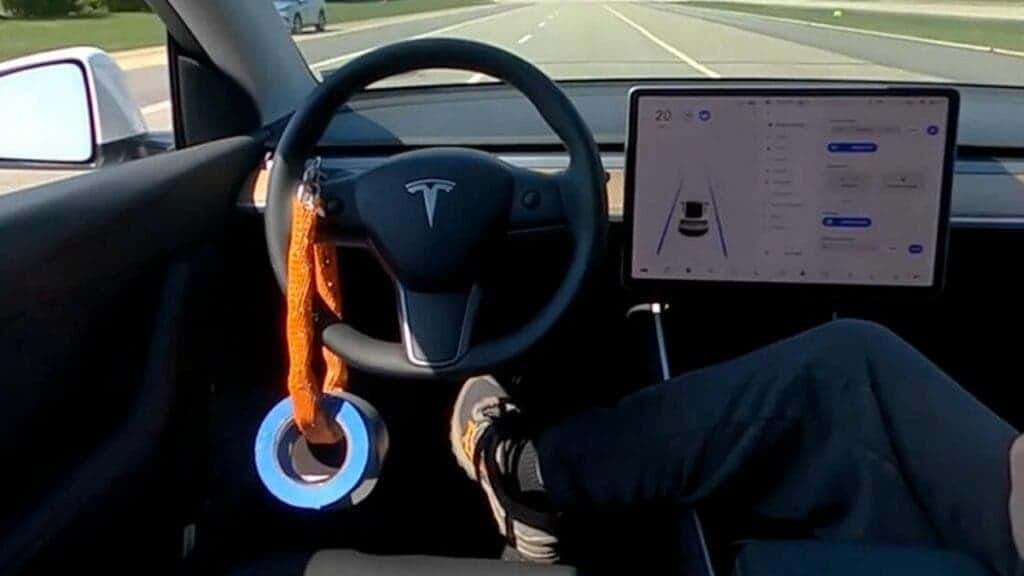 Since 2016, Tesla has been touting driver-assistance systems such as Autopilot and Full Self-Driving (FSD). From the name, it’s easy to assume that these systems include features that enable the car to drive fully autonomously. However, this is not the case, and there are currently no cars available for consumers to buy that are fully self-driving. Tesla’s “autopilot” requires a good level of support from humans. Thus, we can at best call this “semi-autopilot”. The California Department of Motor Vehicles has issued rules prohibiting manufacturers from making false claims when cars can’t drive themselves. However, the agency never enforced those rules.

Today, the California legislature is clearly unhappy with the status quo and is moving beyond the DMV to legislate. Legislation initiated by Gonzalez passed the California Senate late Tuesday and is now being sent to Governor Newsom for signature. Gonzalez said false advertising of self-driving technology has the potential to cause serious safety problems, with at least a few deaths related to Tesla’s Autopilot. Gonzalez said she and other lawmakers were baffled by the California DMV’s slow response to Tesla’s false advertising campaign. “Are we just waiting for someone to be killed in California?” she asked.

Tesla Autopilot is not really autopilot

The California Department of Motor Vehicles has not commented on the bill. Furthermore, its head, Steve Gordon, has declined to discuss the issue with the media since taking office in 2019. It is unclear how many crashes or casualties may have involved Autopilot and FSD. While Tesla vehicles are full of tiny computers that collect and process vast amounts of data that can communicate with manufacturers over cellular and Wi-Fi connections, Tesla has consistently refused to disclose this information to regulators or security researchers. Regulators are starting to exert more pressure. The National Highway Traffic Safety Administration (NHTS) is launching multiple investigations into Tesla’s safety record. This includes multiple incidents of Tesla vehicles crashing into parked emergency vehicles.

Most recently, NHTSA ordered Tesla to provide it with detailed data on crashes that may have involved its autopilot system. It’s unclear how effective the new legislation will be, as enforcement powers remain in the hands of the California Department of Motor Vehicles. Bryant Walker Smith, a law professor at the University of South Carolina, said: “California has banned misleading claims about self-driving cars. However, the passage of this bill will certainly provide more legal grounds for law enforcement agencies. This could mean a lot to the California executive or a judge.”

In fact, the California Department of Motor Vehicles filed an administrative lawsuit against Tesla on July 22 over the misinformation issue, as the possibility of the Gonzalez Act becoming official law became more apparent. The agency has been reviewing misinformation issues since May 2021. In the July filing, the California Department of Motor Vehicles stated that it has the power to disqualify Tesla from selling or building cars in California if it finds Tesla in violation of the rules. However, this process may take at least a few months.

In early August, the California Department of Motor Vehicles will require Tesla to advertise to consumers to clarify and better educate Tesla drivers about its Autopilot and FSD features. This will include warnings about the limitations of those features and targeting violations. This could affect Tesla’s use of the term “self-driving,” a possibility the California Department of Motor Vehicles would not discuss. “Californians think ‘full self-driving’ means full self-driving, but obviously that’s not the case,” Gonzalez said. 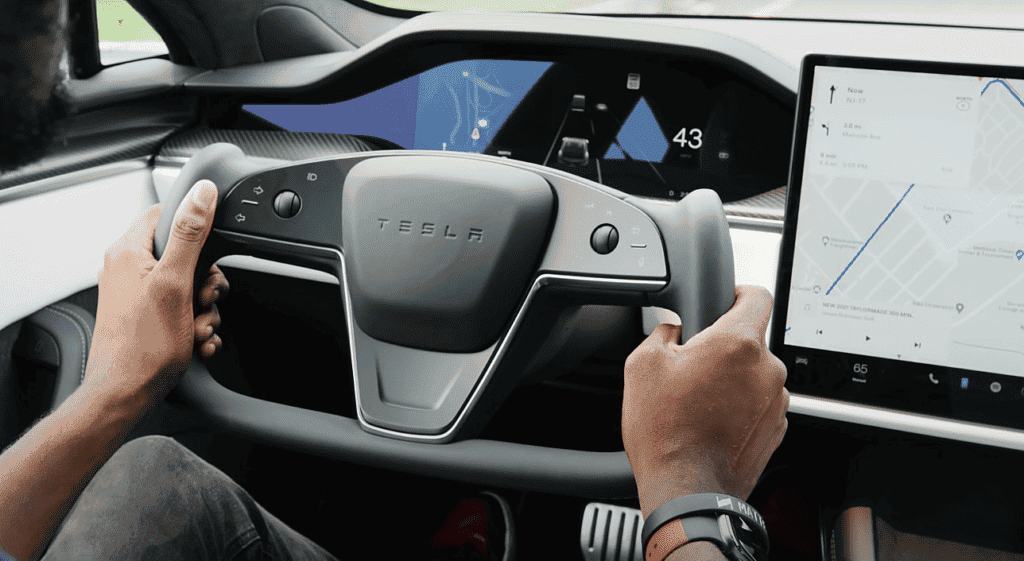 The new bill does not address the security of the technology itself, but rather its marketing and advertising. Tesla says in small font on its website and instruction manual that human drivers must maintain their full attention. Whether they are using autopilot or not, there is a need to maintain full attention. Autopilot can come to the rescue when the driver erroneously takes an action. For example, the driver erroneously steps on the gas instead of breaking.

In addition to banning false advertising, the Gonzalez Act imposes new requirements for automakers to clearly explain the capabilities and limitations of some automated technologies when they deliver new cars and update software. 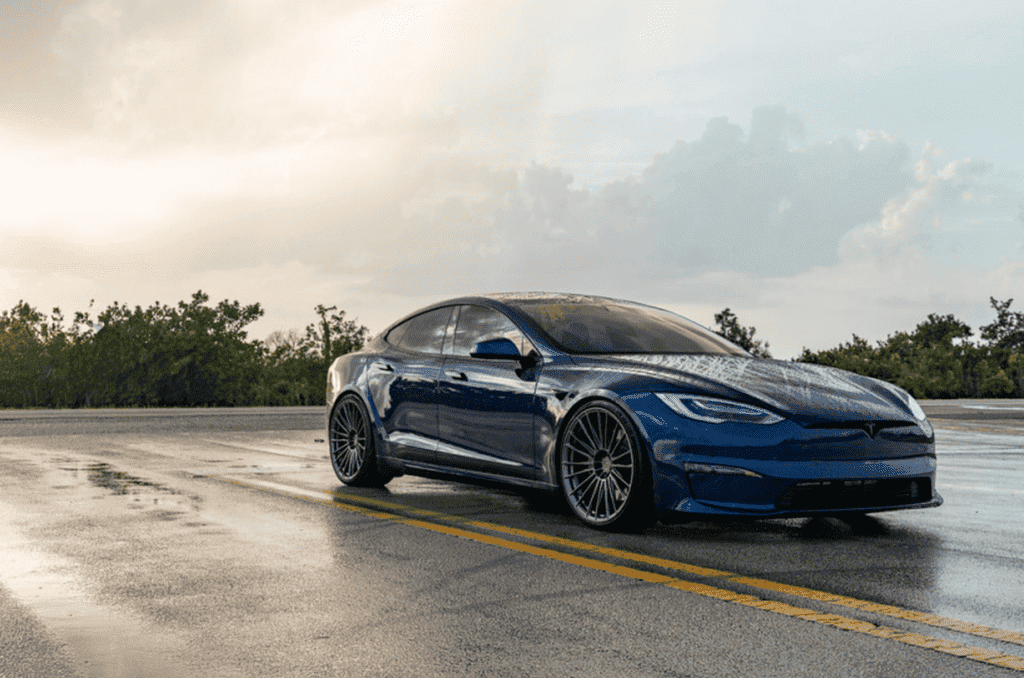 A 2018 survey by the AAA Foundation for Traffic Safety found that 40 per cent of car owners who bought driver-assist systems such as Autopilot believed their cars could drive themselves. “Asking dealers to clarify the limitations of automation technology will help bridge the knowledge gap in this area,” said Amanda Gualderama, head of government affairs for the Automobile Club of Southern California, which supports the bill.

Gonzalez said she had approached several auto companies and the AAA about the wording in the bill. During the legislative process, they encountered strong opposition from Tesla, who argued that false advertising had been banned by the California Department of Motor Vehicles. But ads have persisted for six years on the company’s website, social media accounts and in public speeches by CEO Elon Musk. Musk recently tweeted that Tesla will increase the price of its FSD system from $12,000 to $15,000.

Next These 3 Redmi smartphones started getting MIUI 13 update