American electric car manufacturer, Tesla, is one of the top electric car brands in the world. The company ships millions of electric cars annually and has a number of gigafactories. At the moment, the company has gigafactories in Texas, Shanghai and Berlin. With these factories and other assembly plants, the company hopes to have sufficient units to expand to other regions. In order to meet the demand, the carmaker had to upgrade its Shanghai gigafactory. The company was able to successfully complete the production line upgrade in early August. With the completion of the upgrade, the production speed of Tesla’s electric vehicles is better. With the increase in production, Tesla began to enter the passenger car market in more countries and regions. 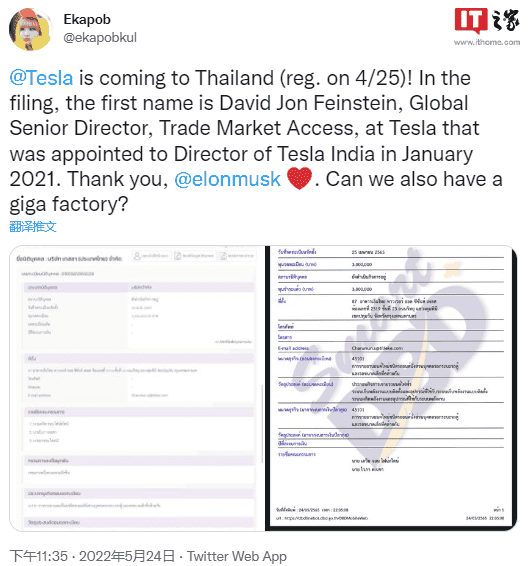 Tesla set for the Thai market

According to TESLARATI, in May, Twitter user @Ekapob shared a document from Tesla’s Ministry of Commerce in Thailand. The document mentions David Jon Feinstein, Tesla’s global senior director in charge of entering new markets. In addition, according to DataforThai, the company registered Tesla (Thailand) Co., Ltd. in the Bangkok office building (M Thai Building, All Seasons Place) in April this year. The office will be responsible for the sale of passenger cars, pickups, vans and new energy vehicles such as small cars. 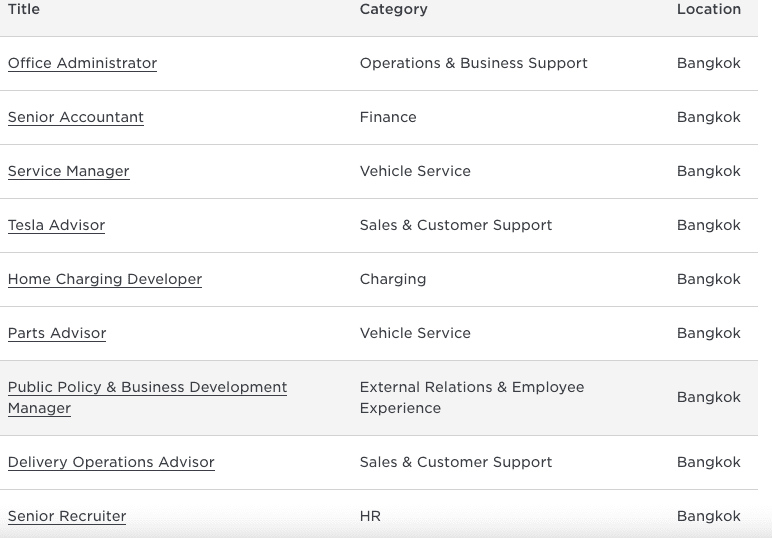 Recently, Tesla released a job listing in Bangkok. The list shows that the company is recruiting for some positions including consultants, office administrators, senior recruiters, vehicle technicians, public policy and business development managers, inside sales consultants, and more. Among them, the public policy and business development manager will be responsible for engaging with Thai government officials on behalf of Tesla to discuss policies and regulations affecting the company in Thailand. This series of hirings indicates that Tesla is about to enter the Thai market. The company has not yet built infrastructure such as supercharging stations in Thailand. This will change as it starts operating its electric vehicle business in Thailand.