Worth noting that neither of the two chipsets will join the ARMv9 architecture. This will remain exclusive to the Snapdragon 8 and 7 series, at least for now. However, if Google is sticking with the ARMv8 architecture for its Pixel flagships, then, we don’t think that low-end and mid-range users will feel the impact.

The new processor uses a 12-bit Spectra Triple ISP and offers support for HDR Image Capturing and 200 MP cameras. That clearly will allow smartphone makers to introduce 200 MP camera smartphones in the mid-range category. The processor is also capable of HDR video recording. Moreover, it features AI capabilities through the use of the 7th gen Qualcomm AI Engine. It boosts the bokeh effect and improves general performance and energy efficiency. 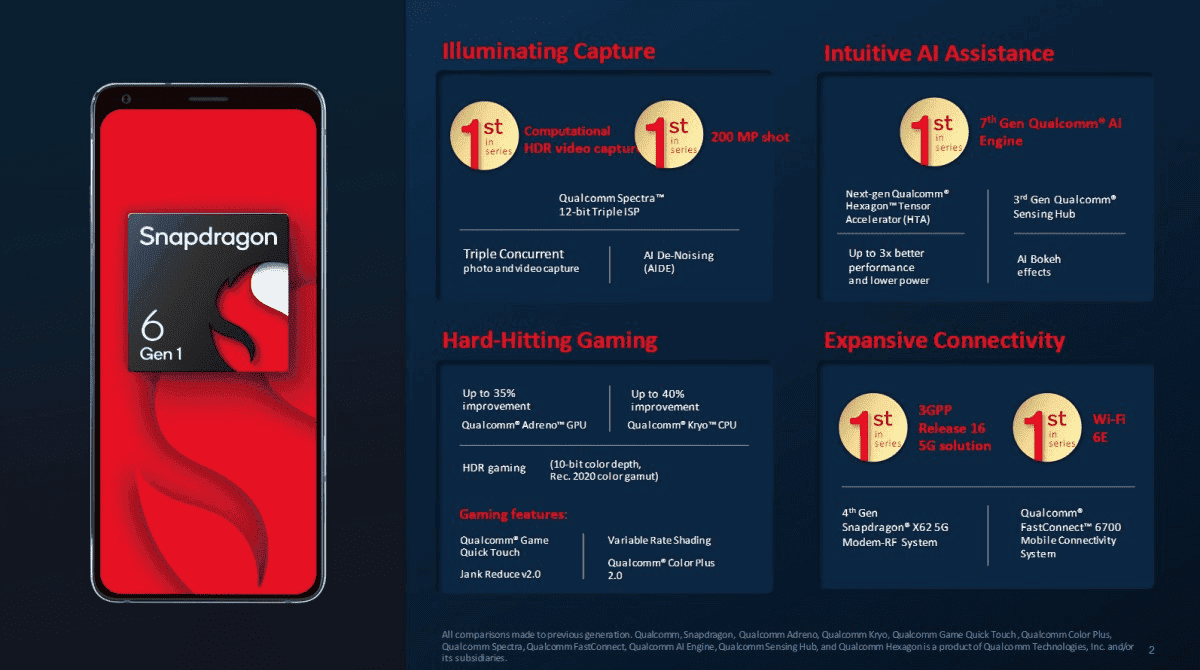 The Snapdragon 6 Gen 1 will pack Wi-Fi 6E and will use the 4th Gen Snapdragon X62 5G modem.

Qualcomm rearranged the CPU configuration for its mid-range processors. Instead of the usual architecture with 2 performance cores and 6 efficiency cores, the company goes for a 4+4 architecture. That may offer an advantage over MediaTek which still uses the 2+6 architecture on some of its mid-range Dimensity chips. The performance cores are Cortex-A78 cores, which stand as the last mid-performance cores launched in the ARMv8 architecture. According to Qualcomm, the performance will be 40% better than the Snapdragon 695. However, users may feel a small impact on the efficiency. The processor supports an LPDDR5 memory controller, however, it is slightly slower than what Qualcomm is using on the high-end Snapdragon series.

The first smartphones with the Snapdragon 6 Gen 1 will appear only by Q1 2023.

The Qualcomm Snapdragon 4 Gen 1 sounds like a big bump due to the nomenclature change. However, it’s a more modest upgrade, as usual for the low-end category. The Snapdragon 4 Gen 1 uses the 6 nm standard instead of the modern 4 nm. It’s a slight upgrade over the current Snapdragon 480. 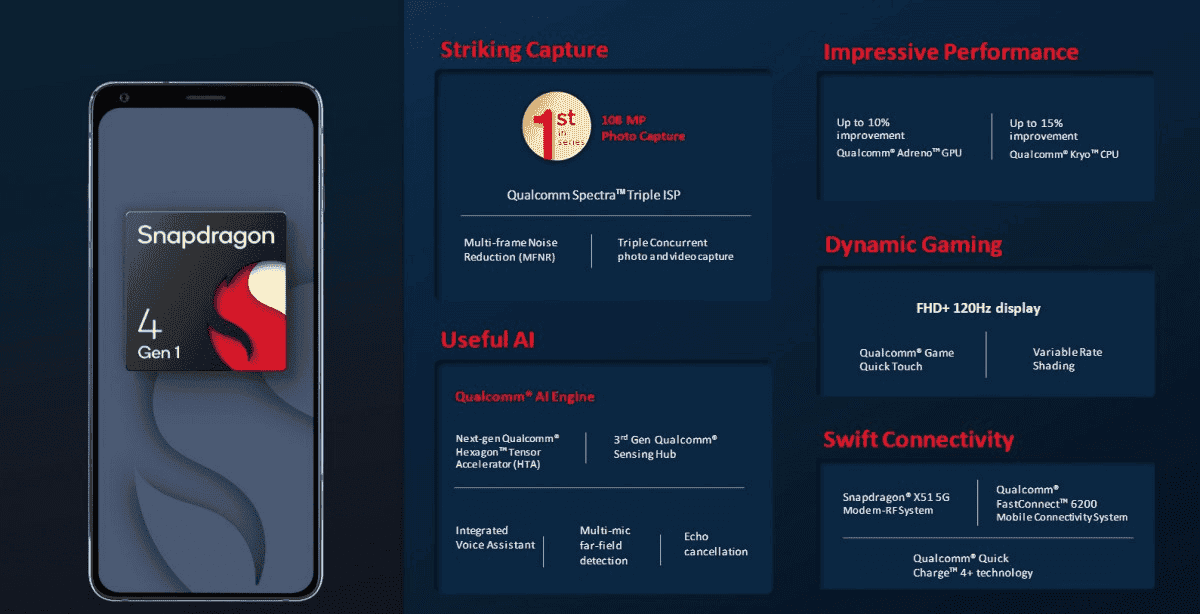 The major upgrade is the presence of the two ARM Cortex-A78 cores paired with six ARM Cortex-A55 cores. For the low-end category, Qualcomm will stick with the 2 + 6 arrangement. The CPU frequency for the big cores is capped at 2.0 GHz. According to Qualcomm, the new chipset means a 15% performance increase in comparison to the Snapdragon 480. The processor gets a new Adreno GPU and uses an LPDDR4X-4266 memory controller. The camera ISP is similar to its predecessor, however, Qualcomm now allows smartphone makers to pair 108 MP cameras with this chipset. That’s a major improvement over the previous 64 MP camera limit.

When they will reach the market?

The SD4 Gen 1 will reach the smartphone market soon through the iQOO Z6 Lite. The Snapdragon 6 Gen 1 will come only in the next year. We expect brands like Xiaomi and Realme to debut this new processor through popular devices from the Redmi Note series.

Despite the lack of confirmation, these processors are likely manufactured by Samsung, but for the future, Qualcomm is expected to go full TSMC.

Next Amazon will enter the Japanese prescription drugs market next year