A few days ago, Apple officially released the iPhone 14 series as well as other devices. This series includes the iPhone 14, iPhone 14 Plus, iPhone 14 Pro and iPhone 14 Pro Max. In addition to the smartphones, the company also officially announced the new official version of iOS 16. At the event, Apple also reveals that this new software version will start rollout on September 13th. The new iOS 16 system will support iPhone 8, iPhone X or newer. As the official rollout date of the iOS 16 system draws closer, there are more reports on the features that this system brings. The iOS 16 includes a ton of new features, from a customizable lock screen to the ability to temporarily edit or cancel an iMessage, and more. 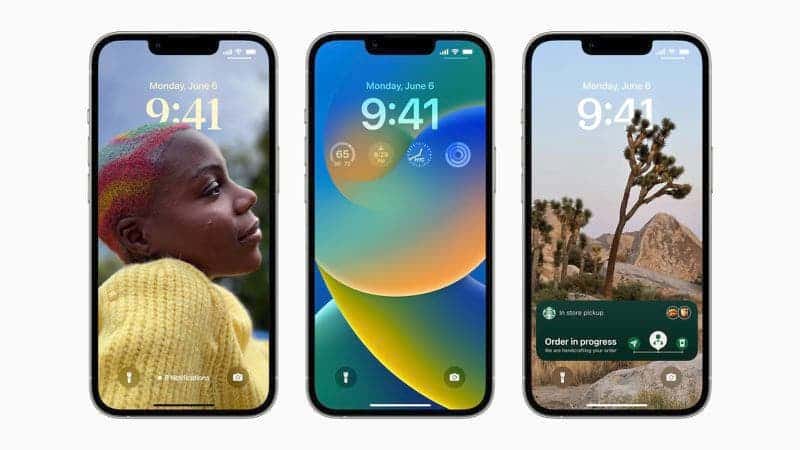 When the update is eventually available, installation of this update will take a simple process. To install iOS 16, open the Settings app on your iPhone and tap General – Software Update. After updating your iPhone to iOS 16, you can experience the features of the system. Even before the official announcement of this system, we already have a list of features to expect. Now that the system is official, here are the top six iOS 16 new features that users may want to check out. However, it is important to note that the features are not listed in order of importance.

Six iOS 16 features worth checking out

The main new feature in iOS 16 is the ability to personalize the lock screen with multiple layers of wallpapers, widgets, custom fonts for date and time, and more. Users can also choose a set of photos to shuffle on the lock screen throughout the day. The new lock screen gallery showcases a range of lock screen options, including new weather wallpapers with real-time weather conditions and astronomy wallpapers that provide views of the Earth, Moon, and Solar System. iOS 16 includes support for multiple lock screen designs, allowing users to switch between favourites with a swipe. 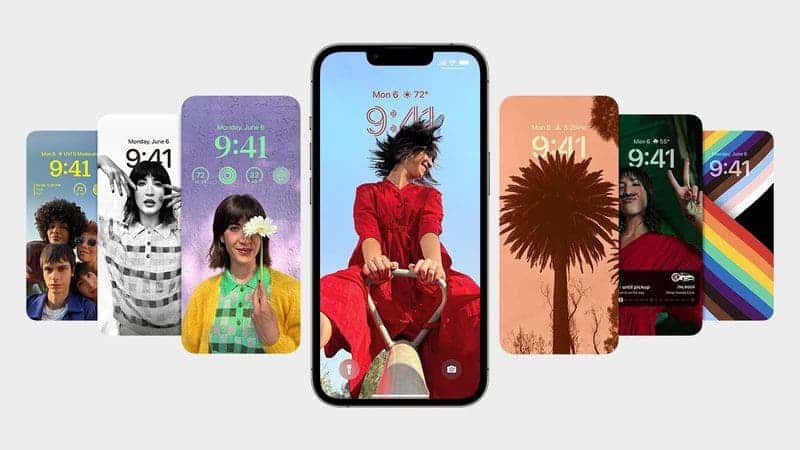 The status bar will also change as the available space at the top of the screen increases. The cellular signal indicator will move to the left, and the notification center will redisplay the full screen. When the screen locks, the device also locks and there will be no display of the status bar. Notifications will be part of the always-on display experience. Like a normal lock screen, notifications will scroll in from the bottom each time and remain vaguely visible for 10 seconds. Once the display is woken up, the notification will animate from the bottom and continue with user-defined settings for how the notification is displayed on the lock screen (such as count, stack, or list).

iOS 16 introduces the ability to temporarily edit or unsend an iMessage, as well as the ability to mark an iMessage conversation as unread after it’s opened. Apple allows users to edit iMessages up to 15 minutes after they are sent, with up to five edits per message. However, users should note that recipients can see a record of edits made to the message. Also, on devices running iOS 15 or earlier, the edited message is received as a new message that says “edited as [new message]”. 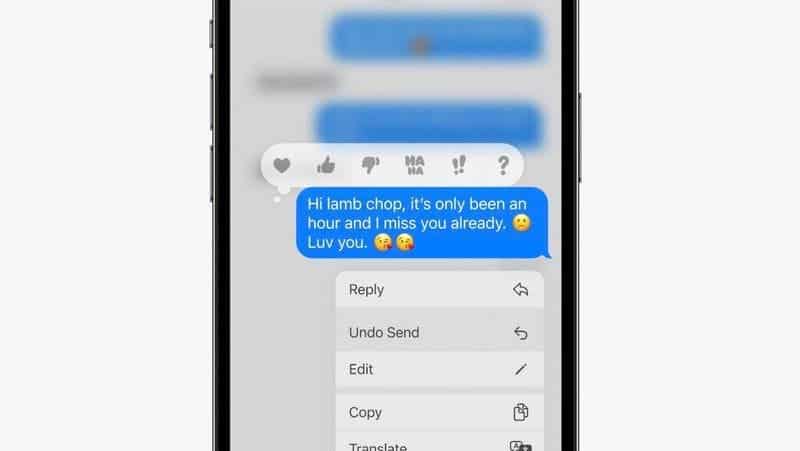 To edit or unsend a message, just tap and hold on to the bubble and select the appropriate option in the menu that appears. Edited iMessages are marked as “edited” below the message bubble.

Join GizChina on Telegram
Read Also:  Gurman: Apple October event will not take place at all

3. Use a full-screen music player 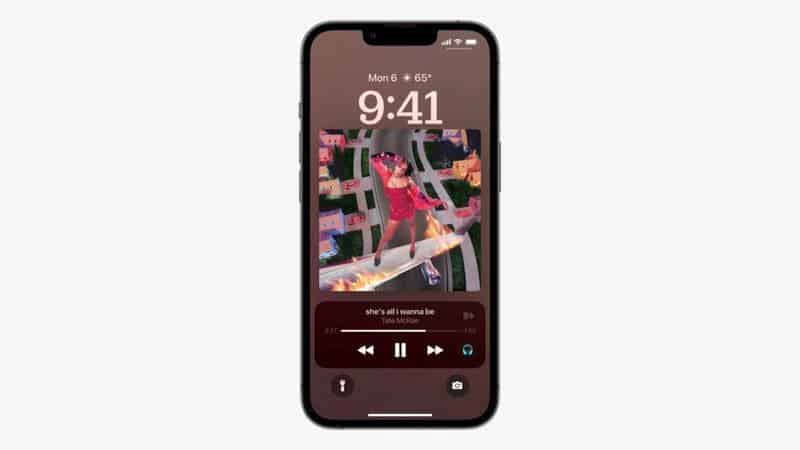 iOS 16 Beta 3 adds a full-screen music player, and Beta 5 introduces real-time mini-visualization graphics that change with audio playback. It also has new animations when users click the play/pause button or the forward and back buttons. The animation feels very elegant and smooth and provides great detail.

Apple’s iPhone supports many Bluetooth game controllers on iOS 16. This includes the Nintendo Switch’s Joy-Cons and Pro controllers. iPhones running iOS 16 can be used with a single left or right Joy-Con, or as a single controller at the same time. This is a change from the iPhone’s existing compatibility with PS5 DualSense and Xbox Series X controllers since iOS 14.5 was released last year. 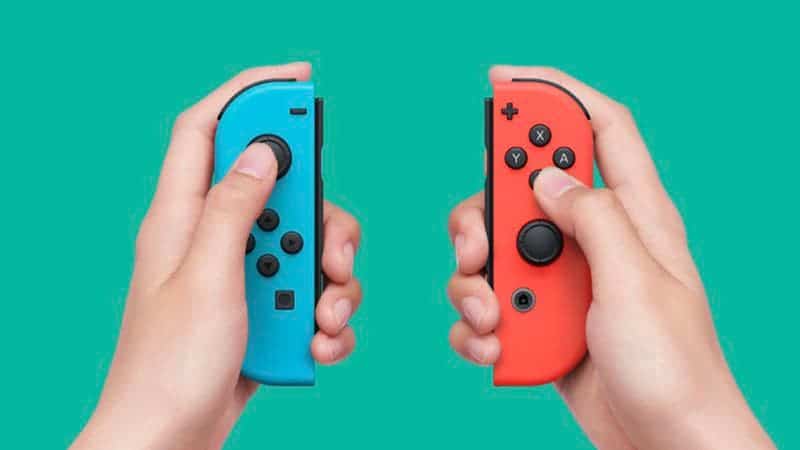 Apple Pay on iOS 16 provides new built-in order tracking information in the Wallet app. This tracking feature works for online orders that users complete through Apple Pay. The tracker provides an estimated delivery date for the order and indicates when the package will be delivered. This is a feature that many Apple fans will appreciate because of its convenience. 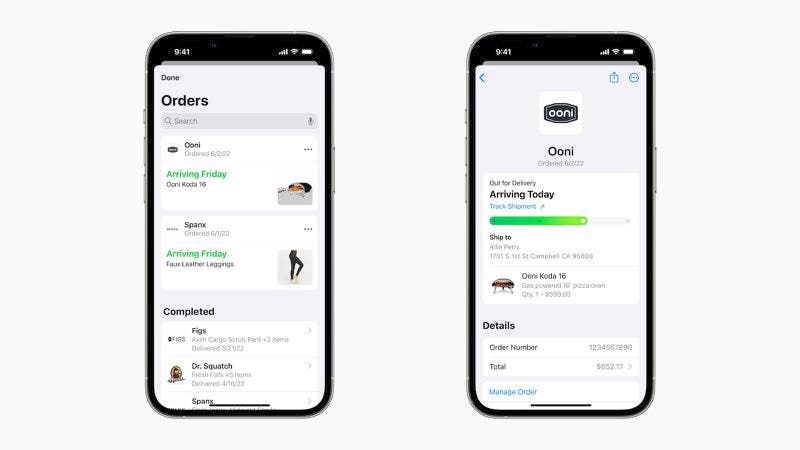 6. Use fitness apps without an Apple Watch

Starting with iOS 16, all users can use fitness apps on their iPhones even without an Apple Watch. The app features a daily activity ring that relies on the iPhone’s motion sensor. This enables the phone to estimate how many calories and steps an individual burns each day. During the iPhone 14 event, Apple announced its Fitness+ service. According to users, it will be available to iPhone owners without an Apple Watch later this year. Also, this feature is currently available in 21 countries. A Fitness+ subscription is priced at $9.99 per month or $79.99 per year. 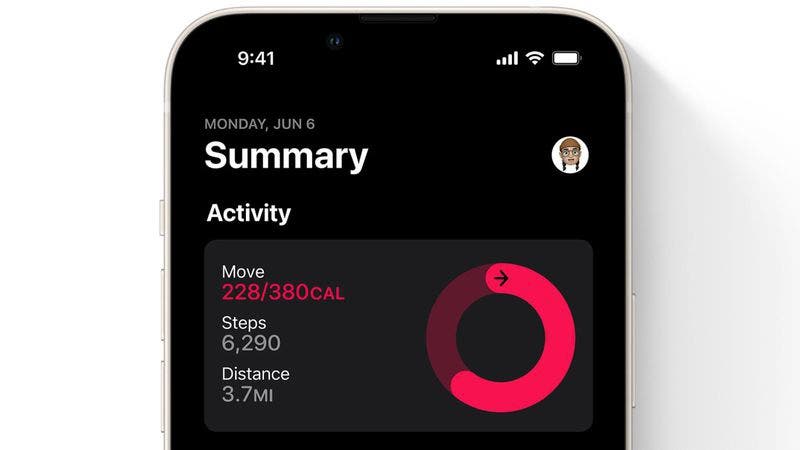 There is a long list of iOS 16 features and it will take some time for users to get details on all the upgrades. While some features are new, others only have tweaks that make them feel new. Either way, there is a whole lot to explore on the iOS 16 system.

Previous United States To Do Business With Huawei Again, But At What Cost?