AnTuTu released the first test results for the iPhone 14 Pro and iPhone 14 Pro Max smartphones after their introduction. These devices have the most recent Apple A16 SoCs.

In particular, performance has risen by 17% for the CPU and by 28% for the GPU when compared to the Apple A15. The most significant GPU performance improvement in the Apple A series in recent years.

The CPU still includes two extremely fast cores and four energy-efficient cores, while the GPU has five cores. The Apple A16 is produced using a 4nm technology. Transistor density has grown by 6.6%. The frequency grew by 7%, while the number of operations per second climbed by 8%.

Apple claims that the A16 big and small cores may lower power consumption for equivalent performance by 20%. 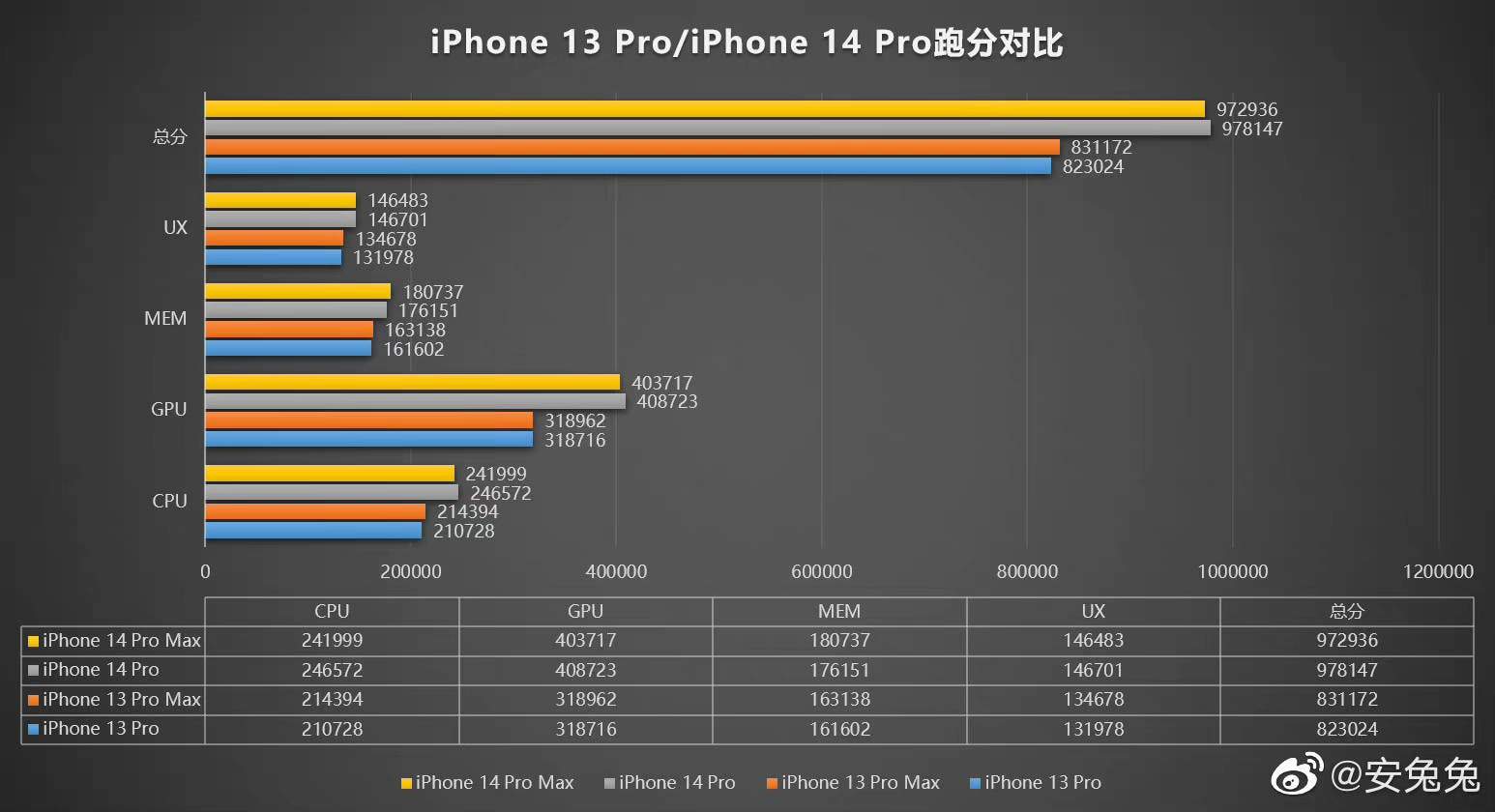 Yesterday’s 3.85% increase in Apple shares was the largest one-day rise since May 27 of this year. The closing price was higher than the 200-day average for the first time since August.

Overall, this year’s iPhone 14 Pro and iPhone 14 Pro Max are more interesting than last year’s models. All of this is possible because of a number of advancements. Such as the new Apple A16 platform, a 48-megapixel camera, and the new dynamic island.