In recent months, Ulefone has been obsessed in updating new models one after another. Among them also their latest rugged model. Armor 15 is certainly worth the attention and the Armor X6 Pro, Power Armor 14 Pro can’t be neglected either. And there are already leaks, that Ulefone will unveil another new model Power Armor 16 Pro soon. But before its debut, the official Ulefone website is running a warm up activity for this new contender in the Armor series.

According to Ulefone officials, the giveaway event for the coming Power Armor 16 Pro will start from September 15th and end at October 15th. The bonus varies from $50, $30, $20 to $10 and comes in 3/5/10/50 quantities respectively. Notably, two Power Armor 16 Pro are added to the lucky draw as well. Though the final price of the new arrival model has not been disclosed, it seems really cost-effective from the slogan of the pre-heat page on Ulefone Official Website. So what will the new member bring with the specs ? Will there be any interesting new highlight, innovative design or update?

Based on online sources, the Power Armor 16 Pro is going to be launched with the world’s loudest speakers with the highest volume. And the most affordable price. Besides that, it will come with a built-in glare flashlight on the top. Then it brings 9600 mAh mighty battery with OTG reverse charging like a power bank for laptops, iPad, and other devices. Furthermore  5.93-inch HD+ display for great viewing experience or Android 12 OS provides more secure, private and smooth experience. And the customized desk charging dock and protective case are compatible for the Power Armor 16 series as well. Last, but not least there is a professionally customized uSmart Expansion Connector on the left side of the Power Armor 16 Pro. Which can be connected with endoscopes, microscopes and other accessories. 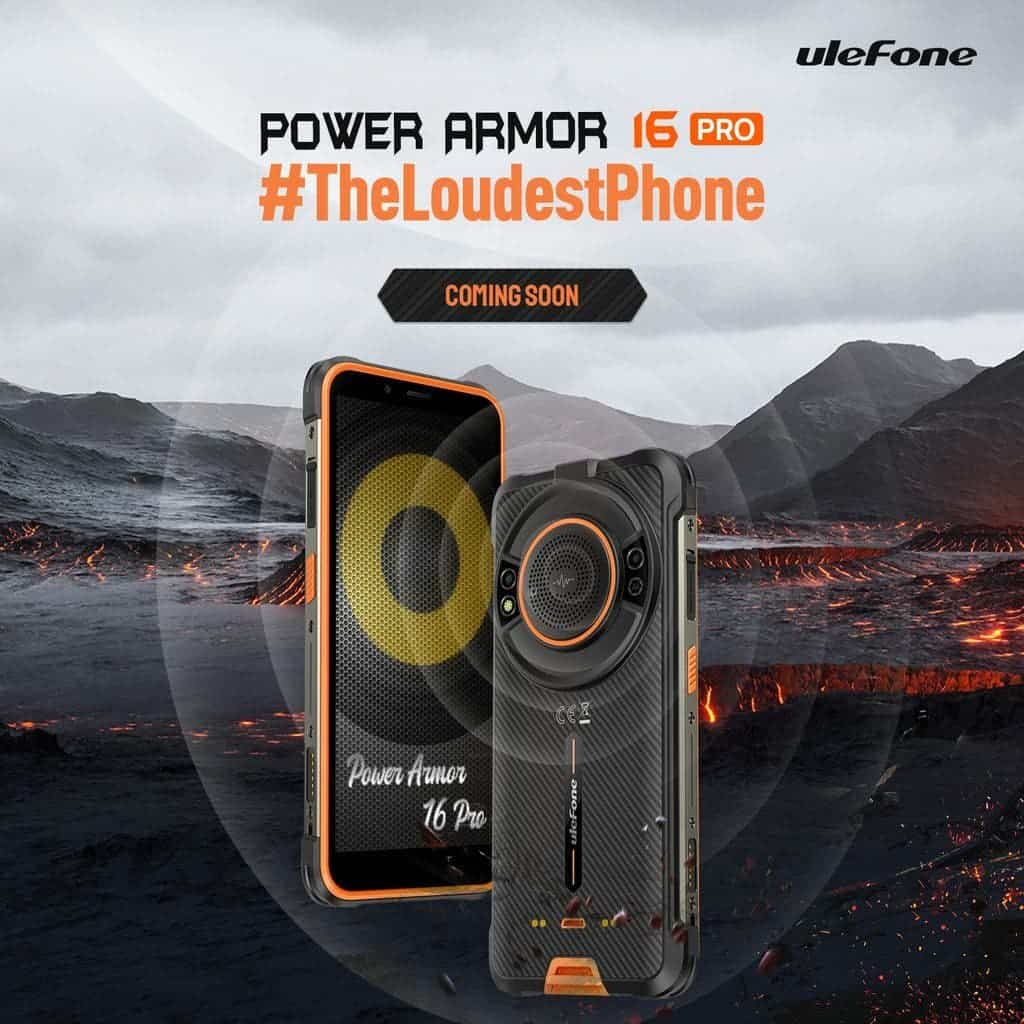 The giveaway event itself is quite big with plenty of value coupons and even including two free phones. Since Ulefone brand is popular all over the globe, the fans should take part in the event right away. More details about the event can be referred to the Ulefone Official Website.

Next Donner Dobuds ONE: Affordable, Stylish Earbuds with ANC!