The web version of Snapchat is now accessible to all users globally. The social network’s parent firm, Snap Inc., formalized it by using a press release to announce the debut of new features. Now, you may access the social network straight from the web browser on your PC.

The online version of Snapchat, which is accessed via www.snapchat.com and was formally introduced in the summer, was up until this point only accessible in a small number of countries and only to those who have a premium Snapchat+ membership. Among the first countries served were the United States, Canada, the United Kingdom, and New Zealand. The social network’s Web interface, which is now available in all countries, works best with the Google Chrome browser.

Snapchat messenger launched on the web and anyone can use it 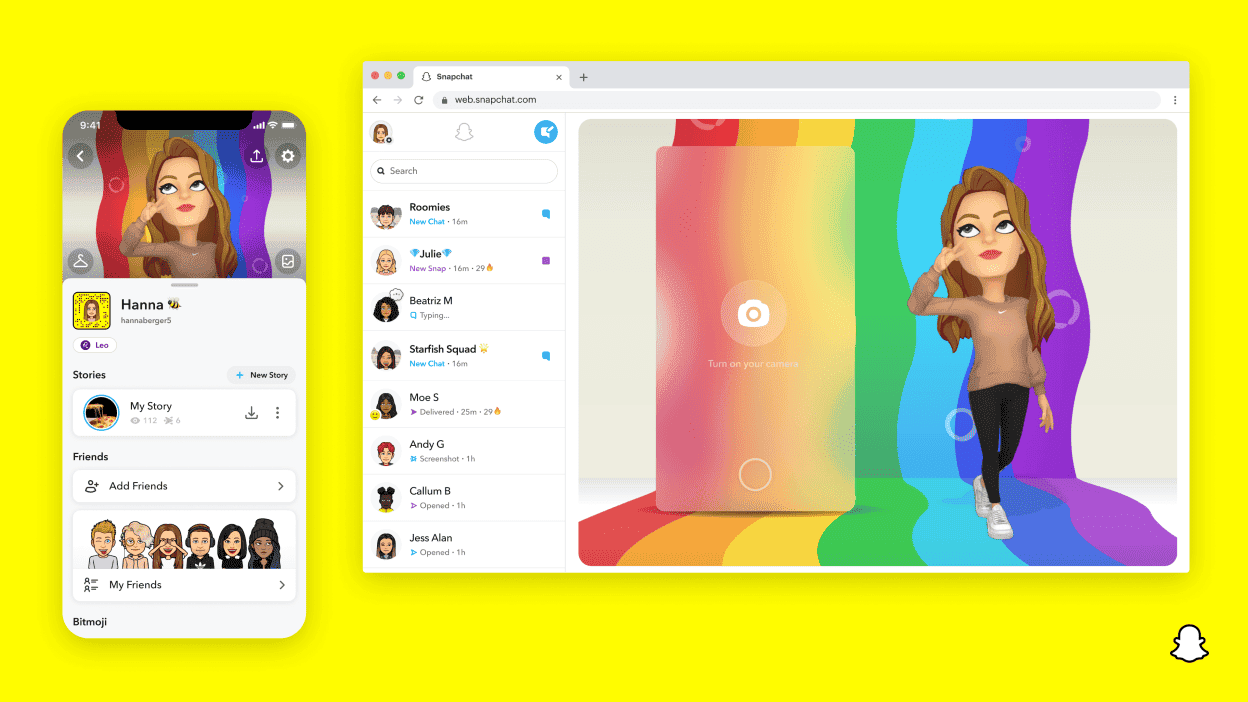 Also, beyond giving users a means to use the app on a larger screen. Snapchat for the web enables users to chat and start a video call in the same window. All of which are obviously in sync with the mobile app. A good thing for users who, according to a press release issued by Snapchat in July, uses the app’s voice and video calling function an average of 100 million times every month.

For everything else, Snap Inc. has announced the release of new widgets. It works with the iOS 16 lock screen for iPhones. For instance, a widget providing access to a particular Snapchat chat may be available right to the lockdown screen. In order to identify and access the most crucial discussions more quickly. The platform now adds a new system of shortcuts that we can pin to the top of the Chat tab. Additionally, these shortcuts will show the approaching birthdays of your contacts. And enable you to get reminders if you have not yet responded.