Snapchat features like snaps, chats, and video calls are coming to computers through a new web app. This is the first time the company has made its service available beyond smartphones.

Snapchat is finally expanding beyond smartphones. Snap has just announced that Snapchat will now be available on the web to allow users to send photos and chat with friends through video calls. The web app offers some of the features that make Snapchat one of the most popular messaging apps.

In particular, it will ensure an uninterrupted chat experience by allowing you to start a chat on your smartphone and then continue the conversation where you left off on your PC. Snapchat for the web will allow users to initiate and receive video and voice calls, as well as send text Snaps. Popular features like Chat Reactions and Chat Reply are available from launch, while Lenses will be available later. Unfortunately, not everyone will be able to enjoy it. 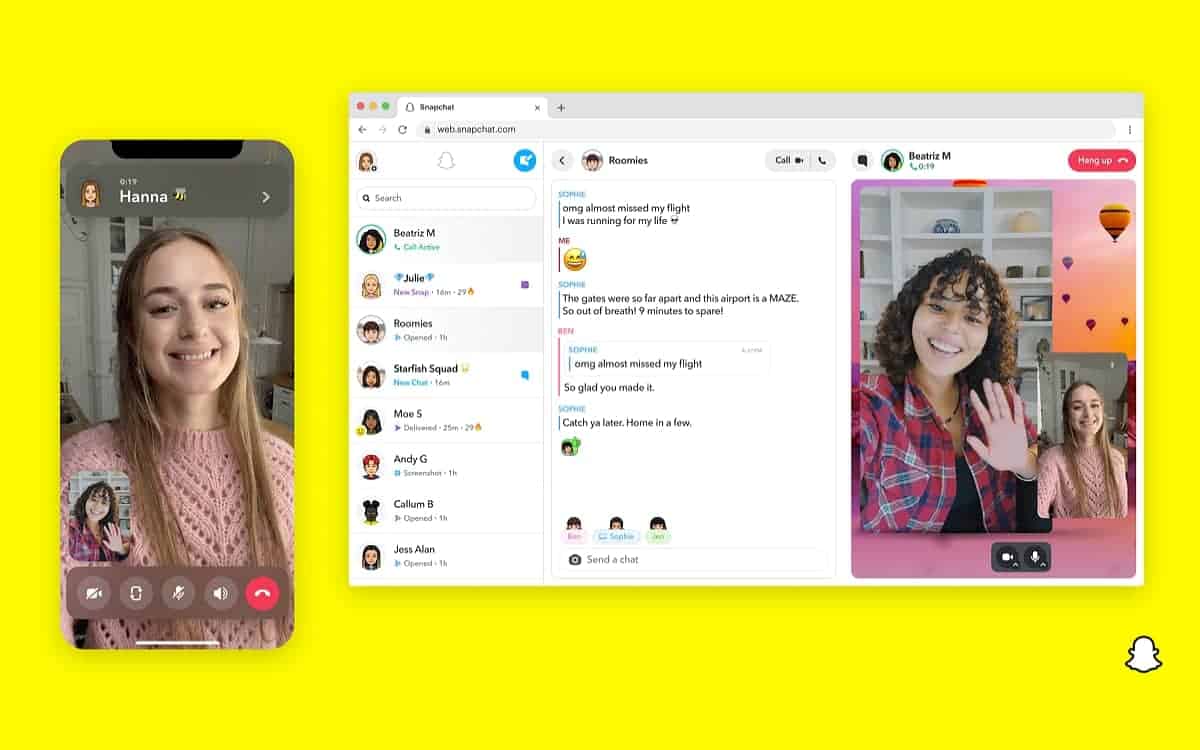 In its statement, the company said the feature will be exclusive to Snapchat+ subscribers from July 18; and will begin rolling out to subscribers in the US, UK, Canada, Australia and New Zealand. As a reminder, Snap had launched Snapchat+; a paid version of the  application, at a price of $3.99 per month. Launched in several markets, it was a major step in moving away from the old revenue model that relied primarily on advertising.

The company plans to make this new feature available to all of its users in the future, according to its announcement, though without offering a specific timeline. Snapchat for Web is giving over 300 million users a new way to log into the service; so fans of the app should be thrilled. Finally, we know that the browser version of the app works with Windows, MacOS and Chrome OS.

Next Netflix: you will soon have to pay to use your account in another place