Amazon is known globally for its e-commerce business but the company does more than just e-commerce. The last Amazon Fire tablet was released back in 2020. The long wait for a new model is now over. After two years, Amazon finally updates its popular 8-inch model, the Fire HD 8. The new model is faster, lighter, and has excellent battery life. The new Fire HD 8 starts at $99.99. In addition, there is also a high-end Fire HD 8 Plus which starts at $119.99. 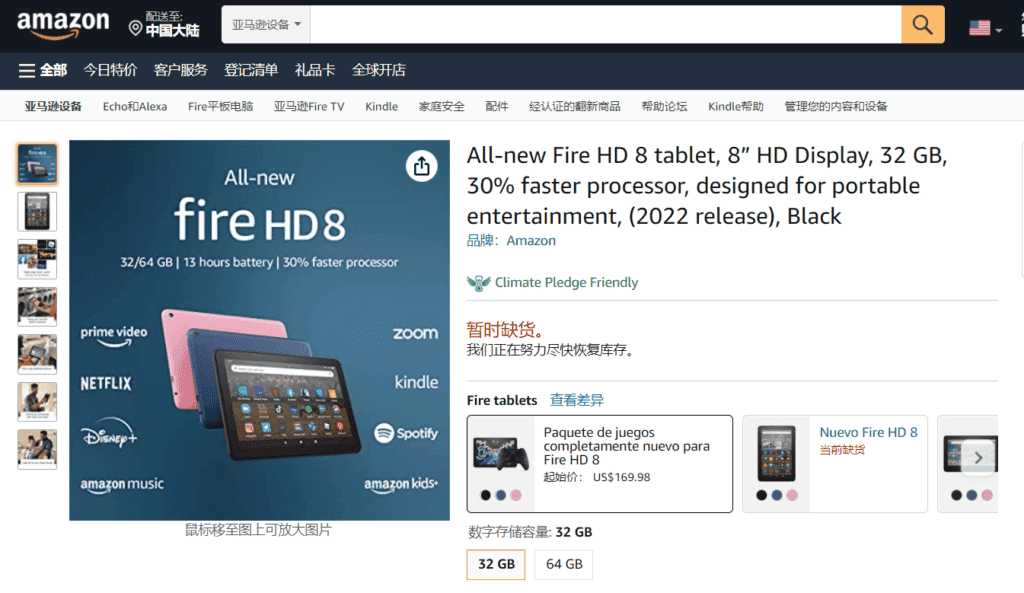 The Amazon Fire HD 8 is a budget device with an 8-inch 1280 x 800 display. This device also comes with a 2.0 GHz Hexa-core processor as well as 2GB of RAM. As far as storage options go, you can buy 32GB or 64GB of internal storage. Of course, users can also use the microSD card slot to expand the tablet up to 1TB. The device features a 2MP front-facing camera that can shoot up to 720p video. Amazon says the tablet can last up to 13 hours on a single charge but doesn’t specify what it will work for. The device also supports a USB Type-C port for charging, but it takes up to 5 hours to fully charge the device using the official charger.

The company has also launched the Fire HD 8 Plus, which has roughly the same specs, except that it will get more than 3GB of RAM. This version also supports wireless charging, a 5MP camera, and a faster USB charger. Amazon will also offer various bundles for the tablet, such as the Fire HD 8 Kids, which will come with a case, software, content perks, and parental controls. In addition, Amazon will also launch game bundles with the Luna controller stick.

The Amazon Fire HD 8 comes in three colours including black, denim and rose. The Fire HD 8 Plus is available in gray. If you own an older Fire tablet device, you can also get a 20% discount on your purchase. These new Fire HD tablets will be available starting October 19th

Previous Xiaomi Civi 2: The most beautiful smartphone in the company's lineup

Next Hydrogen production is more environmentally friendly in China