The Xiaomi 12T Pro smartphone’s global variant has appeared on the Geekbench benchmarking website with key specs. Xiaomi is on the verge of unveiling the 12T series smartphones. However, details about the upcoming devices have been popping up on the internet lately. 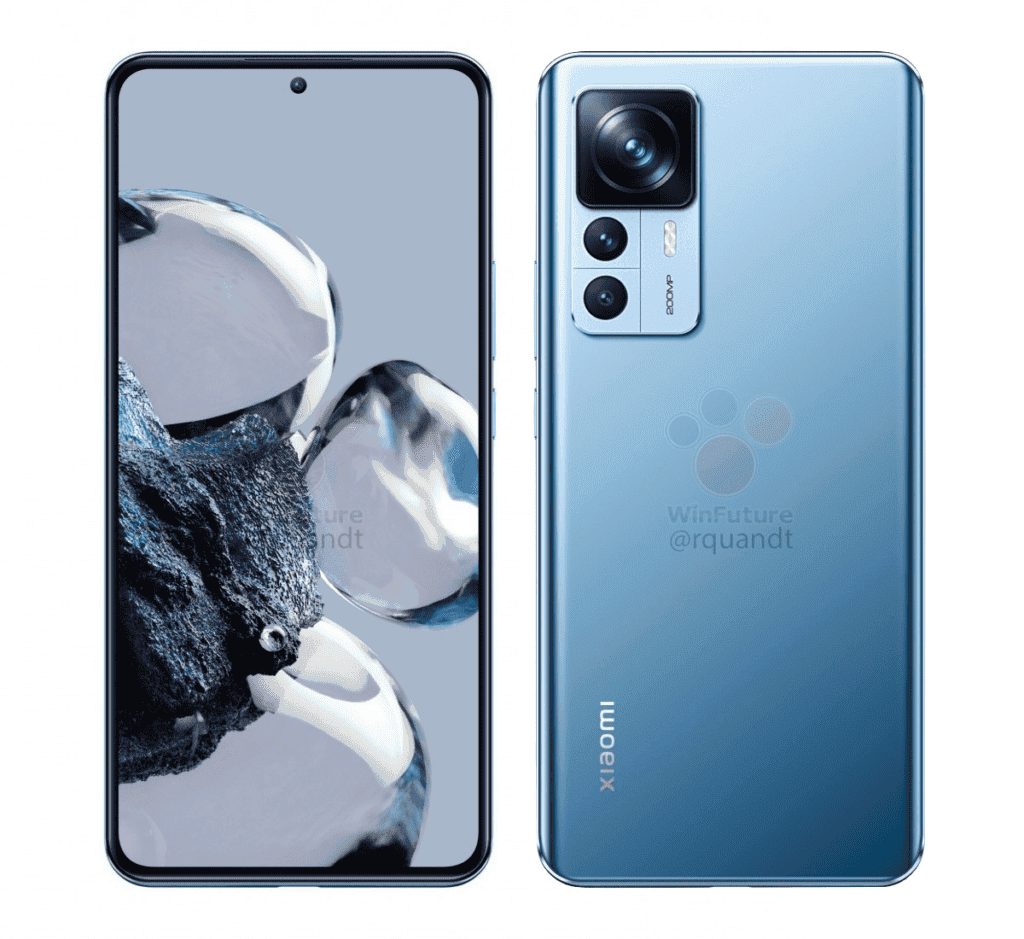 To recap, the 12 Pro’s camera details recently surfaced online, along with its price and other specs. Notably, the 12T series will include the base Xiaomi 12T and the Xiaomi 12T Pro smartphones. Also, the two devices have already passed through multiple certification websites.

The Xiaomi 12T Pro has appeared on the Geekbench website with model number 22081212UG. According to a report by NotebookCheck, the “G” suffix confirms it’s a global variant. Moreover, the Geekbench listing confirms the presence of an octa-core processor. This processor has four cores that run at 2.02GHz. 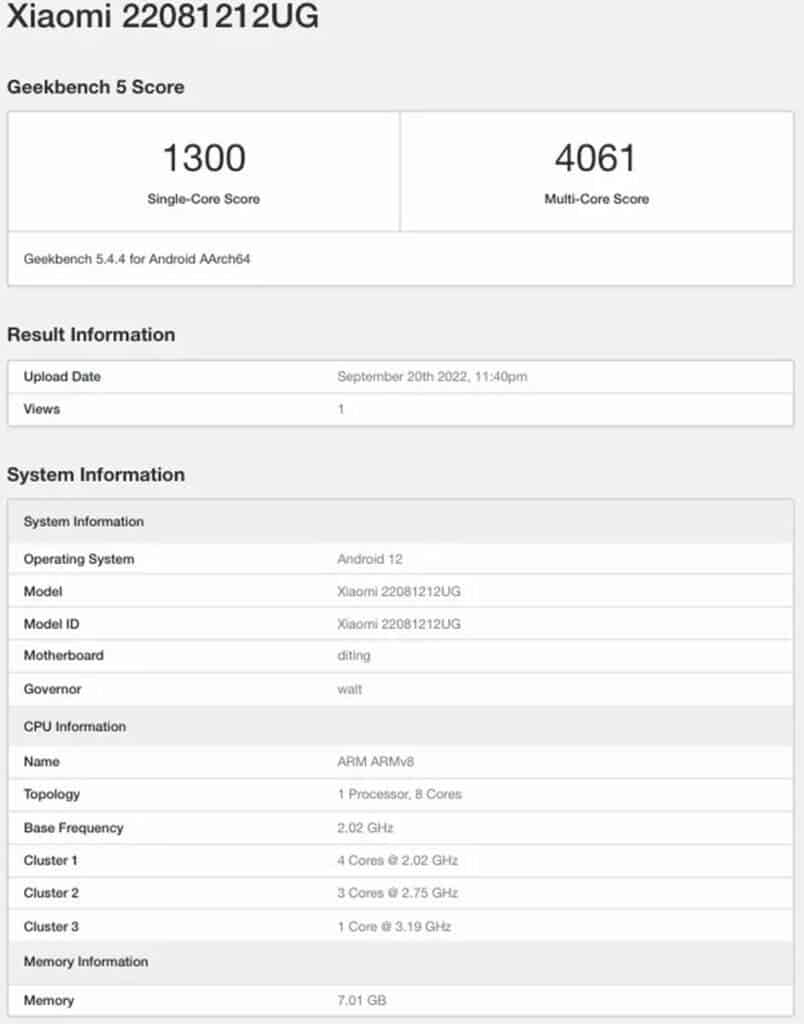 Also, the processor features three cores running at 2.75GHz, and one prime core that runs at 3.19GHz. This is reportedly the Snapdragon 8+ Gen 1 SoC. Furthermore, the handset will pack a competent Adreno 730 GPU under the hood. According to the listing, the 12T Pro will ship with 8GB of RAM. Moreover, it will offer a hearty onboard storage capacity of 12GB.

The 12T Pro will run the Android 12 operating system out of the box. Notably, the OS could feature a layer of MIUI 13 on top. The 12T Pro scored 1300 in Geekbench’s single-core test. Likewise, the handset gained 4061 points in the multi-core test. The smartphone will reportedly sport a Full HD+ display and feature an in-display fingerprint scanner.

Furthermore, it will reportedly have a punch cutout in the center of the screen for the 20MP selfie camera. It could house a 200MP Samsung HP1 sensor, an 8MP and a 2MP lens on the back. Also, it could use a 5,000mAh battery with 120W fast charging support.