A number of Samsung Galaxy Z owners who are not satisfied with the branded foldable smartphones are considering suing the firm over the devices’ claimed poor quality and the alleged ineffectiveness of its authorized repair services. 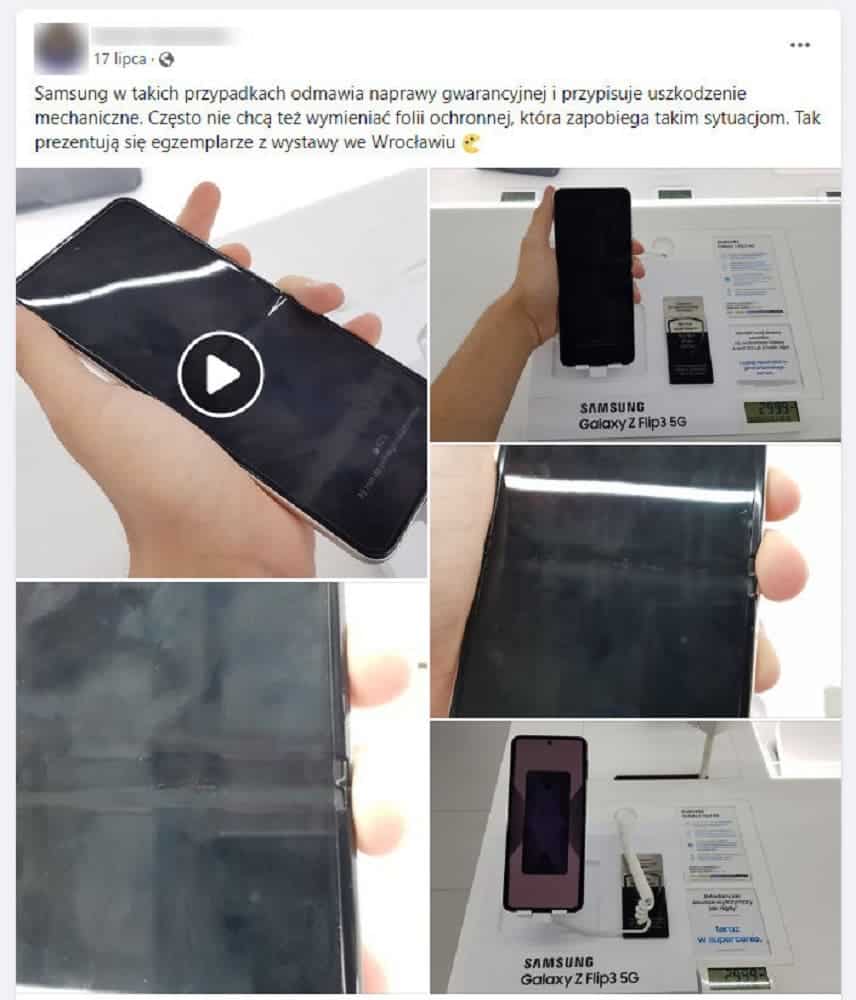 More and more owners of Galaxy Z family devices are joining the effort to sue the Korean company as a class, according to the Polish news site Instalki. They claim they are unhappy with the quality of the products because they cost more than 1,000 euros. And, in the case of the Galaxy Z Fold series models, almost 2,000 euros.

So, there are already around 1,100 members. Who primarily complain about issues with the protective film that covers the devices’ screens. They claim that after some time of use, the central hinge component ends up rising.

For its part, Samsung says that the impacted consumers should visit one of the approved repair locations. Where the protective film will get a replacement for free within the warranty term. Some customers. However, report that their experiences were very different from what they had anticipated. And that the guarantee’s repair did not accept fixing thier devices.

Now, it is not certain if the case will go on. Samsung, for its part, remained silent on this incident as well. So we will keep watching the development of events.

No matter how hard Samsung and the other companies work to improve the reputation of their foldables in terms of resistance, the experience of users who decide to give this type of device a chance seems to be very different from what these companies promise. However, if one thing is clear, it is that the durability of foldable smartphones continues to be a contentious issue.

Next Samsung will also equip its smartphones with satellite connection