Oppo is keeping a low profile when it comes to the flagship segment. While we know that the company is working on the Oppo Find X6 series, nothing concrete has emerged. Meanwhile, the company is filling the market with new mid-range contenders. According to a new leak, the company is planning to launch a new Oppo A77s in India. The device will launch alongside the budget Oppo A17s. Today, the Oppo A77s had some of its specifications on the Geekbench benchmark.

The Oppo A77s put its muscles on proof via the Geekbench benchmark website. The listing confirms the phone’s model number as CPH 2473. It also details some of the device’s key specs. It will run with the Qualcomm Snapdragon 680 SoC. It’s not a big surprise, after all, it’s one of the favorite choices of brands in the mid-range 4G market.

The Oppo A77s sports the budget 6nm processor. It brings the Adreno 610 GPU which is moderate for gaming tasks. Furthermore, Geekbench confirms 8 GB of RAM. We expect Oppo to pair this one with 128 GB of Internal Storage. As usual in the category, the phone may also bring a micro SD card slot. When it comes to the score, the device got 380 points in the Single Core tests. Meanwhile, the multi-core department brought a 1,657 score. 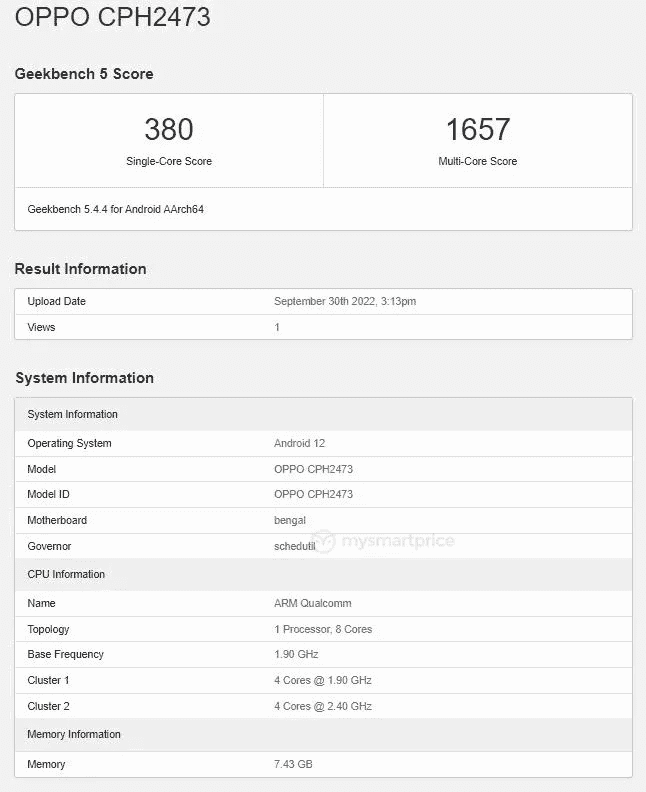 The Oppo A77s will feature a dual-rear camera setup. It will comprise a 50 MP main camera and a 2 MP depth sensor. For selfies and video calls, the Oppo A77s will sport an 8 MP shooter. Obviously, photography is not the focus here. Anyway, the device may capture decent stills depending on the scenarios. 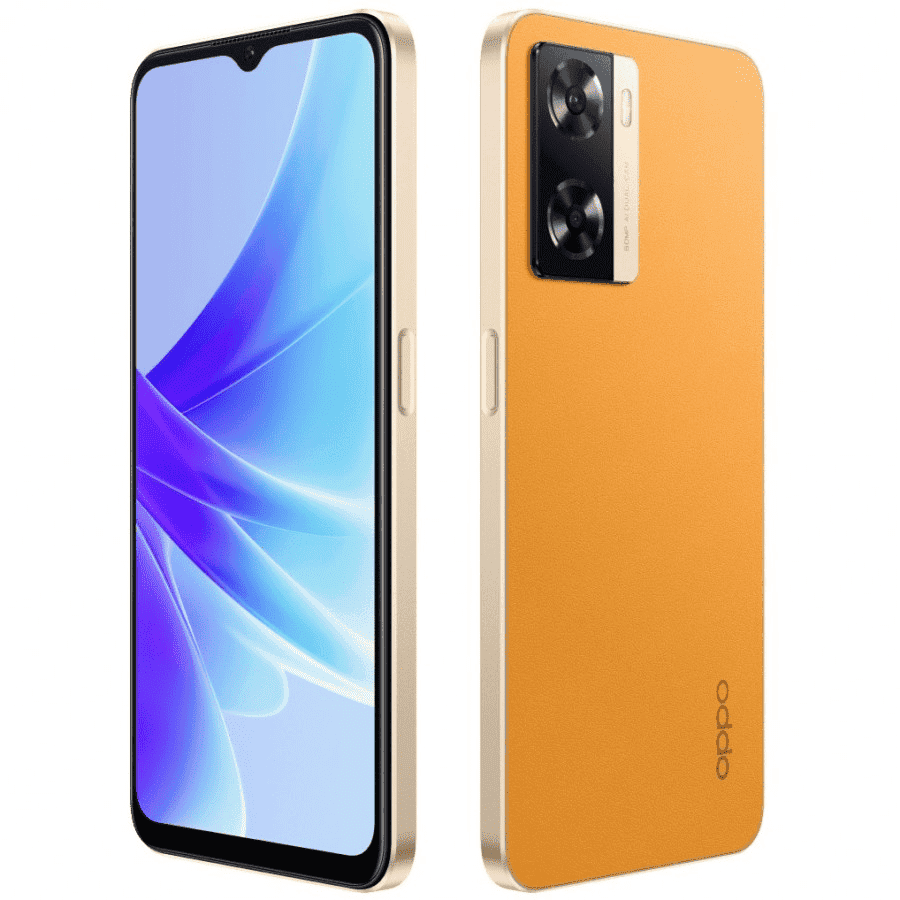 The phone will have a 6.56-inch LCD screen with HD+ resolution and a 90 Hz refresh rate. The design involves a waterdrop notch cutout for the selfie camera. Another trademark feature is present here – a 5,000 mAh battery. It will come with 33W fast charging. The Oppo A77s will be 7.99mm thick and will have 187 grams of weight.

The device will launch in Sky Blue and Starry Black colors. We expect it to arrive as soon as in the next month.

Next Fitbit Sense 2, Versa 4 and Inspire 3 arrive in India