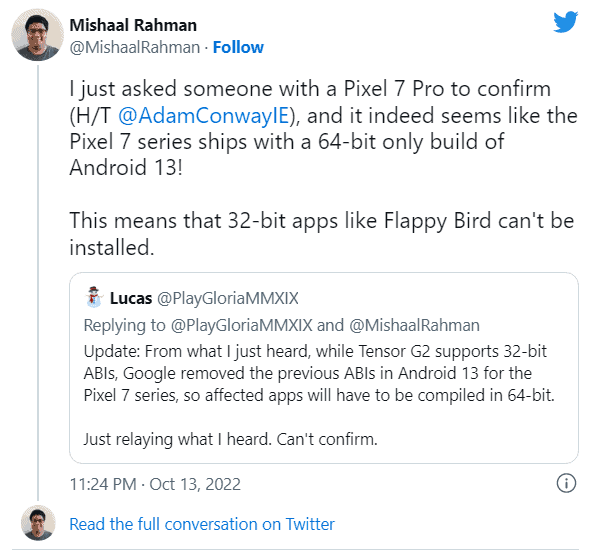 @MishaalRahman also points out that while Android 13 on Pixel 7 phones don’t allow 32-bit apps to run, internally, the OS is still using some 32-bit libraries. This implies that Google is intentionally preventing 32-bit apps from running. Most users will not be aware of this, because most applications already support 64-bit. Since August 2019, all applications on the Google Play Store must have 64-bit support. Last year, it stopped offering 32-bit applications without any 64-bit support. 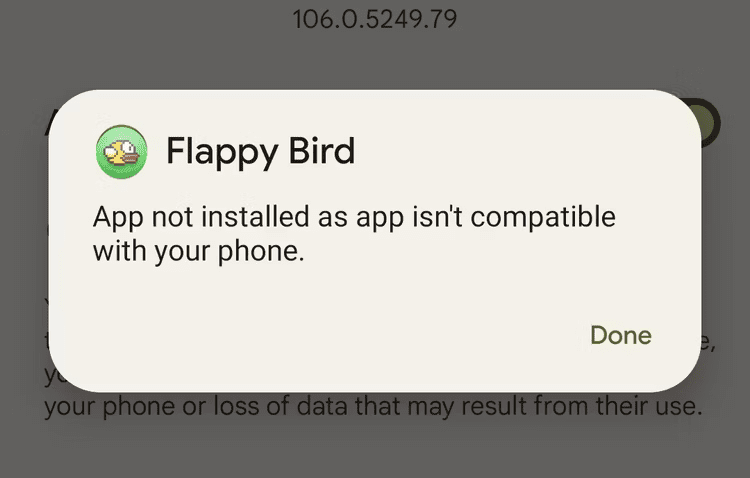 There are reports that the display on Google’s new flagship is a bit of a power drain. A smartphone’s display is often one of the most power-hungry components. Manufacturers have been working hard for years to optimize the panel to make it as efficient as possible. On the Pixel 7 Pro, the display seems to be using an extraordinarily high amount of power. XDA reports that the phone’s display would consume a lot of power when used at higher brightness.

Next Samsung One UI 5: All the features of the latest version