When Vivo announced OriginOS we thought that the company would migrate all its smartphones to it. However, this is not the case. For the Chinese audience, the company currently offers OriginOS Ocean. When it comes to Global customers, they’re served with Funtouch OS. This will keep a tendency for the next year. The company has just announced that overseas phones will receive Funtouch OS 13, and you can easily guess, is based on Android 13. So far, the list of eligible phones brings around 50 phones, which is very nice.

Funtouch OS 13 brings some improvements over the previous versions. Since it’s a heavily-skinned UI, it goes its own route in terms of customization options and features. The company is including an app pinning feature. There is also enhanced control through iManager and a new stabilizer ring in the viewfinder while taking photos. 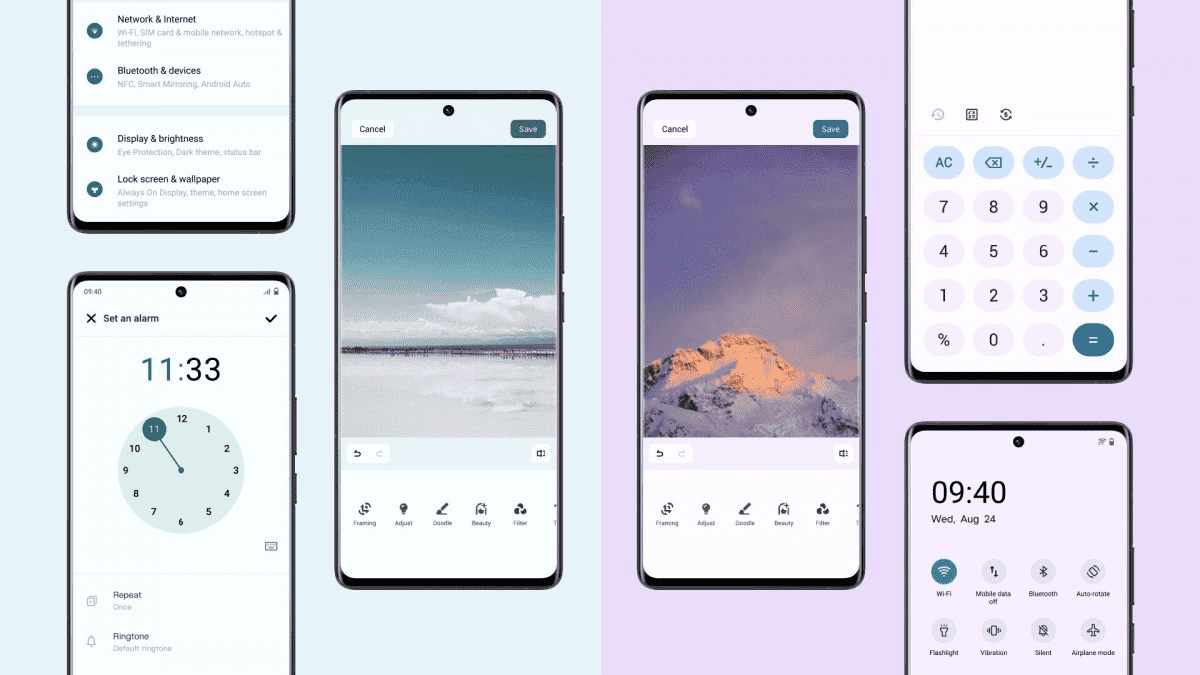 Funtouch OS 13 will also bring new ways to customize the home screen. In a perfect Monet fashion, you can set icons to match your background or system. The Settings menu can be in a single color, thanks to the Monochrome Icon feature. That’s a perfect style for those who miss the old Android look rather than the colorful icons introduced in recent versions. Interestingly, even Google switched to the old appearance after Android 9 Pie.

In addition to the app pinning feature, there are more security enhancements. Users can also hide certain photos from their devices. You can hide them straight from the gallery app in the three-dot settings menu. The company is also offering a new app called “iManager”. It gives users the option to have all the phone’s special controls in a single app. The new Funtouch OS 13 will allows users to easily monitor their app usage. In addition, you can easily close apps that are stressing your CPU. The app now can reduce active apps and adjust CPU frequency based on the phone’s cooling capabilities.

Through the native Video Editor, you can mute audio in certain segments of the video. It’s quite useful for some video apps such as TikTok and Reels. The Photo Editor also got some refreshments. For instance, you can easily edit the photos straight from the viewfinder.

Devices getting the update: 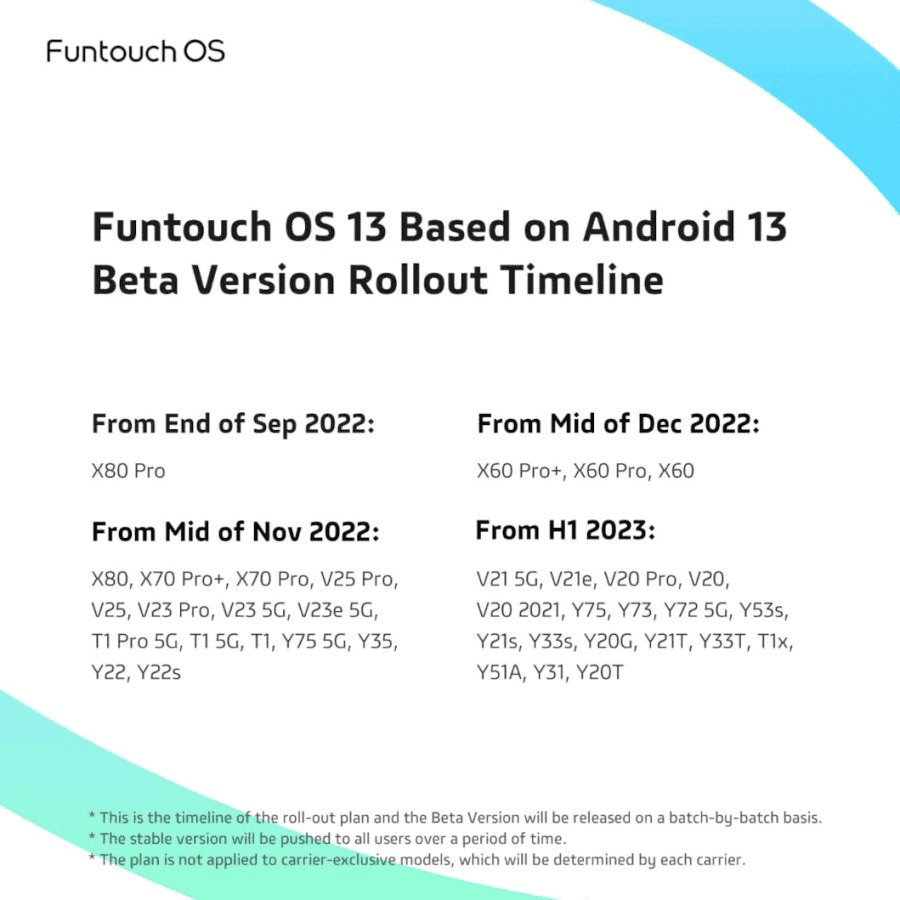 Vivo already revealed the phones that are in line or are already getting their FuntouchOS 13 betas. 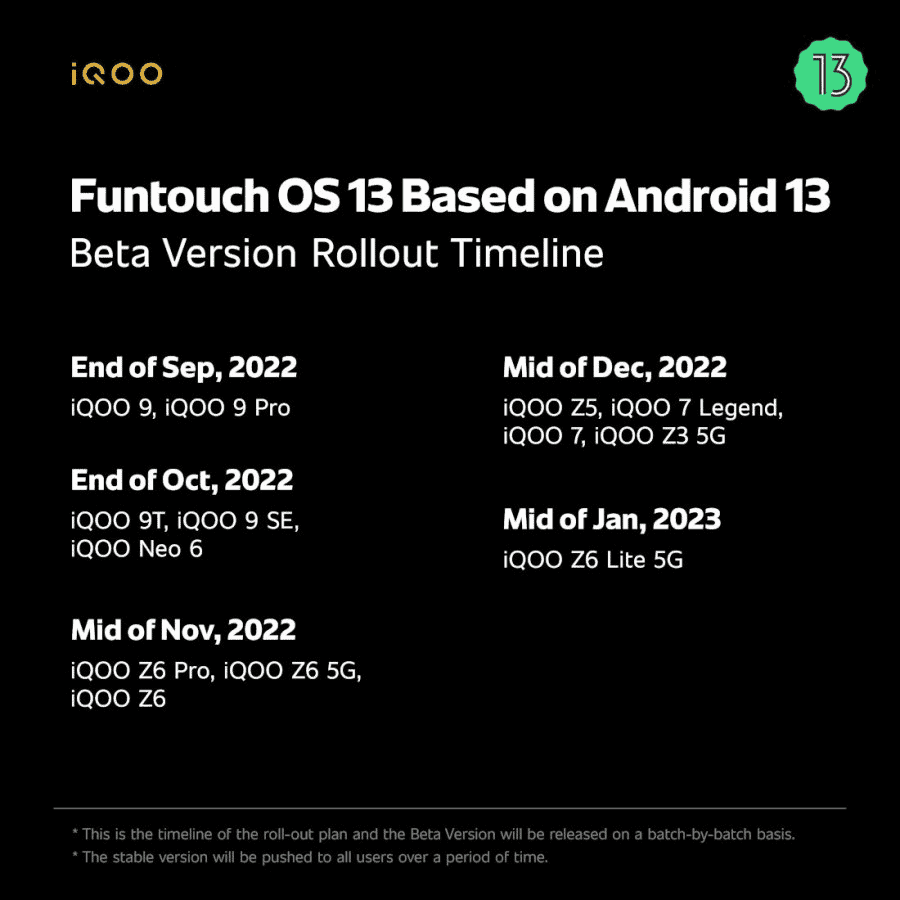 As you can see it also covers iQOO phones, that also run FuntouchOS 13. We expect upcoming devices like the Vivo X90 series to bring the update straight out of the box. The recently released iQOO Neo 7 already runs it.

Previous 5.5G will be 10 times faster than 5G reaching 10 Gbps in download

Next Here is when your Galaxy phone will get One UI 5.0 and Android 13