Oppo is busy with the imminent arrival of the Oppo Reno 9 series and the new foldables. However, there is enough time to fill the market with new mid-range contenders. Today, the company is introducing a new budget phone with 5G connectivity under the A-series. It’s called Oppo A1 Pro, and apparently, seems to be a part of a new branch of budget devices. The specs are quite interesting, and we’ll talk about them below.

The new Oppo A1 Pro reaches the Chinese market with specs that are not usually seen in the mid-range market. For instance, it packs a curved OLED screen with a 6.7-inch diagonal and Full HD+ resolution. The panel refreshes at up to 120 Hz. It has a centered punch-hole cutout for the selfie snapper. 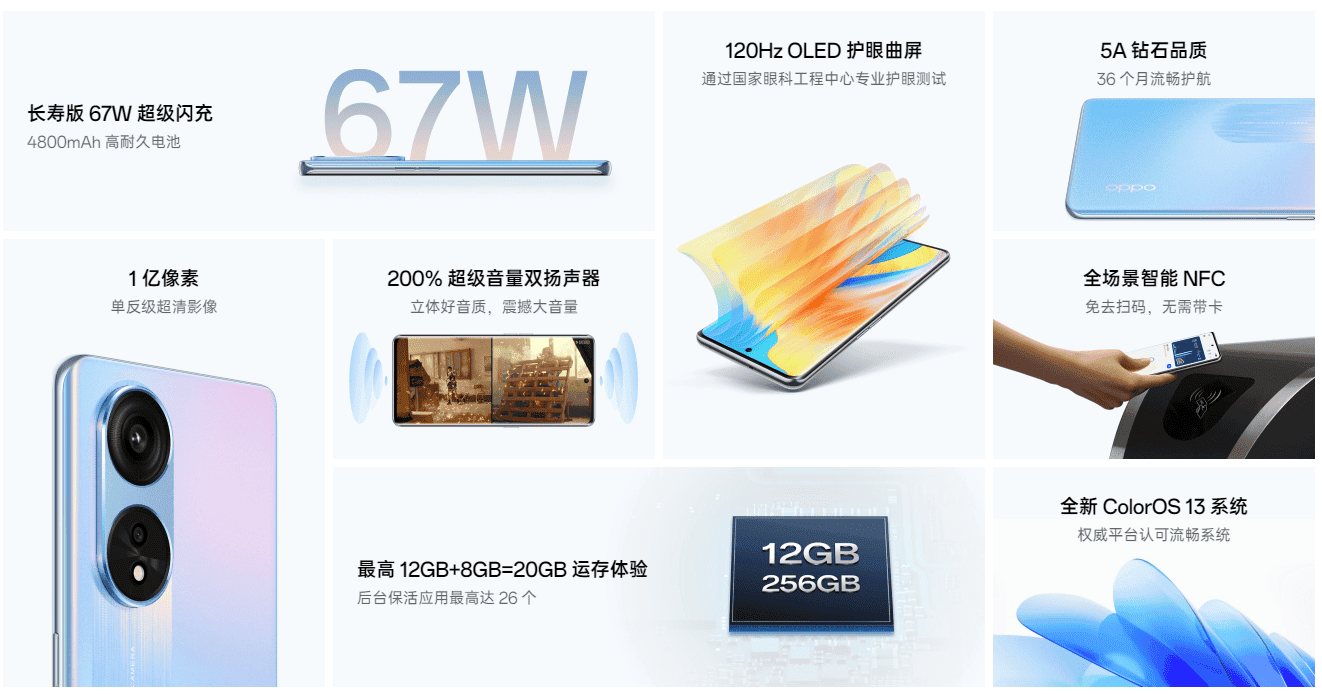 In the camera department, there is only a dual-camera setup. Sometimes simple is better, but in this case, only the main camera deserves the spotlight. The Oppo A1 Pro has a 108 MP snapper with a 1/1.67″ sensor size and 0.64 µm pixels. The secondary snapper is a 2 MP depth helper.

The Oppo A1 Pro draws its power from a huge 4,800 mAh battery with 67W fast-charging support. The phone runs ColorOS 13 with Android 13 straight out of the box. Last but not least, it brings NFC cashless payments and other related features.

Previous Snapdragon 8 Gen 2 Vs A16 Bionic SoC performance - Who takes the crown?