Qualcomm has given hints that the Galaxy S23 series will use a Snapdragon chip. However, Samsung itself has been silent. Benchmarks now confirm that Samsung also wants to use a Snapdragon SoC for its next generation of high-end smartphones in Europe. If you search the Geekbench database for the model number of the Galaxy S23 Ultra, you will no longer only see the US version with the suffix “U” on the model number SM-S918, but also a European model with the suffix “B “. 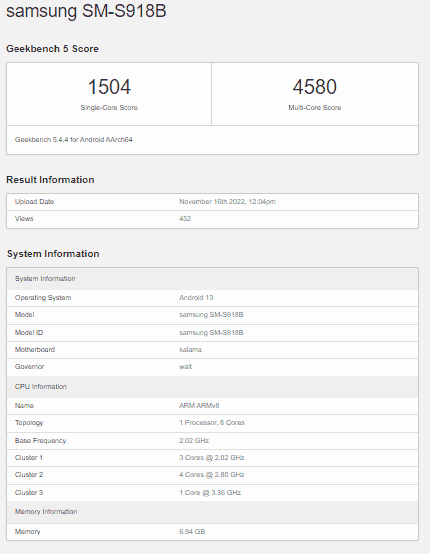 Geekbench does not list a Samsung Exynos SoC as the platform for the European version of the Galaxy S23 Ultra. For the Galaxy S22, GeekBench had a separate Exynos SoC model. For Galaxy fans in Europe, this is a very good thing. Snapdragon flagship processors are better than Exynos. However, Samsung only uses Snapdragon chips for the U.S. and Chinese models. This is about to change. 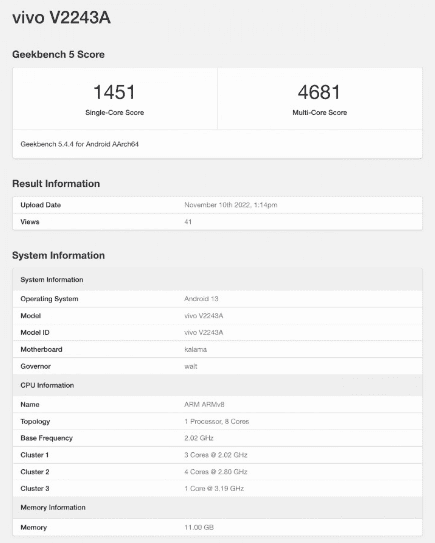 The Exynos 2200 in the Galaxy S22 was able to keep up with the Snapdragon 8 Gen 1. Nevertheless, there was criticism of not quite competitive energy efficiency and excessive heating. The Snapdragon 8 Gen 2, on the other hand, should ensure decent performance in Europe.

A new report also claims that the GPU of the Galaxy S23 will also be overclocked. The report reveals that the GPU performance will increase from 680MHz to 719MHz. As of now, we can not tell whether this chip will have a different name. Also, Qualcomm and TSMC obviously found a way to boost the performance of this chip. Whether or not this overclocked version will be exclusive to the Galaxy S23 remains to be seen.

Next Deep Learning & AI is getting better but can regular users pay?

Samsung Galaxy Z Flip5 to use a massive external display