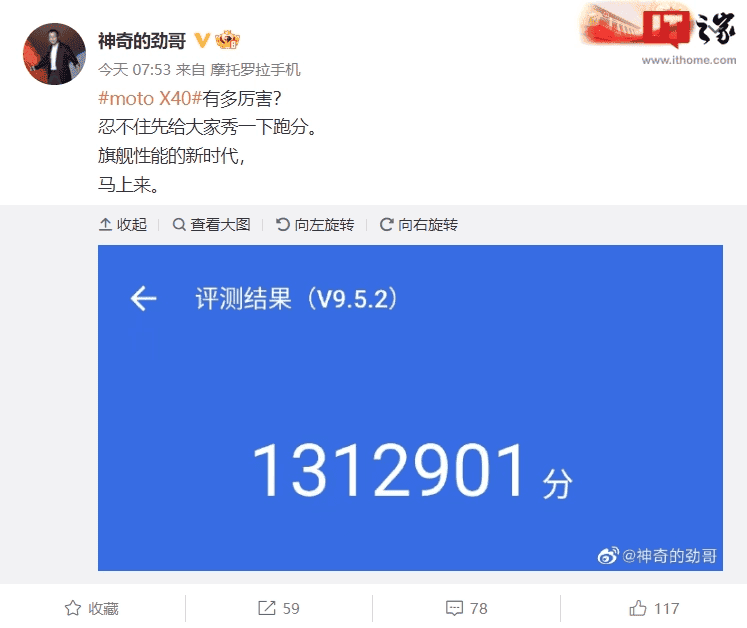 The alleged Motorola X40, set to reach global markets as Motorola Edge 40 Pro, has been spotted on AnTuTu with a score of 1,312,901 points. It’s an impressive score for sure, but benchmarks are just…benchmarks. It’s a good way to check the performance and compare it with other phones. But in the real world, there is a lot more to make a smartphone good. Of course, the Motorola X40 should bring impressive specifications to continue the legacy of its predecessor.

Motorola X40 with Snapdragon 8 Gen 2 to overcome its predecessor

The Qualcomm Snapdragon 8 Gen 2 brings 1 x ARM Cortex-X3 + 4 x ARM Cortex-A715 + 3 x ARM Cortex-A510. For the first time, we have a power-efficient cluster with just three cores. We assume that Qualcomm is confident its chipset is power-efficient enough and that just three cores are necessary. For now, we don’t know exactly when the Motorola X40 will reach the market. However, the company’s hype campaign states it is coming pretty soon. The teaser mentions “good at it as always”, “hat trick”, “cutting Hu” and so on.

According to the leaks, the Motorola X40 is the XT2301-5 phone that passed by TENAA. It will sport a 6.67-inch OLED screen with 2,400 x 1,080 pixels. It will pack an under-screen fingerprint scanner and will have a punch-hole cutout for the selfie camera. The phone will come in variants with 8 GB, 12 GB, and 18 GB of RAM. Storage will be 128 GB, 256 GB, or 512 GB. In terms of optics, the device brings a triple camera array with a 50 MP + 50 MP + 12 MP combination. It may be a main, ultrawide, and portrait respectively. The Motorola X40 will support 4x optical zoom. The reports are conflicting when it comes to the battery capacity. We are looking at something between the 4,450~4,950 mAh range. 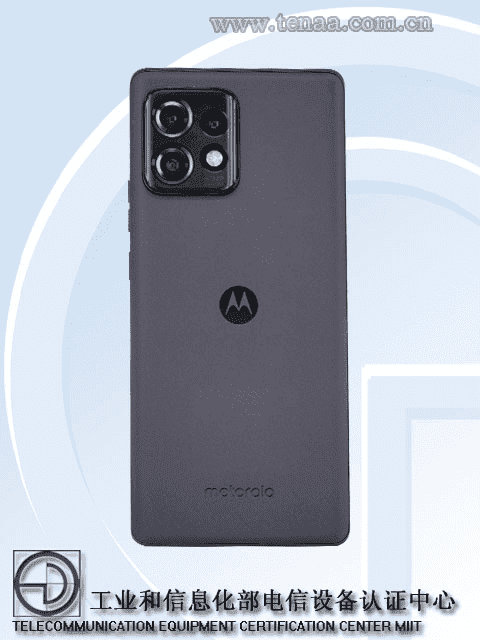 The phone cleared FCC certification with Motorola Edge 40 Pro moniker. It will land in China first as Motorola X40, but the global launch may happen shortly after. The global markets will also get a Motorola Edge 40.