JerryRigEverything YouTube channel has set out to test the durability of the Apple Watch Ultra. The subject of the premium Apple watch’s durability is one that deserves special attention.

According to Apple, the front of the watch is made of sapphire, a costly stone that is virtually as solid as a diamond. It is a synthetic gem that has a long and complex manufacturing procedure. The quality of sapphire used by Apple in iPhones is lower than that used by other companies, according to Zack, whose YouTube channel has made a practice of testing the strength and durability of iPhones. 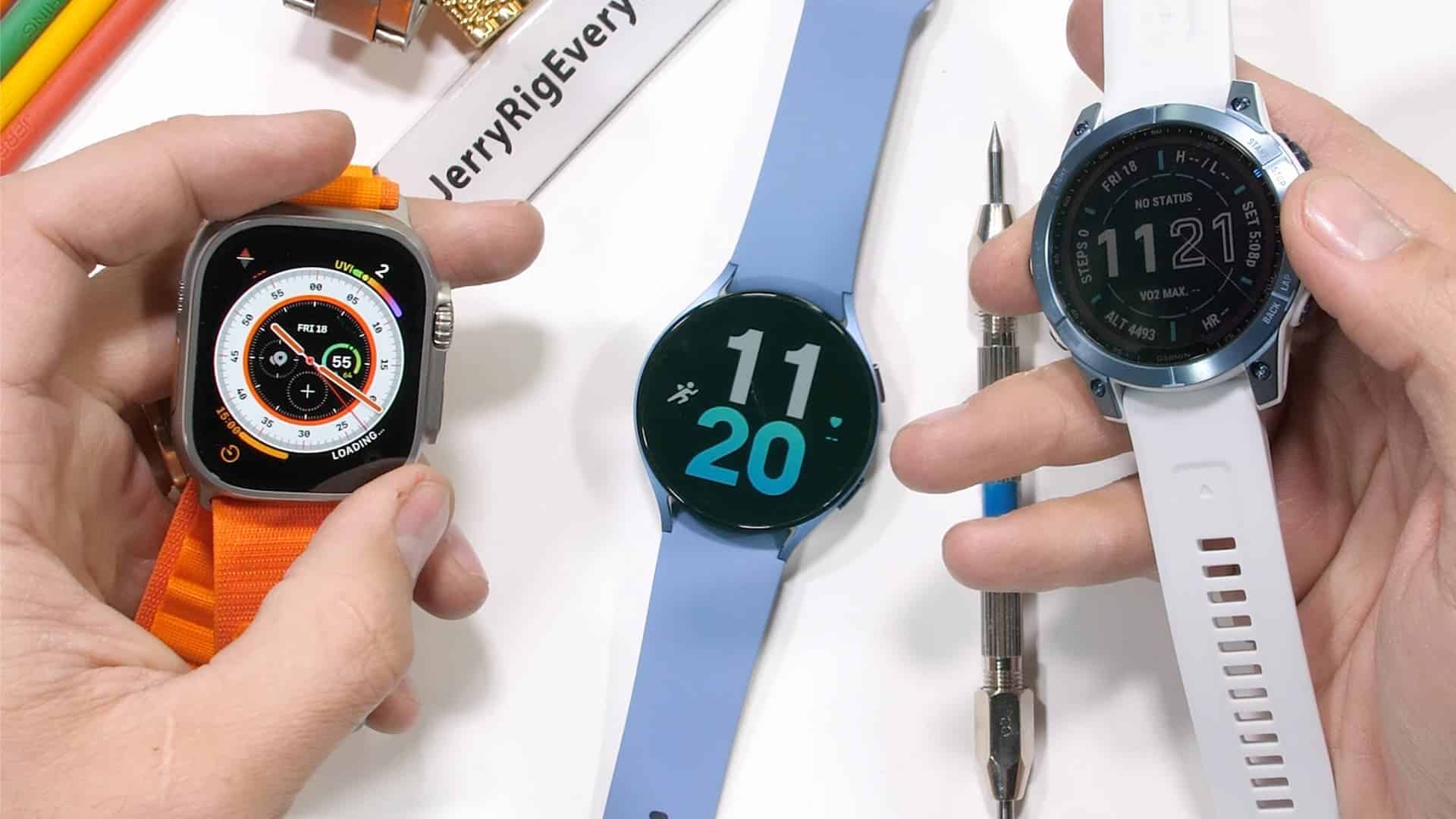 He makes the argument that the crystals of the Galaxy Watch 5 and the Garmin Fénix 7 Sapphire Solar are theoretically more resilient than the sapphire used in Apple handsets since the iPhone 5. When we consider the cost of the Apple Watch Ultra and the fact that the Cupertino firm is the most valuable company in the world, this information for Apple is pretty embarrassing. However, the Apple Watch is not a smartphone. As evidenced by the countless resistance tests that have previously shown its impenetrable hardness.

Does the Apple Watch Ultra actually include high quality sapphire? The cheapest watch of the group is the Galaxy Watch5, which costs about $300. While the Garmin Fénix 7 Sapphire Solar costs $1250, the Apple Watch Ultra is $799. We can tell that the three smartwatches are actually made of real sapphire by routinely scraping their facades. The Fénix 7 Sapphire Solar’s glass appears to be of higher quality, as the scratches are less severe.

On the Mohs scale, all three watches contain scratches that are at level 8, which is equivalent to sapphire’s hardness. Therefore, Apple did not misrepresent the components of its pricey watch. If we set aside its exterior design. The Apple Watch is a device with health features that have already saved lives.

Apple will begin its move to micro-LED displays in 2024