Google is always busy with its Android system. If the company is not fixing bugs, it is fighting malicious attacks or working on new features. The company will not sit idle until the next major update before it releases some good features for Android. The company recently announced some new Android features that will arrive during the Christmas season. In this article, we give a breakdown of these features and what to expect from them.

Top 5 Android features for this Christmas

Google is clearly laying hands on the possibilities of creating collages in Google Photos. Following the recent introduction of various styles, two new options are now being added to the range, designed by Australian artist duo DABSMYLA and renowned watercolor painter Yao Cheng. The features should be available in the Photos application soon. 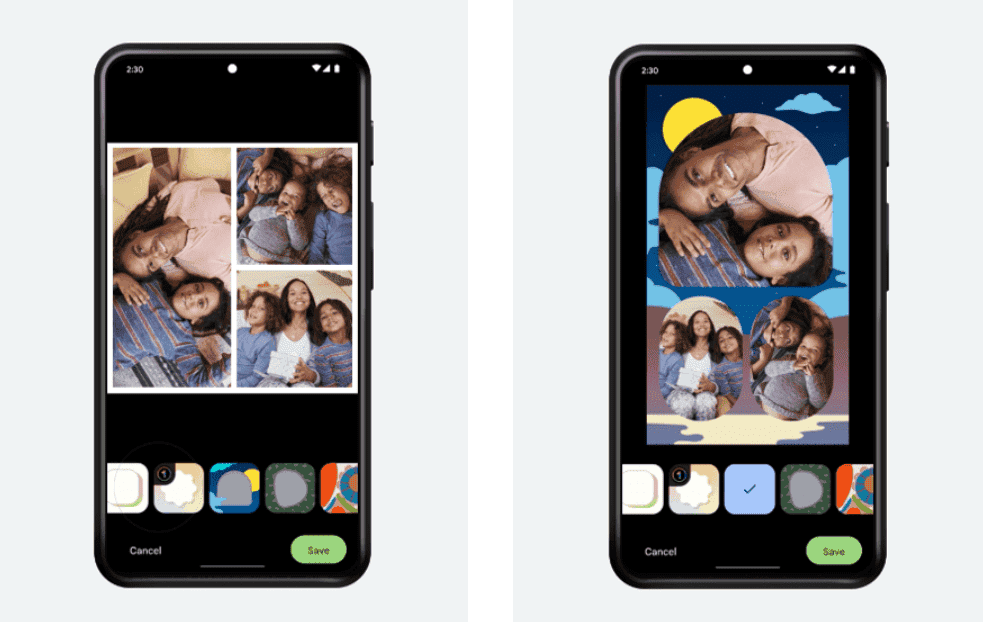 The company is expanding the emoji merging feature of GBoard. This allows users to connect emojis to new symbols. Google gives just one example of the new combinations and connects a wolf and a snowman to form a wolf with a top hat. Here it is up to users to explore the new possibilities themselves as soon as the app is updated.

A new YouTube widget for the home screen should act as a quick starting point for searches for videos, shorts or subscriptions. They also want to have simplified the transfer of content from the Google TV app, which should now be possible with a single click. You can continue browsing the catalogue while the content is playing.

After the introduction of digital car keys for the Google Wallet, it is now possible to share this access with family and friends. For the time being, this is only possible between pixels and iPhones, and selected Android 12 models will follow soon. The wallet app can then be used to select who has access to the car.

WearOS devices now get an overview of favourite contacts as well as a new display for sunrise and sunset. Google Keep for WearOS is getting an update, so notes should also look good on the small screen. Last but not least, Google Assistant learns on smartwatches to start over 30 workouts with a short command. Google summarizes all innovations in one overview.