Many people think the iPhone 14 and the iPhone 14 Plus have nothing in common with the Pro models. We understand that the latter models come from another galaxy. But still, the iPhone 14 is the base version. Well, we have decided to look through various reviews of this phone and understand what people like about it. Everything we will discuss below is not our assumptions or thoughts but what people praise in the new iPhone 14.

Also read: The iPhone 14 Is The Best-Built iPhone, Stronger Than The Pro Models

All iPhone 14 models, but the Pro Max has a larger battery than the iPhone 13 series. For instance, the iPhone 13 was packed with a 3227mAh battery, while the new model has a 3279mAh battery. Moreover, all four models provide an all-day battery life. In this regard, PhoneArena has conducted several tests to understand how this phone performs in various situations. In the video streaming test, our protagonist lasted 8 hours and 35 minutes; in the web browsing test, the result was 15 hours and 23 minutes; when playing 3D games, the phone lasted 6 hours and 44 minutes. But these numbers differ significantly from what the Cupertino-based company has previously provided. 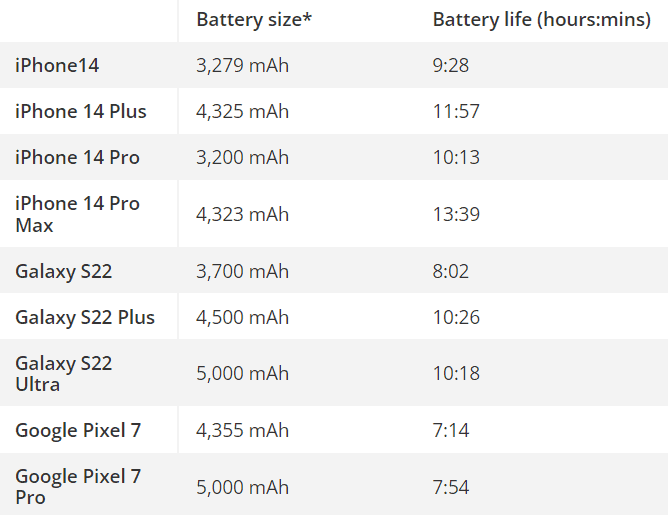 As for overall use and total endurance, here are the results shared by Tom’s Guide. 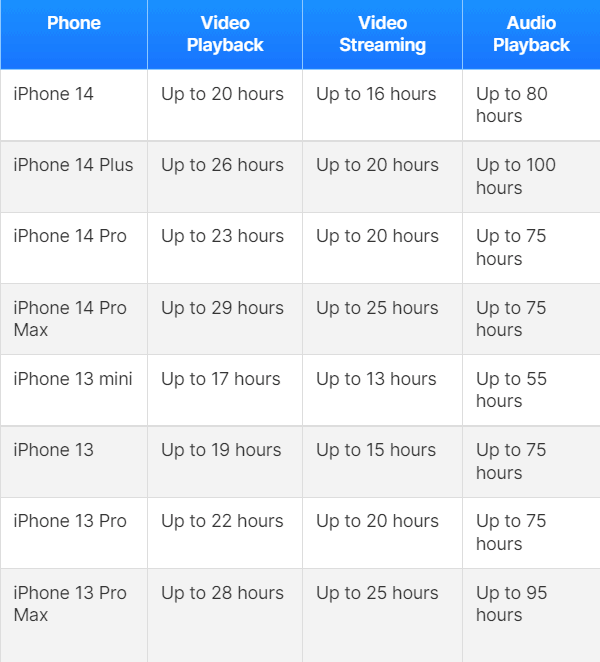 Lastly, as you know, DXoMark also holds the battery tests. On this platform, the iPhone 14 scored 112 points, ranking 63rd. 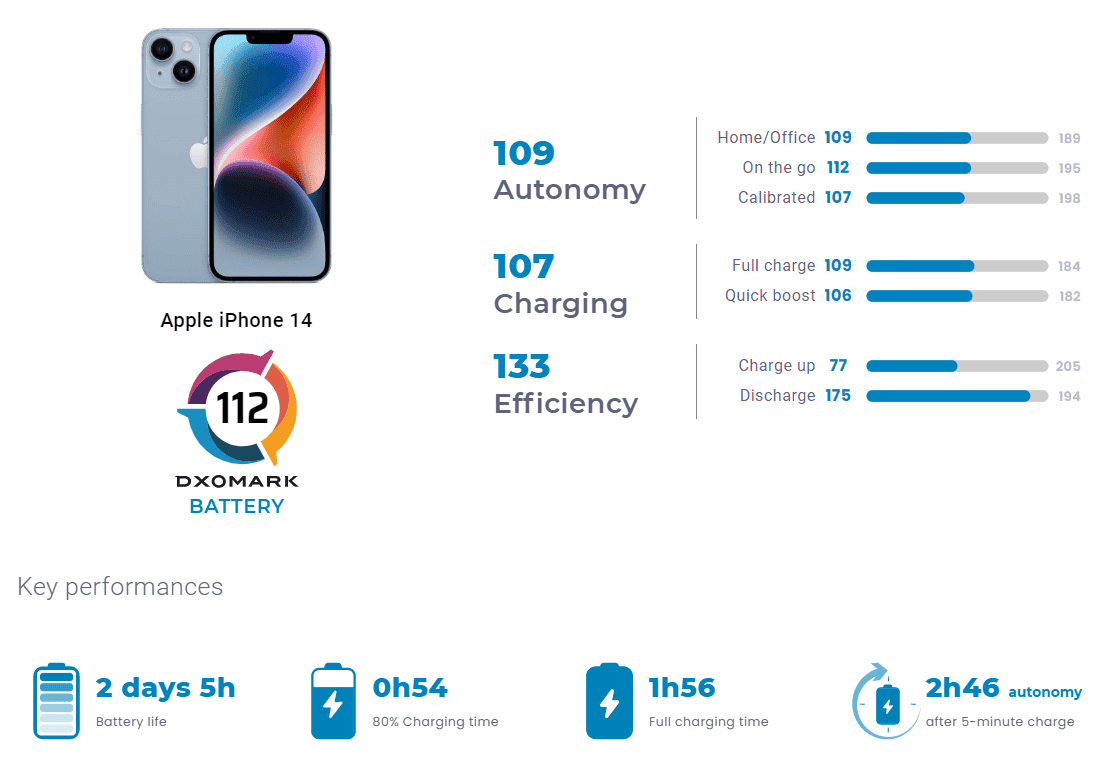 All models in the series come with selfie cameras that support auto-focus and have a wider aperture of f/1.9. If you are not aware, the wider the aperture, the more light it gets. Plus, it can blur the objects out of focus more accurately. As a reference, the iPhone 13 sports a front camera with an f/2.2 aperture and a fixed-focus. In effect, photos taken by the iPhone 14 are sharp, reproducing good colors. 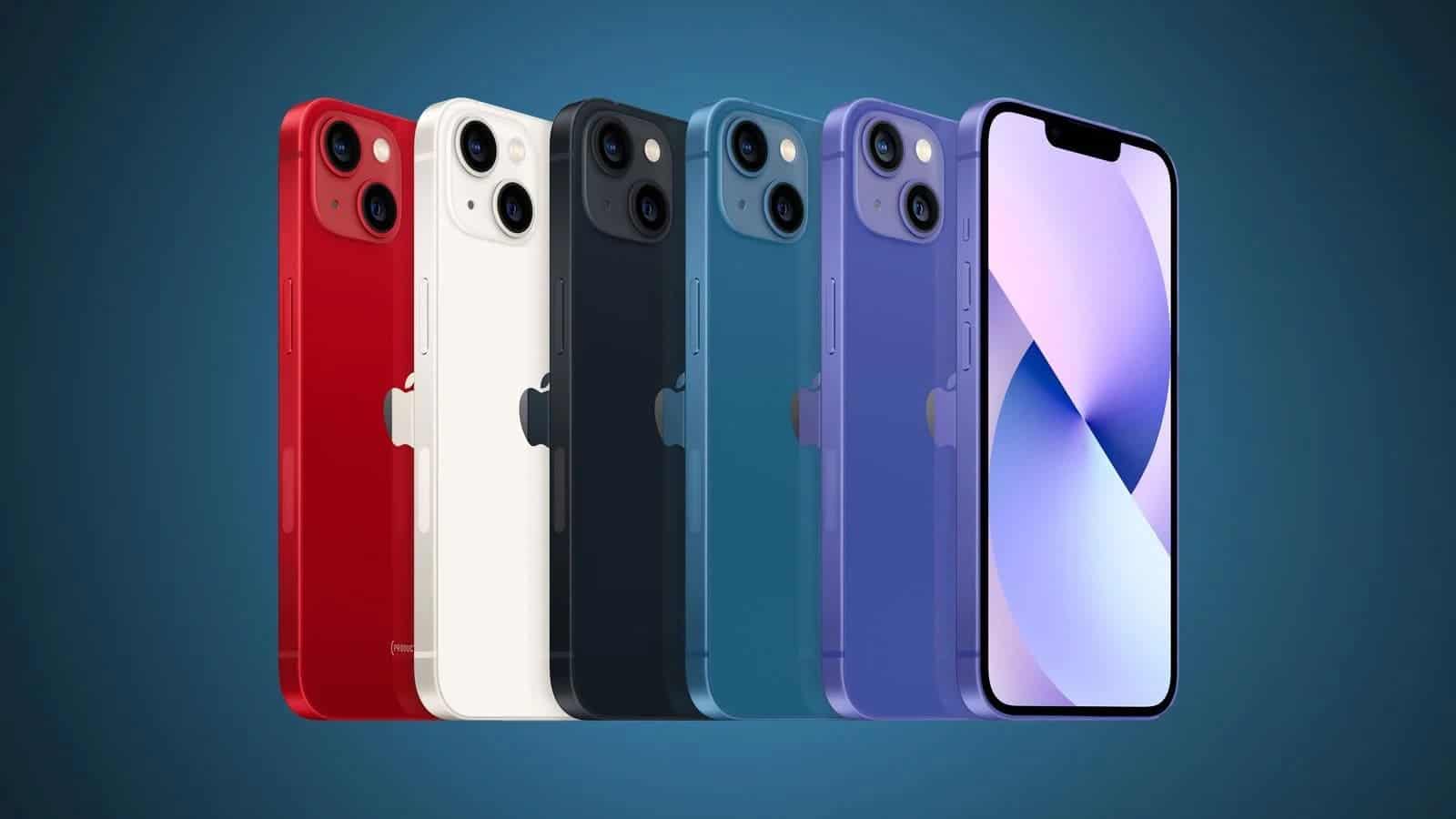 Also, we should point out that the iPhone 13 and the iPhone 14 models come with the same image sensor used on the Face ID.

The iPhone 14 and the Plus models are available in Midnight (black), Starlight (white-ish / silver), Product RED, as well as brand new Blue and Purple colors. However, the purple version appears to be the signature color this year. By the way, in the last few years, the company has been adding a new color with each iteration of its flagship phones. 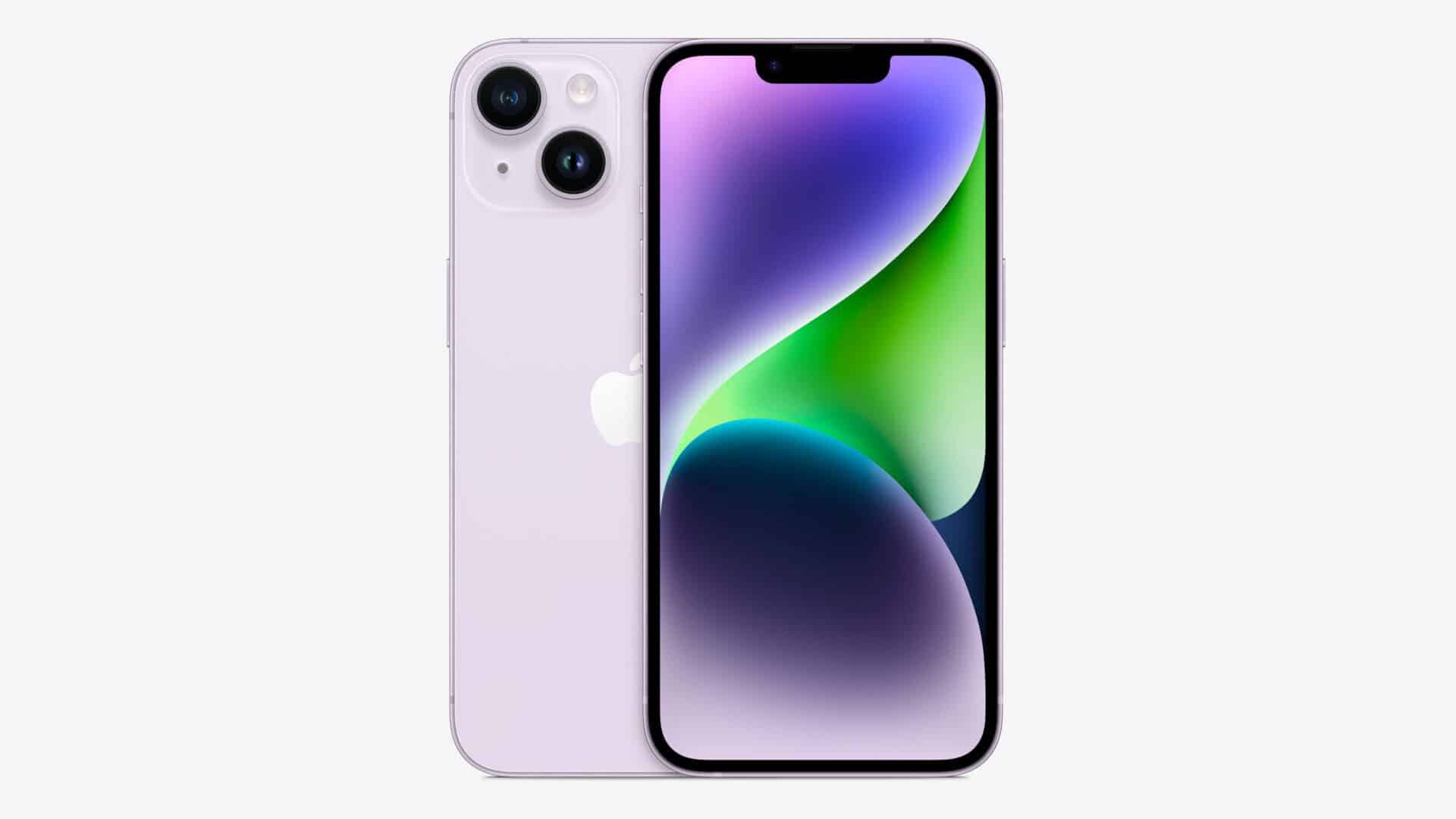 You should remember the purple version of the iPhone 12. But the thing is that the iPhone 14 differs from it a lot. We mean it is less saturated. Plus, this model looks polished and trendy.

Other than that, the phone’s camera bump and the frame have an identical color to match the hue for a consistent look. The finish is glossy. But do not worry about leaving fingerprints on it.

The iPhone 14 (the iOS 16) comes with safety features, such as Crash detection and emergency SOS messages. As the name implies, the Crash Detection feature is for detecting severe car crashes. If something dangerous happens and you can’t call 911, the iPhone 14 can automatically call emergency services. 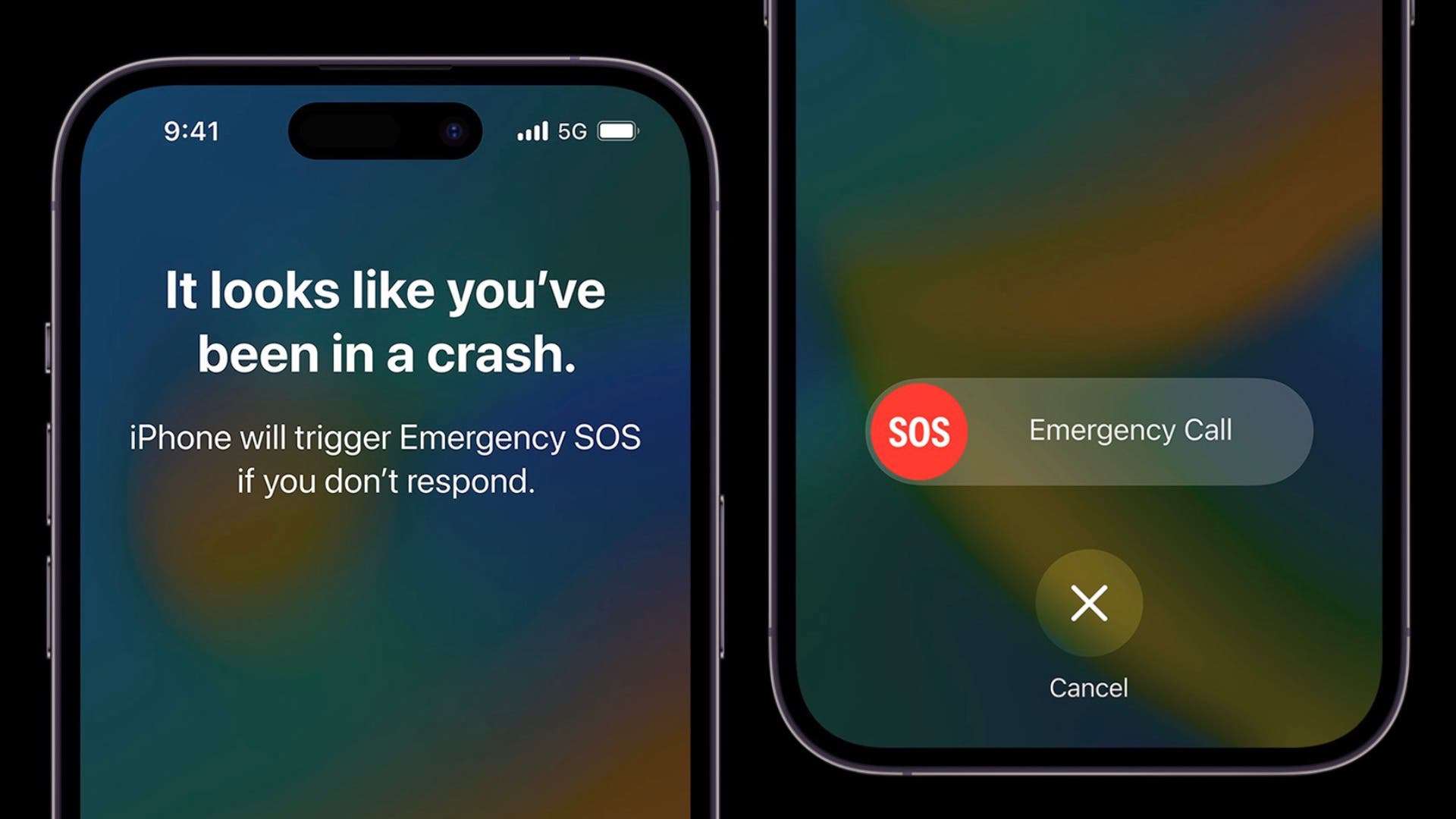 For this purpose, Apple uses the phone’s motion sensor with a high dynamic range gyroscope and high-G accelerometer, GPS, barometer, microphone, and advanced motion algorithms. When the iPhone 14 detects a crash, it will display an alert for 10 seconds. So if you somehow respond it, the phone won’t make a call. But if you cannot swipe the screen, after 10 seconds, the phone will contact emergency services.

When contacted, Siri will say the following text: “The owner of this ‌iPhone‌ was in a severe car crash and is not responding to their phone.” ‌Then, Siri‌ will “see” your location and tell the operator your coordinates.

According to Apple, Crash Detection can detect front impacts, side impacts, rear-end collisions, and rollovers.

Previous MIUI: You can easily customize the battery icon on Xiaomi devices!

Next Major Android Security Leak: Is Your Phone Safe?