A new MIUI software feature for the Xiaomi and Redmi smartphones was announced by Xiaomi on its official Weibo social media website. You may personalize the icon that displays the power level in the status bar with the “battery icon emoji” function.

Users can freely change the battery icon’s appearance, shape, and size by choosing the proper MIUI theme. There are several possibilities available.

Xiaomi gives far greater freedom than other manufacturers in this aspect. Remember that Apple only now added a charge level indicator to this symbol. But the dynamic indicator arrive until the future iOS 16.1 update. 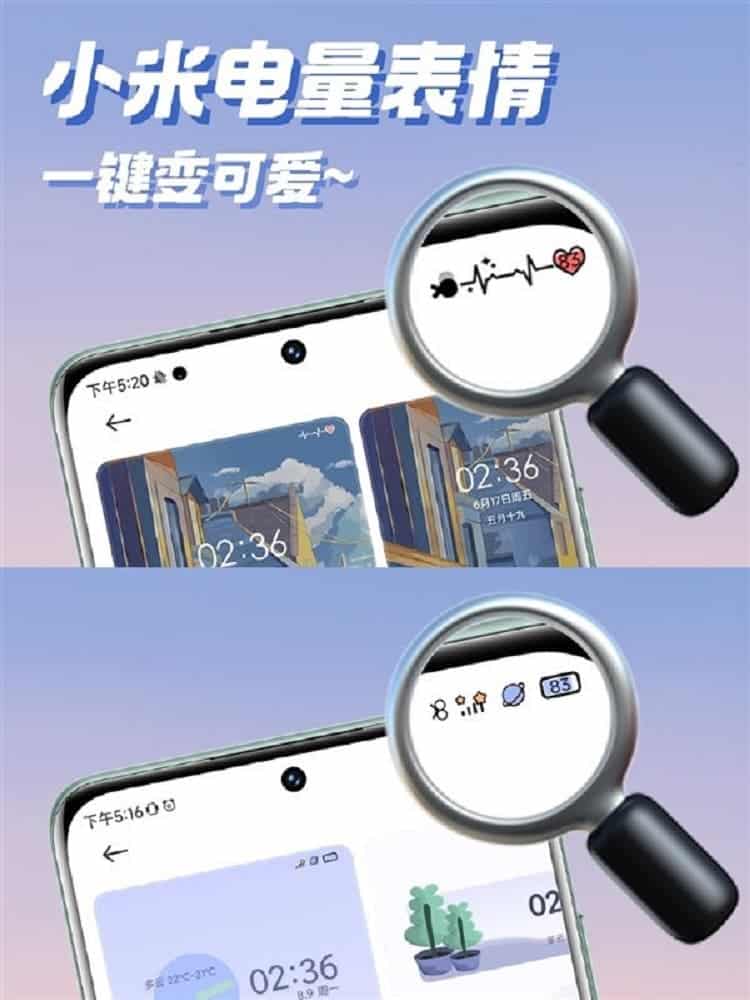 The battery icon percentage and the new dynamic island have been in news in the past few weeks due to their integration into the new iPhone 14 Pro lineup. Many believe that Xiaomi has a good chance of introducing the Dynamic Island to Android devices. After its debut on the iPhone 14 Pro series. Apple’s decision to develop an unusual software option in order to get around the notch’s restriction has garnered some interest. While other businesses, like ZTE, have made fun of this decision. Xiaomi, especially due to an independent developers have worked in this direction. Images and videos of a MIUI theme that uses the Dynamic Island. And that you may install have been circulating on social media in recent days.

Despite the community’s enthusiasm, there are still a lot of people who are skeptical about the Dynamic Island’s potential to be released on Android handsets. Whether we’re talking about Xiaomi or other manufacturers. A lot of smartphones in recent years have tried to remove the large top cutouts such as the notch. With the adoption of selfie camera punch-holes or even cameras buried behind the screen. It’s important to keep in mind that some smartphones have a hole in the center. While others have it on the side, making it challenging to provide a consistent solution across models.