A few weeks ago, popular Apple analyst, Ming-Chi Kuo reports that the iPhone 15 may likely adopt a “holeless” design. The “holeless” design refers to removing all the physical buttons on the iPhone and turning them into touch buttons. In order to make it have a realistic feel, it will also add vibration feedback. This is similar to the touch Home button of iPhone 7 and iPhone 8. At the time, the news did not get much attention globally but there was a debate about it. After all, any major change that Apple makes is a potential game changer in the mobile phone industry. A few years ago, Apple cancelled the headphone jack in the iPhone and replaced it with the AirPods. This includes the sales of AirPods with waterproof features. 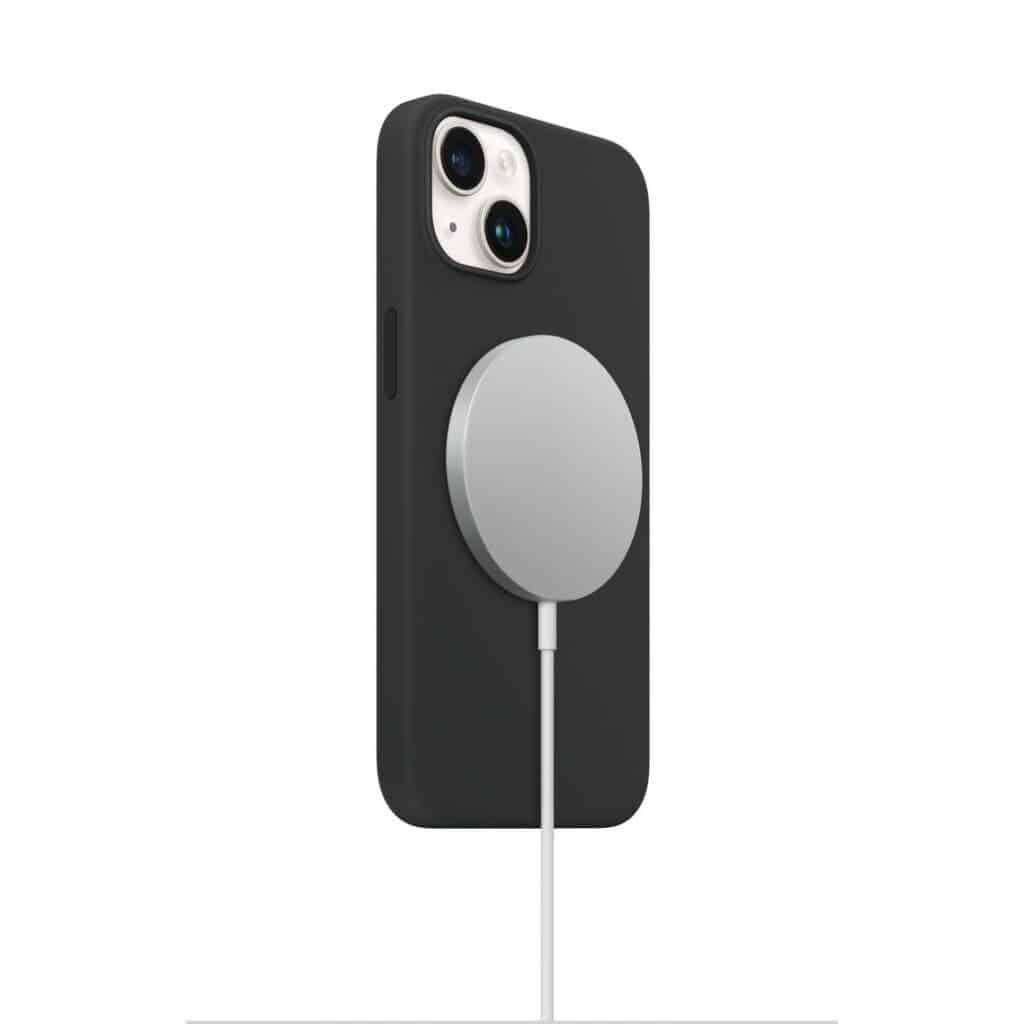 While the physical power and volume buttons will go, this is not really an area of concern. This is because their technologies are already mature. However, the major area of interest is charging. What does Apple intend to do with the charging port? On the iPhone 12 series, Apple brought the Magsafe magnetic wireless charging technology. The company adds a circle of magnets to wireless charging. It changed the new wireless charging method of iPhone products and this serves as an option for iPhone charging. 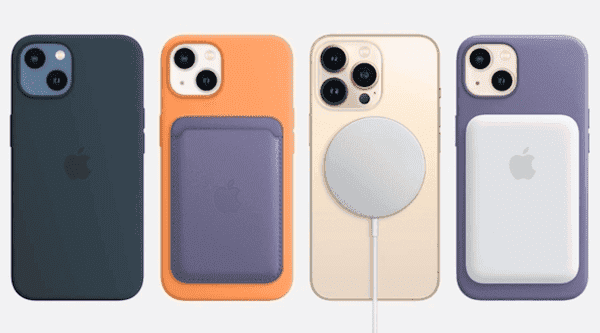 First of all, the wireless magnetic suction method can make the mobile phone’s card position more accurate during wireless charging. It avoids the problem of poor alignment of the charging coil which affects charging efficiency.

In addition, the use of magnetic suction can give wireless charging the experience of wired charging. Of course, the logic of this is somewhat superfluous. However, there is great progress in this feature.

There are other positives to the Magsafe such as the magnetic wallet, magnetic mobile phone holder and a series of magnetic accessories. These are all advantages that may not need serious debate.

The issues of this charging have been experienced first-hand by users of the iPhone 12 series. The wireless charging of this device is only 15W. While 15W will require “forever” to get a full charge, things even get worse. When the iPhone gets hot during charging, the charging power reduces to 7.5W~5W. At this speed, the iPhone could even be losing power.

To make matters worse, the frequency of heating is quite frequent. If you use a mobile phone while charging, the power will drop rapidly. Even though Magsafe has many issues, Apple will likely eliminate the charging port in the next few years.

Why iPhone 15 must remove the Lightning port

There are a couple of points that made Apple consider removing the charging port from the iPhone 15. The company can not use its regular Lightning port at least in Europe. Thus, it is looking for alternatives. Let’s take a look at some of the points

The European Parliament passed a bill in early October this year. The bill requires all mobile phones, tablets, cameras and other portable devices in Europe to use the USB Type-C port from the fall of 2024. The EU also requires further use of wireless charging tech by the end of 2026.

After that, the US CNBC website reported that Greg Joswiak, Apple’s senior vice president of global marketing, said that Apple would “have to comply” with the European Union’s regulations on the unified charging interface of electronic devices.

From these, it is clear that Apple will cancel the Lightning interface in the future. The company may temporarily switch to the Type-C interface. 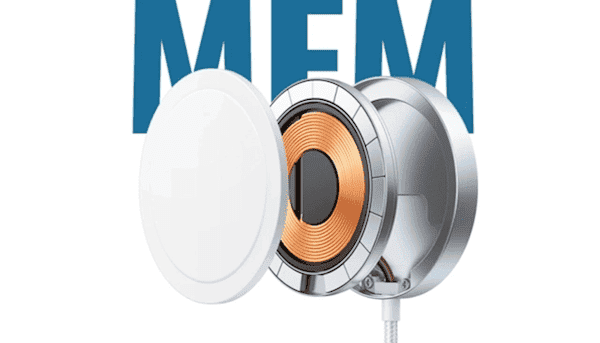 MagSafe actually has a certain data transmission function. When the user connects the Mac to Magsafe and updates the firmware version to 1.74, the transmission rate option can be seen as 12Mb/s after connecting to the Mac. This proves that Magsafe has a small amount of data transmission, capability and firmware update functionality.

The transfer rate of Apple Watch’s magnetic charger on Mac is exactly the same as that of Magsafe, both of which are 12Mb/s (Type-C interface version). However, the charging function of Magsafe itself causes it to generate a lot of heat. It is difficult to maintain long-term data transmission capabilities.

For Apple, the biggest role of Lightning charging is to sell MFi certification. According to the estimates of the “Daily Mail”, Apple can achieve a revenue of $5 billion dollars every year by selling Lightning interface charging cables and MFi certification. This even exceeds the annual revenue and profit of some mobile phone brands.

The iPhone’s Lightning interface transfer rate still stays at the USB 2.0 standard. So the iPhone’s data transfer has already encountered a bottleneck. For example, in the iPhone 14 Pro, a photo using ProRAW format (48MP) is about 75MB. The limit rate of the current iPhone with the Lightning interface is only 480Mbps, which is almost 60MB/s after conversion. In actual testing, Mac using the Type-C to Lightning data cable to transfer data to iPhone 14ProMax is only 33MB/s.

AirDrop is currently the fastest way to transfer iPhones. According to Apple’s official technical documentation, AirDrop communicates data through a peer-to-peer network. First, it will connect through Bluetooth, pair with each other, and then use WiFi for physical layer transfer. It does not require a network connection. For the transmission effect, the closer the AirDrop transmission distance, the faster the speed. If the distance is too far, it will not be able to get a connection. 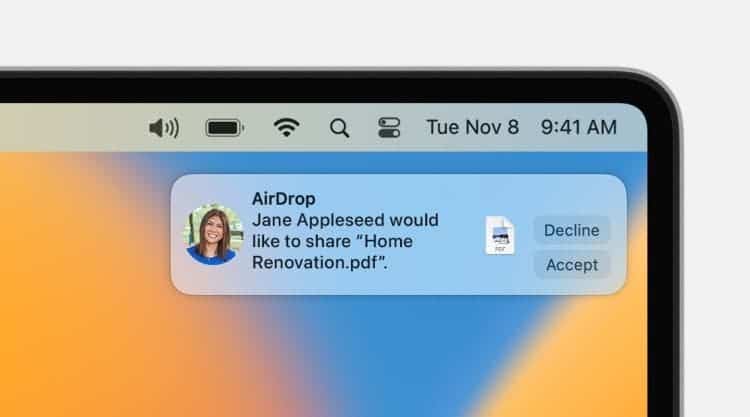 Even if the iPhone 15 uses a “holeless”, it will not be the first mobile phone to do so. A few years ago, a couple of Android “holeless” devices were launched. Vivo and Meizu have launched holeless mobile phones. Vivo has launched a total of two holeless concept phones, Vivo APEX 2019 and APEX 2020. The Vivo APEX 2019 is Vivo’s first holeless concept phone. Then there is also the concept phone of Meizu, Meizu ZERO. Compared with Vivo, it is more radical in that it directly cuts off the opening of the SIM card. It uses an eSIM virtual card and adds screen sound technology. In terms of charging, Meizu ZERO also uses wireless charging, but the power is only 18W.