Chinese brand, Xiaomi, will officially release the new Xiaomi 13 series this month. The company’s initial schedule reveals that this mobile phone will be released on December 1st. However, Xiaomi had to postpone the launch event and did not announce a new date. The Xiaomi 13 series will have two models this year – the Xiaomi 13 and Xiaomi 13 Pro. The Xiaomi 13 adopts a straight screen + straight edge design this time. There has been a lot of discussion regarding this “straight straight” design. Although this design gives the device a different look in terms of appearance, some people believe that it may have issues with the hand feel. 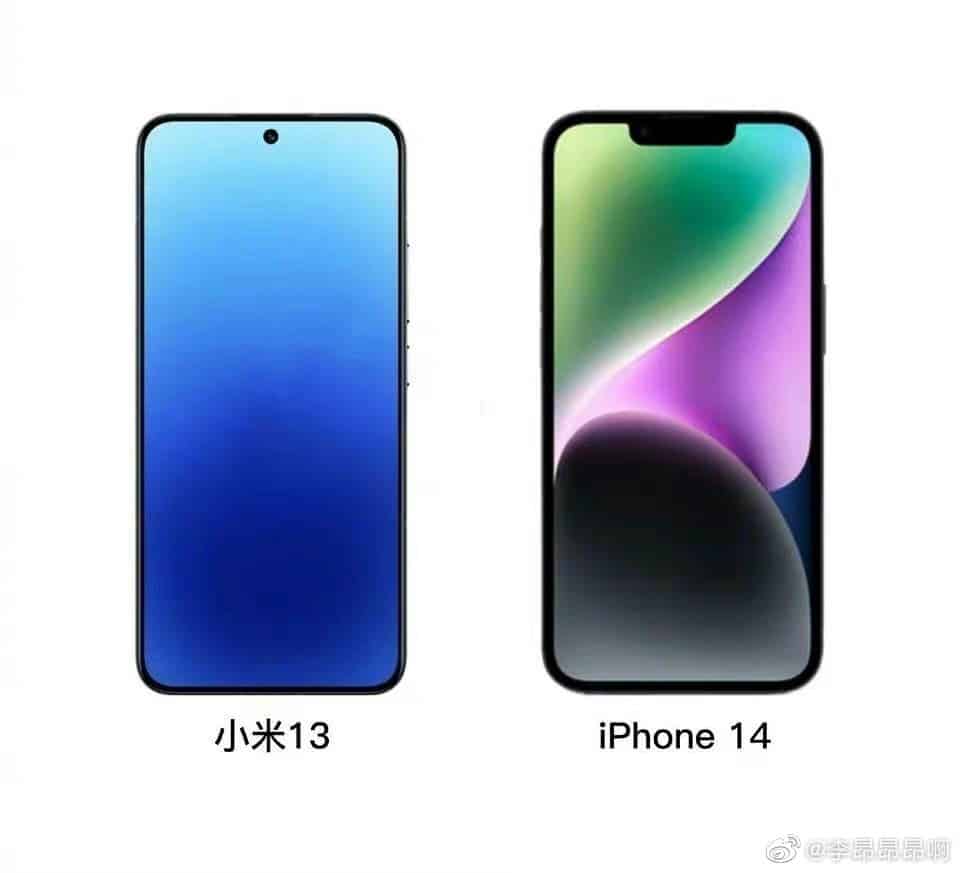 However, Xiaomi actually put a lot of effort into the straight screen this time. The efforts of Xiaomi can be clearly seen in the screen bezels. All sides of the display break Xiaomi’s internal records achieving equal width on three sides. While the top and both sides of the display are only 1.61 mm wide, the chin of this device is only 1.81 mm wide. This makes the screen ratio as high as 93.3% and improves the display experience.

The iPhone has always been a standard for Xiaomi. In fact, in Xiaomi’s early years, it was called “iPhone Clone” by some users. Many Xiaomi mobile phones have a close resemblance to existing iPhones. This is why it is common to compare Xiaomi devices with existing iPhones. Some netizens recently made a comparison chart between the Xiaomi 13 and iPhone 14 based on the available information on their camera and display. In the duel between the two standard versions, it is obvious that Xiaomi 13 has won the crushing style. 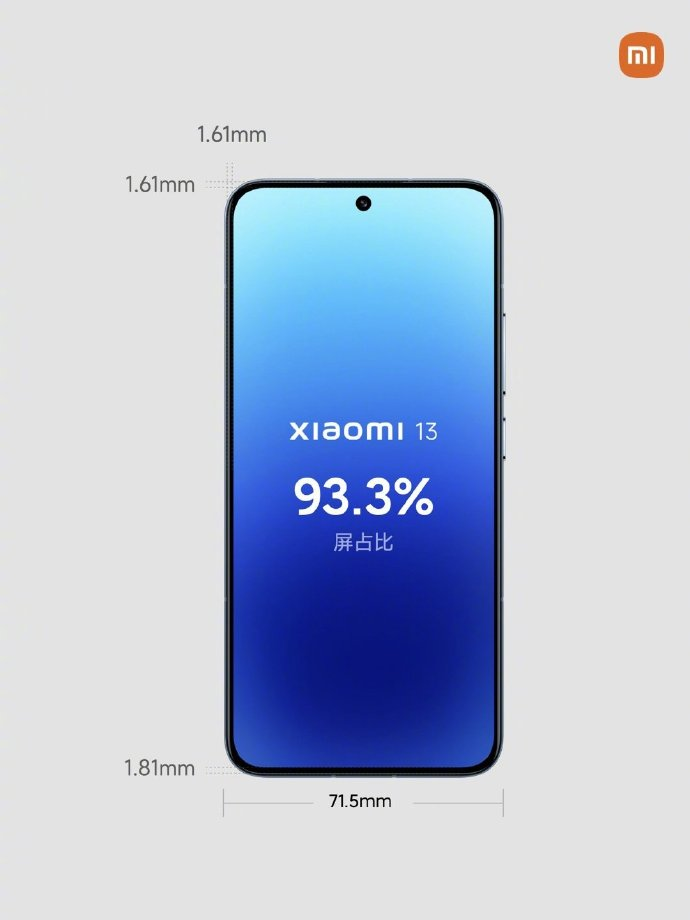 Although the chin of the Xiaomi 13 is a little smaller, the exact figure is only 0.2 mm more. In normal use, it is almost the same width as the four sides. The Xiaomi 13 standard model comes with a small and portable 6.2-inch display that has thin bezels. The left, right and upper bezels are only 1.61 mm wide. The chin which is the widest part is only 1.81 mm.

It is worth noting that although it is also a straight-edge + straight-screen design, the Xiaomi 13 has an additional 2.5D glass back shell which the iPhone 14 does not have. This makes the hand feel significantly better than the iPhone 14.

As the flagship for the year, the Xiaomi 13 greatly improves the camera. The standard model will come with Sony IMX800 series main camera. The sensor size is 1/1.49 inches, and the single pixel size can further increase to 2μm after a four-in-one pixel sensor. This will help to obtain better image quality and tolerance. In comparison with the Xiaomi 12 which uses the IMX766 sensor, Xiaomi 13 comes with a 54MP sensor and the size of the base is larger. Also, Xiaomi adds some AI algorithm adjustments to this new sensor to boost its performance. The main camera as well as the telephoto sensor will also support OIS. 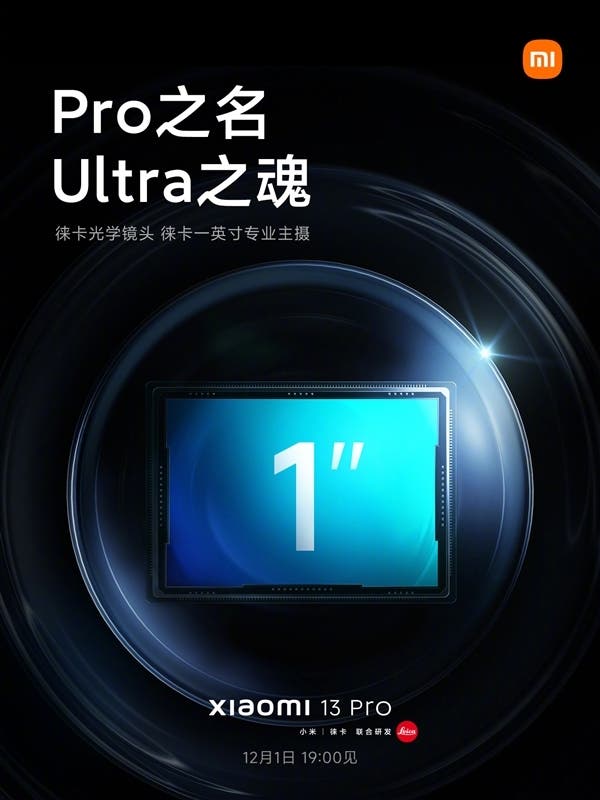 In addition to the main camera, this device will also use a 10MP Leica telephoto lens that supports 3.2x optical zoom. This device supports a Leica 75mm humanistic telephoto lens with an f/2.0 super large aperture. The company said that this will be the most useful sub-camera in the Xiaomi digital series. Also, it will be the sub-camera with a very high usage rate. According to reports, the Xiaomi 13 IMX989 1-inch outsole main camera beats the performance of the iPhone 14 sensor. It has a 72% increase in photosensitive area, a 76% increase in light sensitivity, a 32.5% increase in camera speed, and an 11% increase in startup speed.

Read Also:  Apple Finds Itself in Trouble with the US Labor Law for Sending Emails to Employees

iPhone 14 will take the day in other aspects

While the Xiaomi 13 is more attractive in the display and camera hardware, there are other areas that the iPhone 14 will clearly win. The camera optimization of the iPhone 14 will likely be ahead of the Xiaomi 13. Also, the Xiaomi 13 series will come with the latest and highest flagship chip in the Android market, Snapdragon 8 Gen 2 SoC. These mobile phones will also support IP68 waterproof and dustproof, Leica imaging, etc., and we can say that this device comes with an all-round “upgrade”.

The Snapdragon 8 Gen 2 is at least two generations behind the Bionic A16 SoC. From these scores, it is clear that Android is behind Apple in terms of processor performance. This also means that most Android flagships to use this chip will perform poorly, at least lower than the iPhone 14. Even the Apple iPhone 14 and iPhone 14 Plus that uses the Bionic A15 will still perform better than Android flagships with the Snapdragon 8 Gen 2. Thus, both flagships have areas that they will perform better.

Next Honor X9a 5G Malaysia launch is on the horizon, see teaser video