WhatsApp has earlier received the option to delete a message for everyone or just for you. The latter, however, does not shield against handling mistakes, which can occasionally be catastrophic. The app now has an additional degree of protection thanks to the new “Accidental Deletion” feature.

Each person experiences it. You regret sending someone a WhatsApp message, or maybe you even sent it to the wrong person. In these circumstances, the messaging provider gives you access to an option called “Delete for everyone”. After a message has been sent, you can delete it using this method. Despite being quite useful, it does not support handling mistakes.

Previously, if you accidentally chose “Delete for me” instead of “Delete for everyone”. Deleting the message for everyone was impossible since it remained visible to your correspondent. Even though it had been removed from your conversation. A new feature that WhatsApp will spare you from this type of problem. You now have a 5 second window after unintentionally deleting a message. Whether it was intended for everyone or just you to change your mind and undo the mistake. 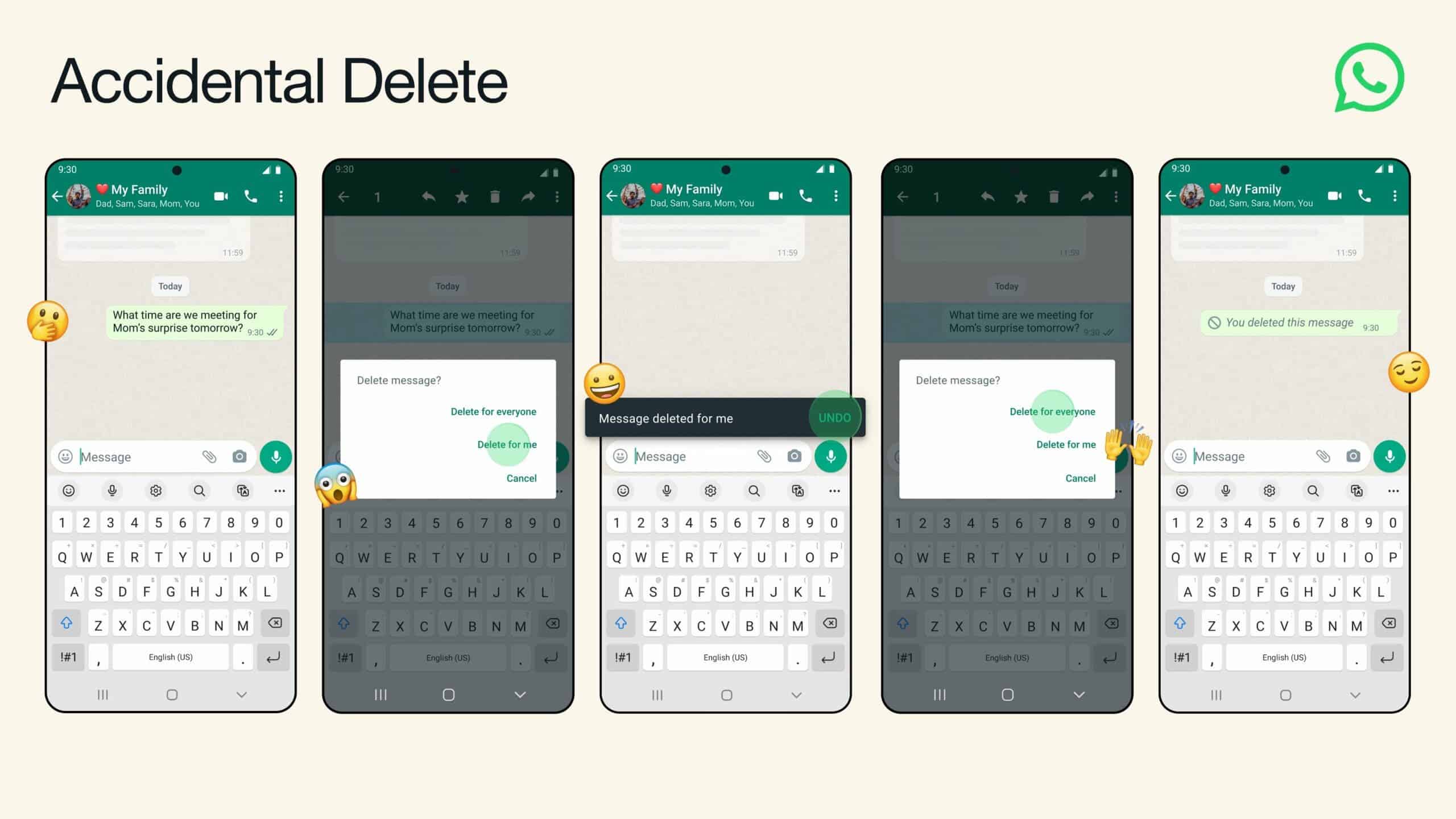 In 2017, the “Delete for everyone” feature was available. Users pleaded for it to help them undo conversations or communications they sent to the wrong groups. You have exactly 7 minutes to erase a message up until last summer. This period has become 60 hours as of August 2022.

According to WABetaInfo, WhatsApp is already implementing the ability to roll back an unintentional deletion on Android and iOS as well as the desktop version. Since August 2022, a beta test phase has been running, and we know all of its features. The feature for removal is now complete. On WhatsApp today, it’s no problem if you make errors of this kind.