Nubia is gearing up to launch its first gaming smartphone for the 2023 season. The brand will launch the Red Magic 8 Pro with compelling specifications and a new design for the series. The phone will launch on December 26, and the company wants to build the hype for it. Today, it shared a couple of teasers revealing the design and some of the key specs. 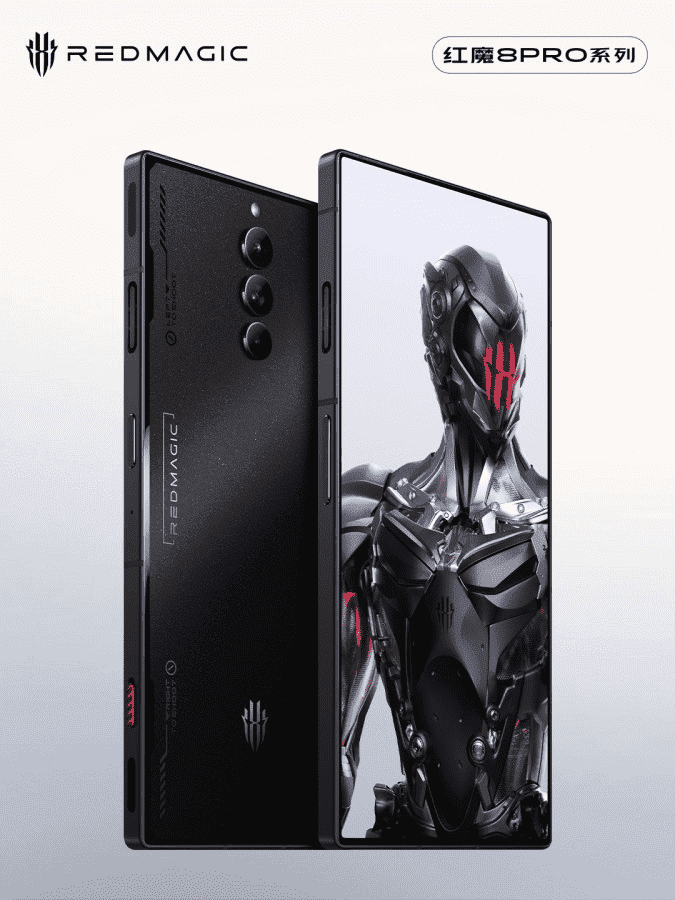 The Red Magic 8 Pro is said to boast a new BOE screen panel with symmetrical 1.48 mm thick side bezels. The brand also claims a 93.7% screen-to-body ratio. The panel will also feature an under-display selfie camera like and a 120 Hz refresh rate. It’s a bit intriguing to not see a 144 Hz refresh rate in this gaming phone. Perhaps the company realized that this is not really needed right now. To be honest, there are not many games taking advantage of it. 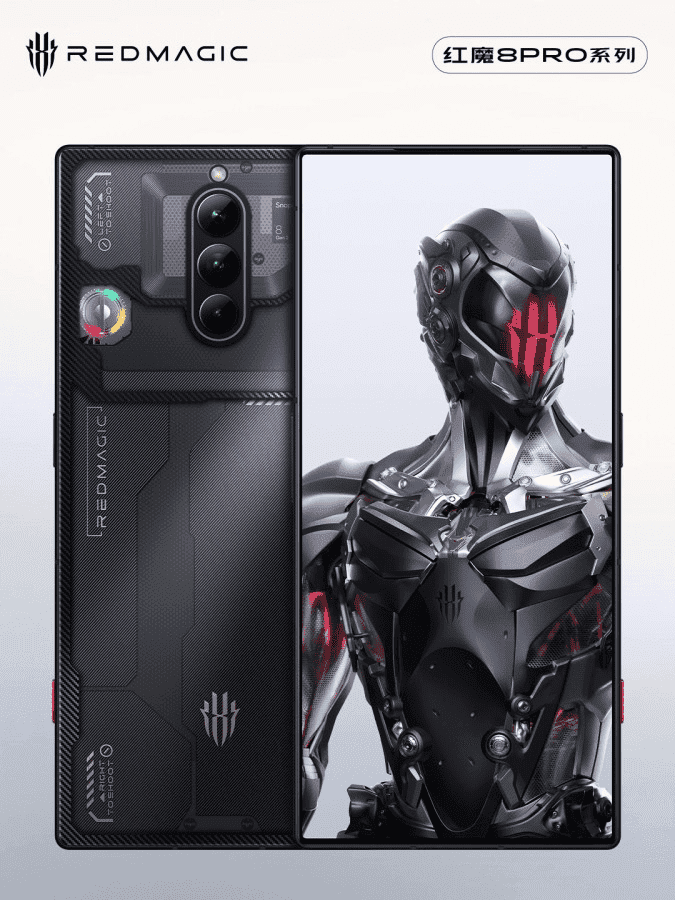 As per the leaks, the phone will also bring a 50 MP Samsung GN5 sensor.  There are two more sensors, and we expect one ultrawide snapper sensor and a macro sensor. In the best scenario, the third shooter is a telephoto snapper allowing optical zoom. However, this is a gaming phone, and usually, the cameras are not the most advanced in these devices. 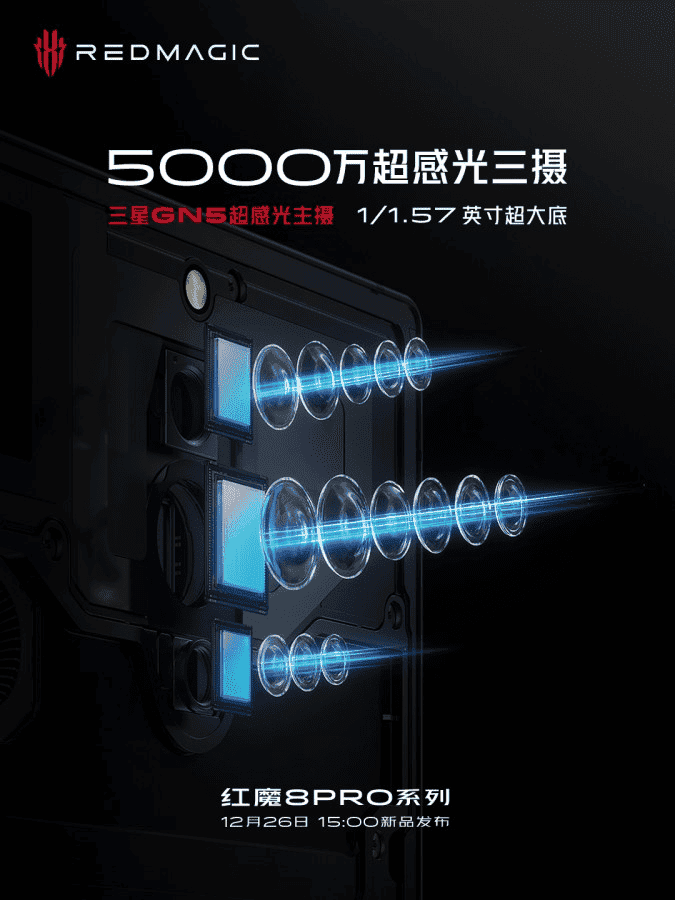 The higher offering the Red Magic 8 Pro series will bring 165W fast charging. That is impressive, although this is not the highest possible anymore. We also expect the device to have LPDDR5X RAM and UFS 4.0 storage. It likely brings Wi-Fi 6e, and Bluetooth 5. x, NFC, and Stereo Speakers. In terms of software, we expect Android 13 to come straight out of the box. The brand will also unveil a new logo design.