Redmi’s iconic K-series is about to make a comeback much earlier than usual. After two years stick with a Q1 schedule for new releases, the company went ahead and will bring the new generation on December 27. Is the competition that urged Xiaomi to launch its new mid-range contenders? Probably. The company will introduce the Redmi K60, K60E, and Redmi K60 Pro in a few days. The devices bring compeling specifications. The Redmi K60 Pro gets the spotlight with the Snapdragon 8 Gen 2.

The Redmi K60 Pro returns to the flagship killer segment bringing the Snapdragon 8 Gen 2 to an appealing price tag. In addition to this CPU, the other two phones will pack the Snapdragon 8+ Gen 1, and MediaTek Dimensity 8200 CPUs. The info comes straight from Xiaomi through a new teaser poster that puts the three SoCs side by side.

The Redmi K60 Pro, obviously, gets the Snapdragon 8 Gen 2. The phone will go against the likes of the iQOO 11 series, and Moto X40, and Vivo X90 Pro+. We can also mention the Xiaomi 13 series, but the price between these phones will differ.

Besides the processor, Xiaomi also confirmed the Redmi K60 Pro will bring the latest UFS 4.0 Storage and LPDDR5X RAM standards. The phone will bring up to 16 GB of RAM, and we assume it will be paired with up to 512 GB of Internal Storage. However, you can also expect options with 256 GB, and why not, 128 GB. The phone is said to bring a 5,000 mm² vapor chamber liquid cooling area. As a result, it will keep the temperatures low even on demanding tasks like games. 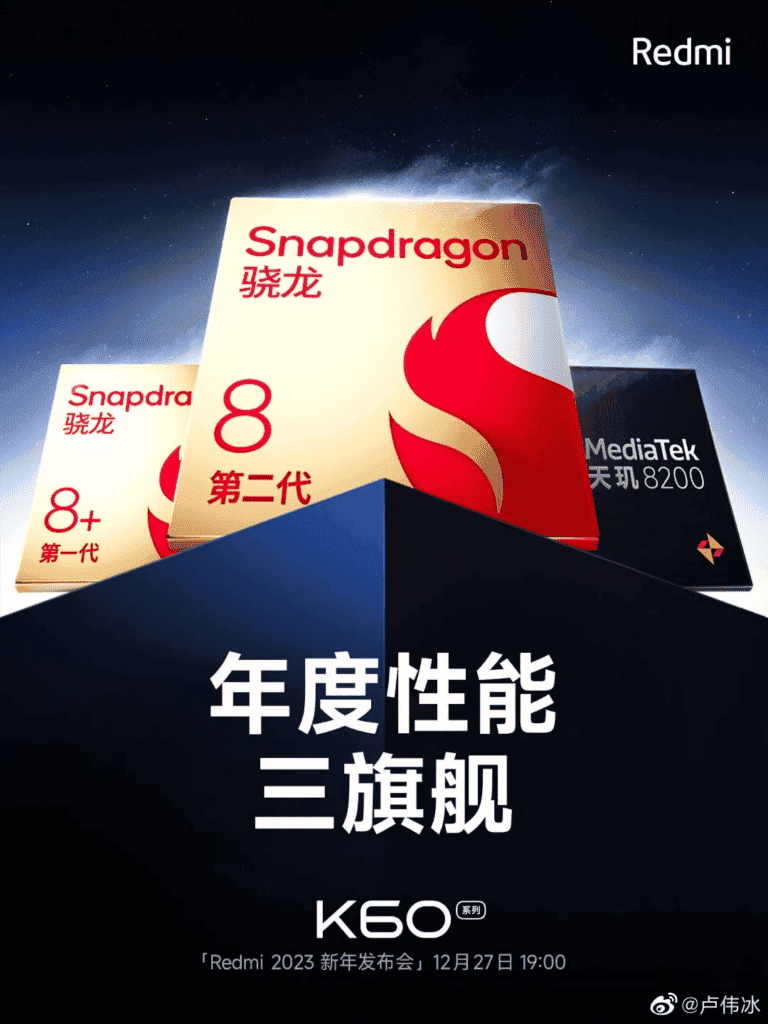 As per the leaks, The Redmi K60 Pro, and the other variants will have a 50 MP main camera. We expect the other sensors to be an ultrawide, and in the best scenario, we’ll see a periscope shooter for the Pro. These smartphones will have up to 5,500 mAh battery. The charging speeds might be between 67W and 120W. The Pro phone will likely bring a QHD+ display with up to 120 Hz refresh rate. The display details have been leaked, and you can find the details here.

These phones probably will become POCO once they escape China. The company will present the Redmi Note 12 Extreme on the same day.

Next Two Russians and an American trapped - Russia weighs its options