The best product in the Redmi Note 12 series is the Discovery Edition, released in November this year. It boasts a 210W charging solution, which allows the phone to get fully charged in 9 minutes only. This is the world’s first smartphone that can charge in a single-digit period. We are not talking about the Pro+ version, which came with a 200MP camera sensor. As you can see, the lineup comes with specs that even premium smartphones do not have. Plus, these phones do not cost an arm and a leg. Today, the company announced that a new model – Redmi Note 12 Pro Ultra – will be launched on December 27. Thus, at the Redmi K60 event, we will also see a new Note-line handset.

Redmi Note 12 Pro Ultra Specs We Know At The Moment

The new device will sport the Qualcomm Snapdragon 778G chip. Usually, the phones from this range use Dimensity chips. But As the name implies, it’s going to be a very powerful handset. On the front, there is an OLED straight screen. The phone will use a new year’s fresh color. And, it should come with the MIUI 14 system out of the box. 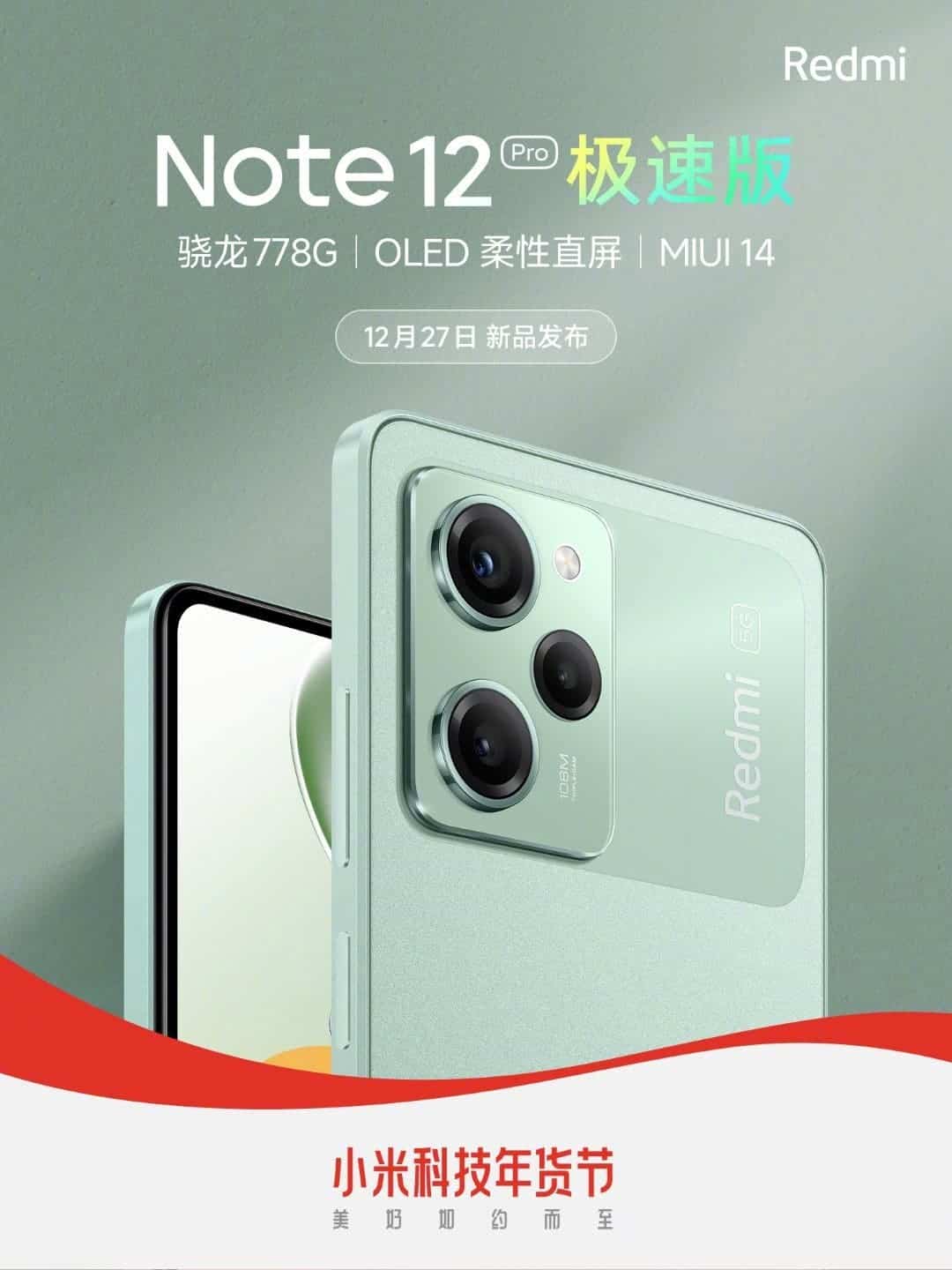 So when compared with the base model, the new Redmi Note 12 Pro Ultra will replace the MediaTek Dimensity 1080 with the Qualcomm Snapdragon 778G chip. We also have some guesses that instead of the original 108MP Samsung S5KHM2 CMOS, it will use the HM6 sensor.