Usually when you hear of the name Tesla, only one thing comes to mind: electric Vehicles or EV. The electric vehicle manufacturing company that was found in 2008 has indeed marked its name very well on the surface of this planet. A company as young as just 14 years old, it is one of the largest companies in the world today. Well, let’s leave the story of Tesla for another day.

For some time now, we have come across numerous rumors of a Tesla smartphone in the making. Day-in day-out, year after year, this speculation keeps spreading around the globe. Yet, there is little to see or talk when it comes to this Tesla phone. So many assumed renders out there but we don’t even have any idea whether the Tesla phone will feature an Android, iOS or its own firmware. Just when the speculations are dying out, Tesla has done something to resurrect it. Tesla has launched a wireless charger for charging smartphones and other devices that support wireless charging. This new wireless charger from Tesla is inspired by the ever-popular Tesla Cybertruck. It features an aluminum case with an Alcantara surface. It also comes with detachable magnetic stand. This allows you to be able to remove the stand and lay the charger itself flat on a table.

Already, we have a lot of different wireless chargers on the market. However, Tesla’s wireless charger stands out to be different from the rest. It comes with a form of technology called FreePower technology. With this technology, you don’t need to align your device at a particular surface area in order to charge. You can just drop in on any area of the surface to charge. 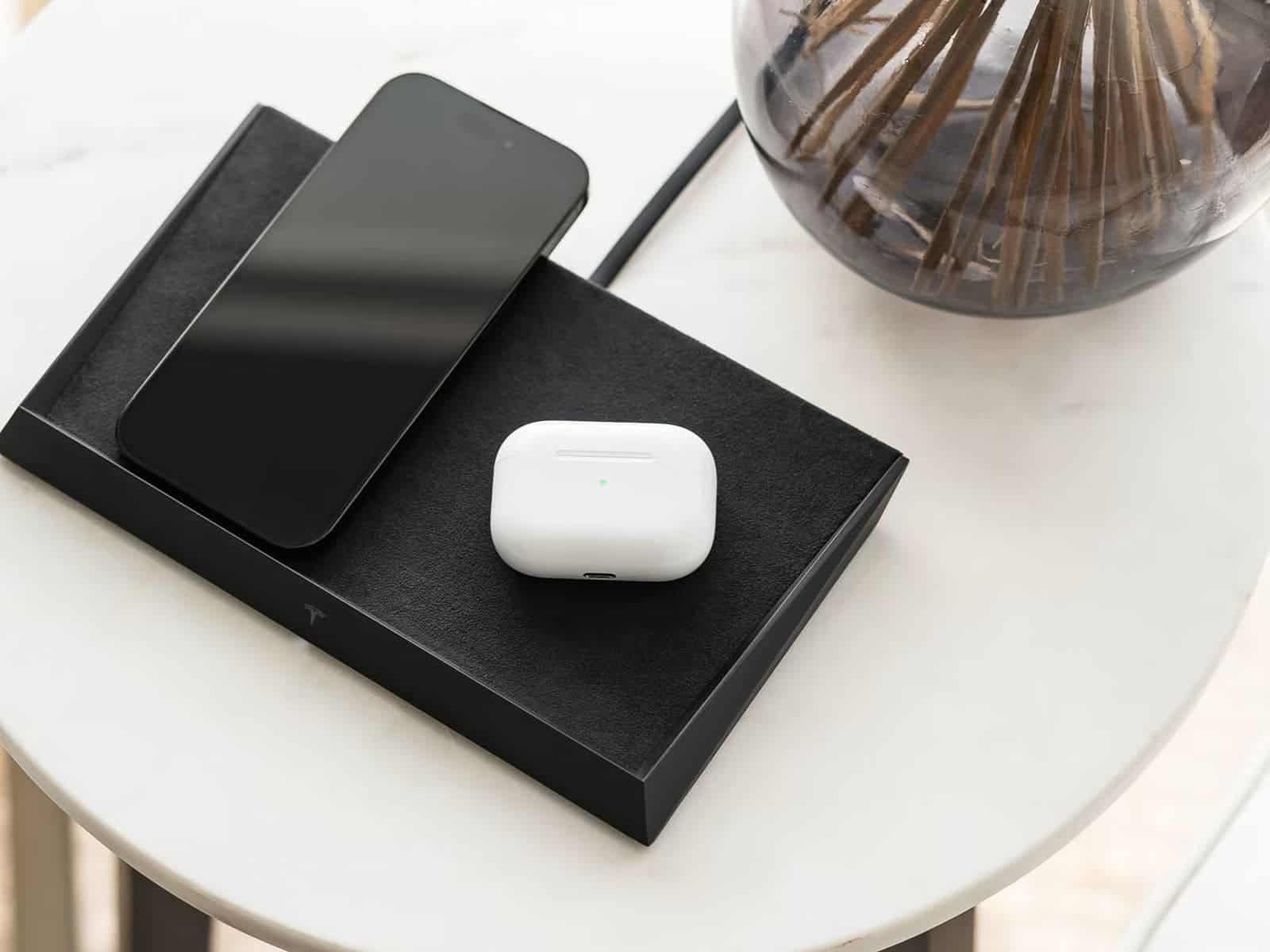 Price And Availability Of The Tesla Wireless Charger

The Tesla wireless charger is unique, looks Premium and can charge more devices simultaneously than many others out there. But the price might get you thinking again. This device will be selling for an amount of $300. Sources also claim that sales of this new charging accessory will begin in February 2023.

So back to the main question; now that we have a Tesla wireless charger, does that mean we are about to see a Tesla Smartphone soon? We live to see what happens in 2023.