After Elon Musk acquired Twitter for $44 billion, he may further acquire another social media platform, Substack. Fans urged Musk to acquire Substack in tweets and connect the two platforms, Twitter and Substack. Elon Musk in his subsequent response claims that he would consider this opinion. A Twitter user, Wall Street Silver wrote that it will make sense for Twitter to acquire Substack and tightly integrate both platforms. He also believes that “Twitter plus Substack creates instantly massive competition for obsolete legacy corporate media”. 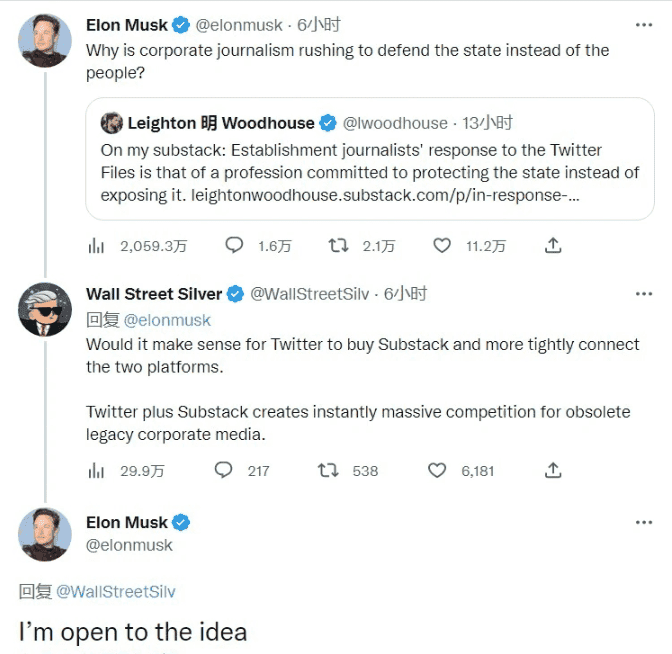 In response to Wall Street Silver, Elon Musk says that he will consider the proposal. He tweeted, “I’m open to the idea”. Substack is an email newsletter service headquartered in San Francisco. It allows independent writers and podcasters to publish content directly to their audience and get paid for subscriptions. Recently, many content creators have urged fans to sign up for their Substacks. This could be a placeholder until they can direct subscribers back to the new social media platform.

Can Elon Musk afford Substack at the moment?

Considering the current financial situation with Musk, it may be very difficult for him to buy any company. Elon Musk does not hold a large amount of cash. He gets money for huge deals by selling or lending Tesla shares and “mortgages” them to banks in exchange for margin loans. However, Tesla’s value has dropped massively, by about 70%. The impact of the decline in value on Musk is not just as simple as “less money”. For one thing, Musk’s ability to rely on Tesla’s stock to raise capital quickly deteriorated as the stock price fell. At the same time, as the stock rises, he can further obtain more benefits. As Tesla’s stock price fell, this routine of borrowing money will not work well. Take the acquisition of Twitter, for example. After finalizing the acquisition of Twitter for $44 billion, Musk originally planned to use his old routine “mortgage shares” to complete the transaction. However, investors had some worries and did not approve of this approach. Thus, Elon Musk had to cancel the margin loan program and instead sell Tesla shares in exchange for more cash, cashing out about $39 billion in stocks.

Next iPhone 14 series shipments will drop massively in 2022