OSCAL, a flourishing technology brand, is committed to letting everyone enjoy smart devices with leap-forward performance and trendsetting design at friendly prices. It has been creating stylish and slim designs for young users for years. As evidenced by the Oscal C80’s huge success in the market. With relentless progress, Oscal is planning its latest flagship tablet, the Oscal Pad 10, after launching its first tablet, the Pad 8. The Oscal Pad10  is expected to come with some upgrades in entertainment, efficiency, and convenience. Coming with an impressive 10.1-inch display with Widevine L1 support,  PC Mode or a massive 6580mAh battery. And powerful UNISOC  T606 & Doke OS P_V3.0.

Let’s take a look at most of the specs, as revealed by the very official sources. 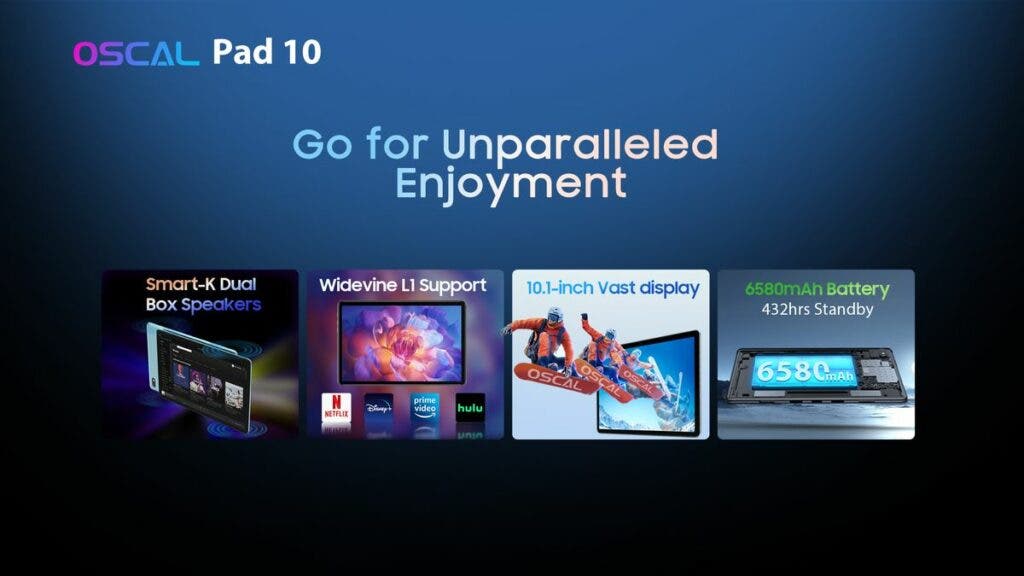 Previous leaks suggested, that Oscal Pad 10 will come with an 8.9 mm ultra-slim & 536 lightweight body. Making it conformable to grab anytime and easy to carry anywhere. It will be quite sleek with three color options, Mint Green, Moonlight Silver, and Diamond Grey. 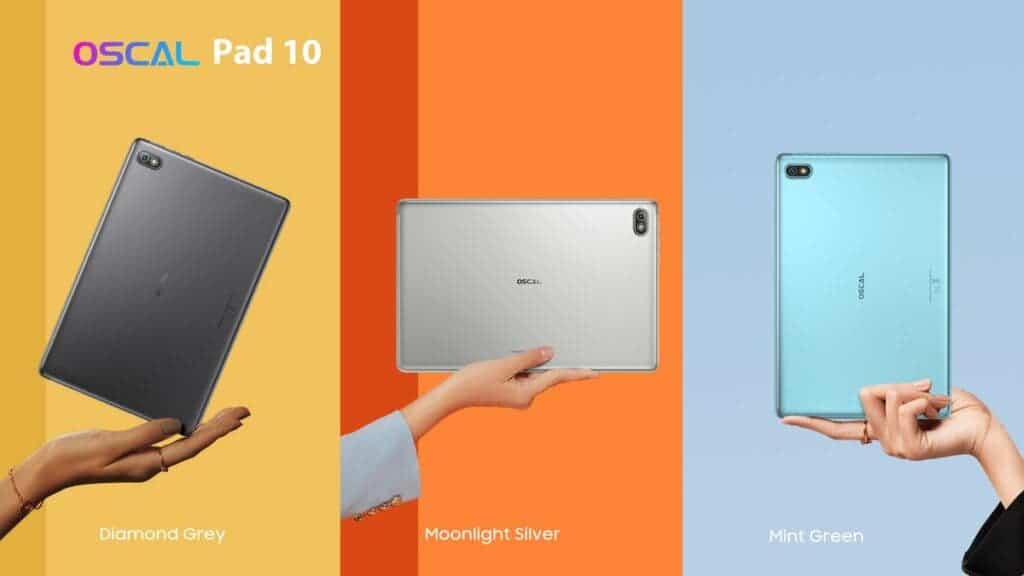 In terms of display, It’s supposed to use a 10.1-inch  screen with a resolution of  1200*1920. That will surely blow you away when you watch your favorite videos. The Oscal Pad10  will also offer Google Widevine L1 support. Making it an even more compelling option for media consumption. Coupled with mobile data support so that you will be able to stream in 1080P at websites like Netflix, Amazon Prime, Hulu and more. 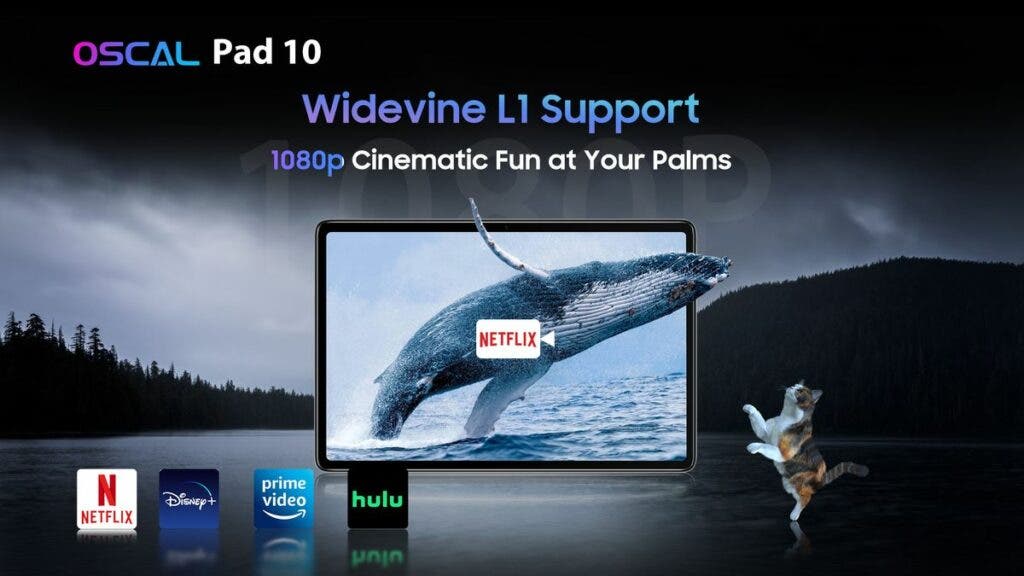 Thankfully there seem to be Smart-K Dual Box Speakers, which is arguably the highlight of Oscal Pad 10. Providing stereo-like sound while you are listening to music, watching TV or having calls. 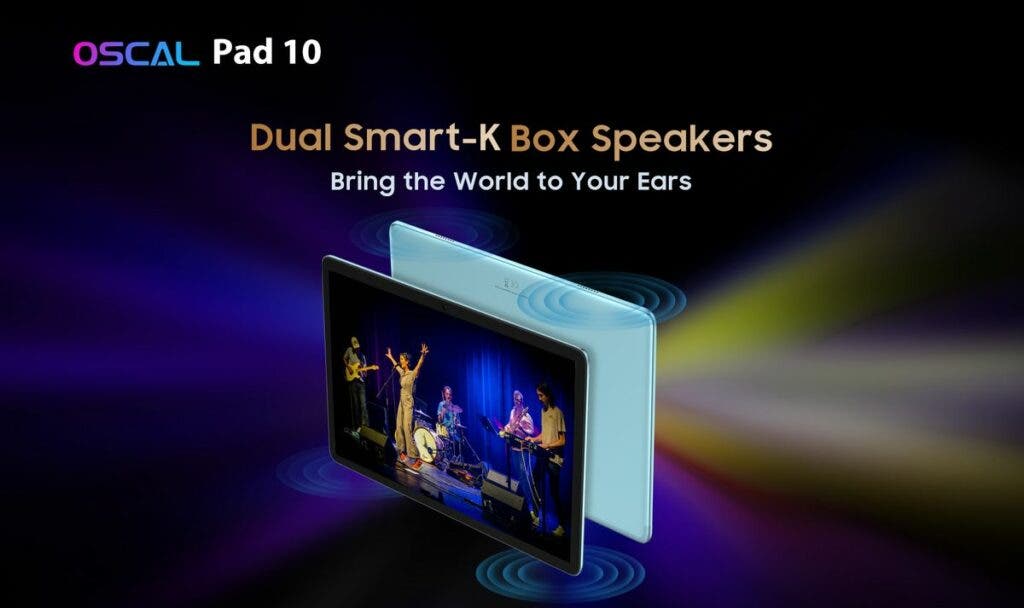 In addition, Oscal Pad 10 is likely to be equipped with a 6580mAh battery. When fully charged, it will get you through the day or a longer journey. Without having to worry about juicing it up or having to switch it off after watching one movie. 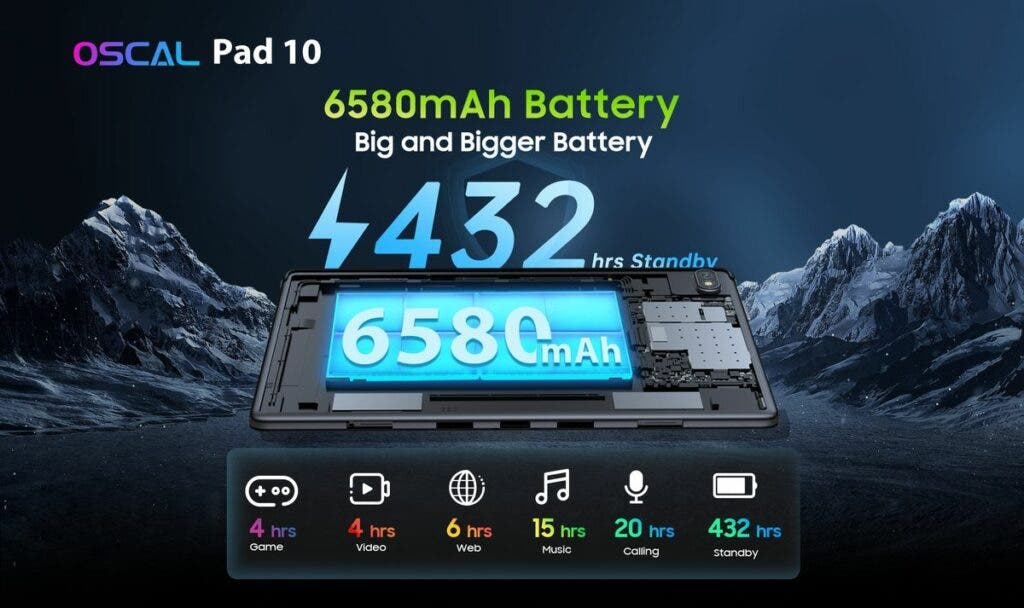 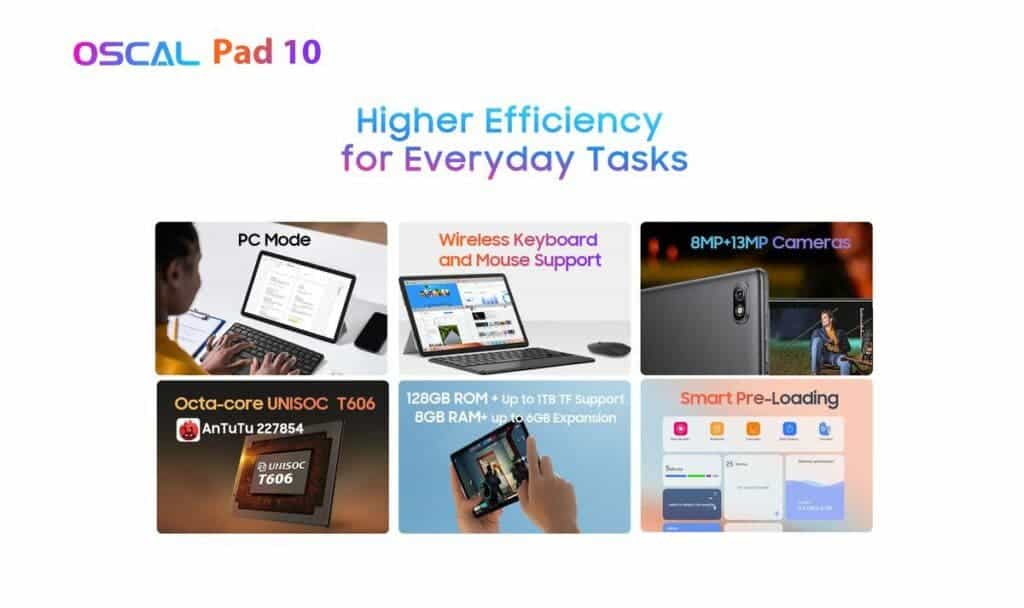 According to the official leak, Oscal Pad 10 boasts an Octa-core UNISOC  T606. That can crush through any intensive task that you throw at it. Which is definitely a device where you will be able to do much in heavy tasks. Multitasking is effortless thanks to 8 GB of RAM and 6 GB of virtual RAM. It’s also packed with 128GB ROM which supports MicroSD card expansion of up to 1TB storage. Rendering a lack of storage a none issue. 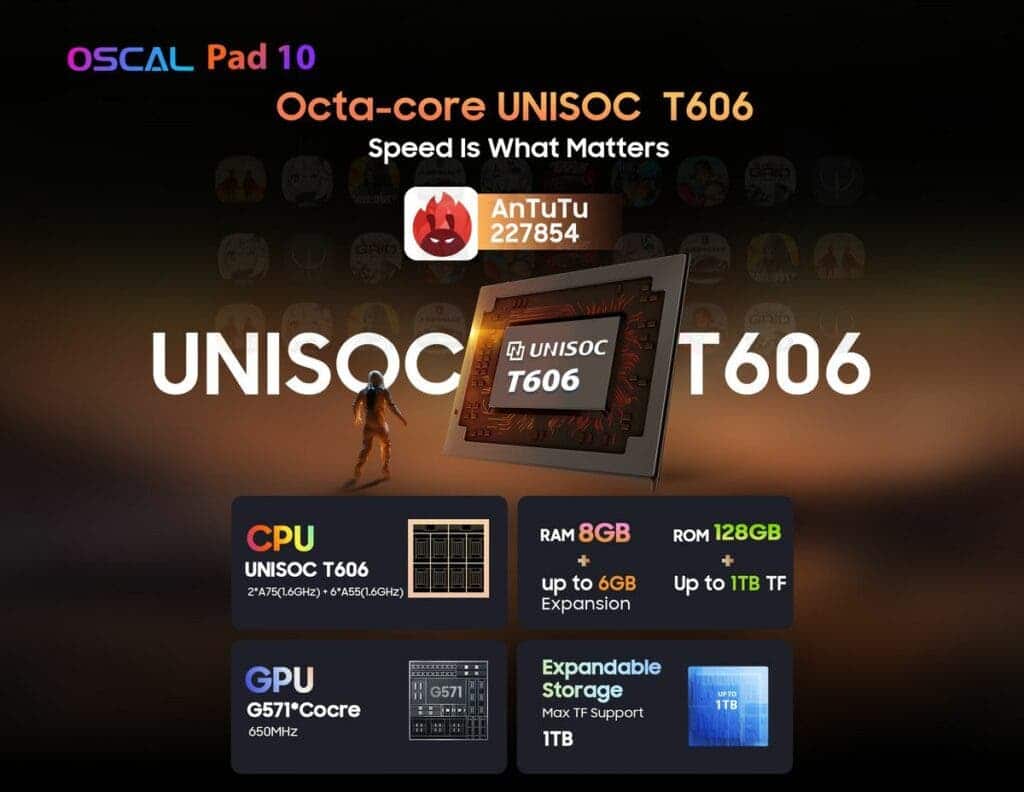 According to rumors,  Oscal Pad 10 will support PC Mode, allowing your pad to function as a computer when paired with a wireless keyboard and mouse, boosting your work productivity to new heights. 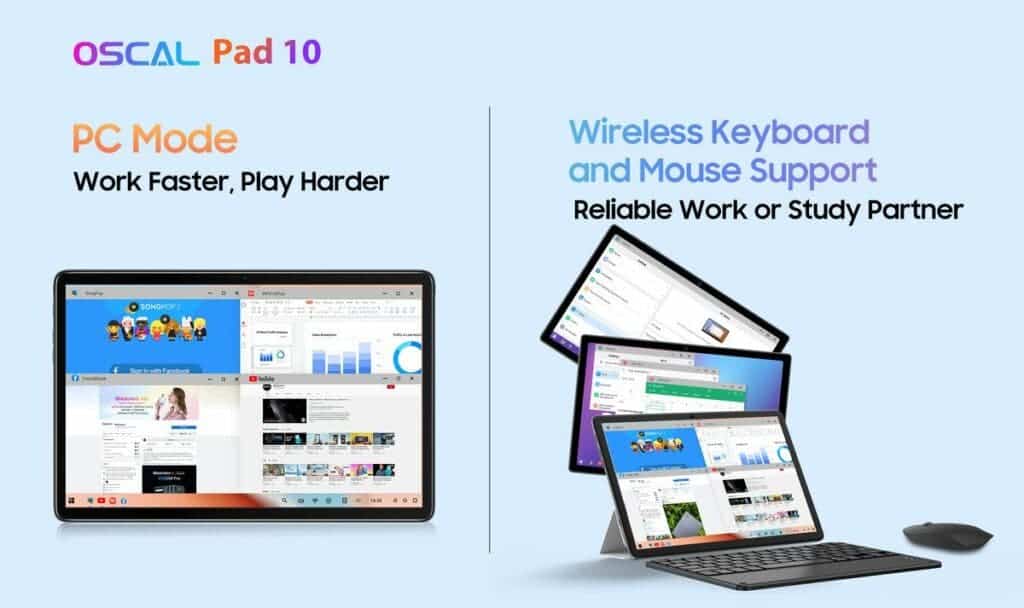 On the camera side, Oscal Pad10 will sport a 13MP  Sony®IMX319 shooter as the rear camera making it a good helper for scanning documents, as well as an 8MP  Samsung®5K4H7 as the front camera to take stunning photos of your loved moments. 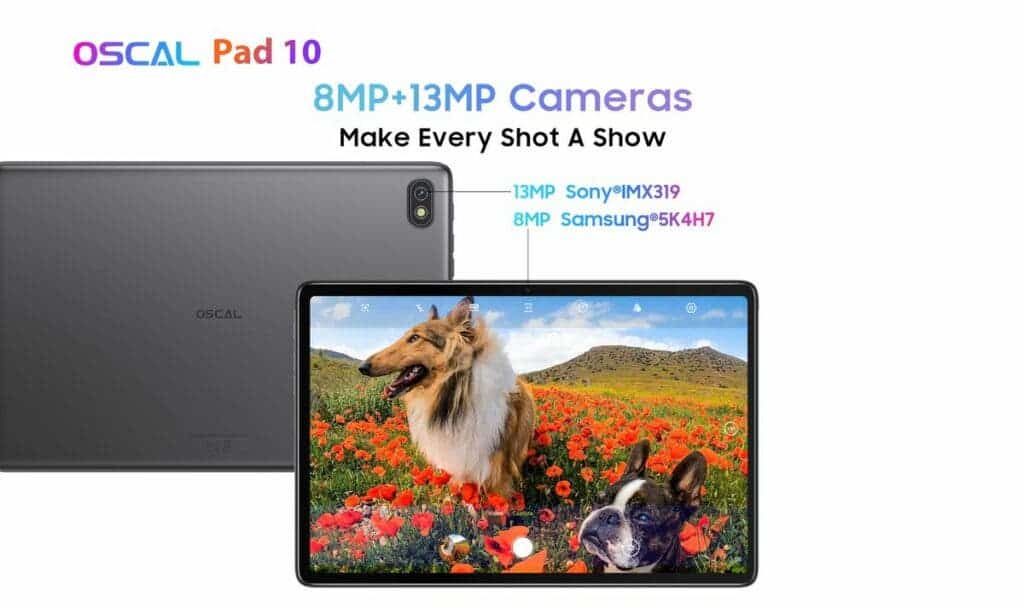 As leaked, Oscal Pad 10  will come with Doke OS _P V3.0  pre-installed, which is based on Android 12 that spruces up in design, convenience, and smoothness. It has introduced  Versatile Desktop, which allows you to easily group apps together, dismiss folders, lock desktop layout and customize icons with a breeze. Some handy features will be included in Smart Floating Windows, such as swiping left or right and then holding for the smart sidebar, swiping right for minus one screen, and swiping down for the control panel.  It’s rather compelling to own pristine and inspiring themes like Thumbling, Rhythm, and Aurora. 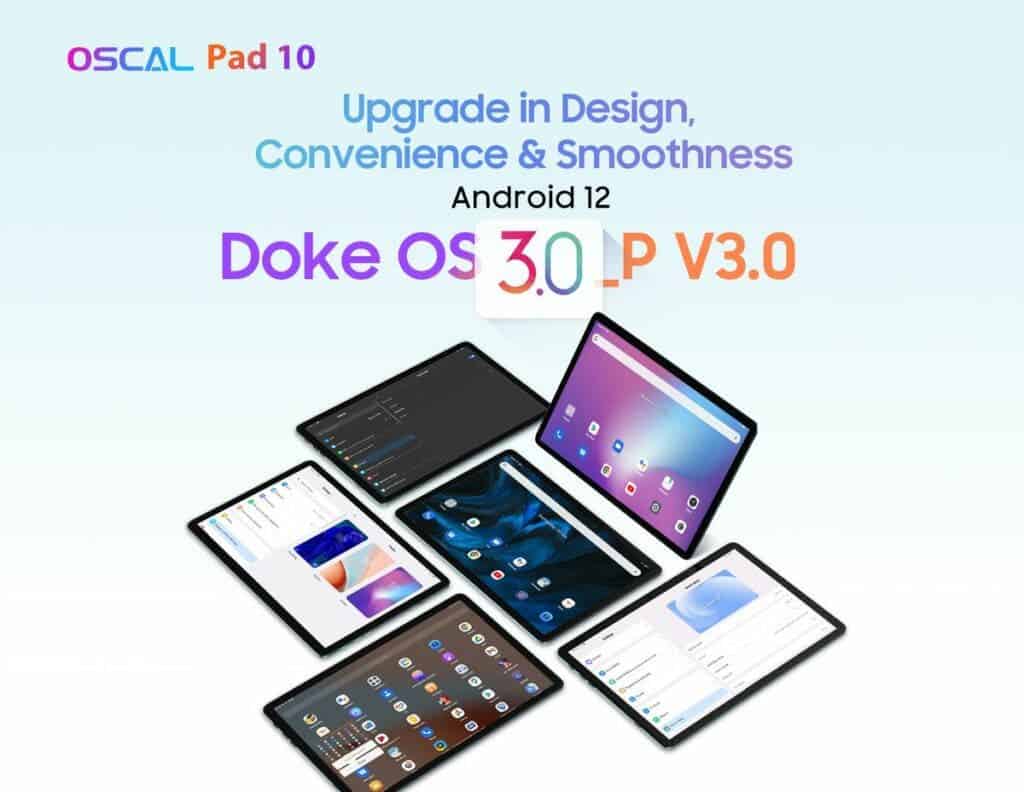 Additionally, Oscal Pad 10 seems to be equipped with  4-in-1 Navigation, serving as your safeguard by providing the precise location. It also deserves some appreciation for providing Dual 4G  that can be used for another SIM card or TF card. By the way, you are able to access your device on the fly with Face Unlock. 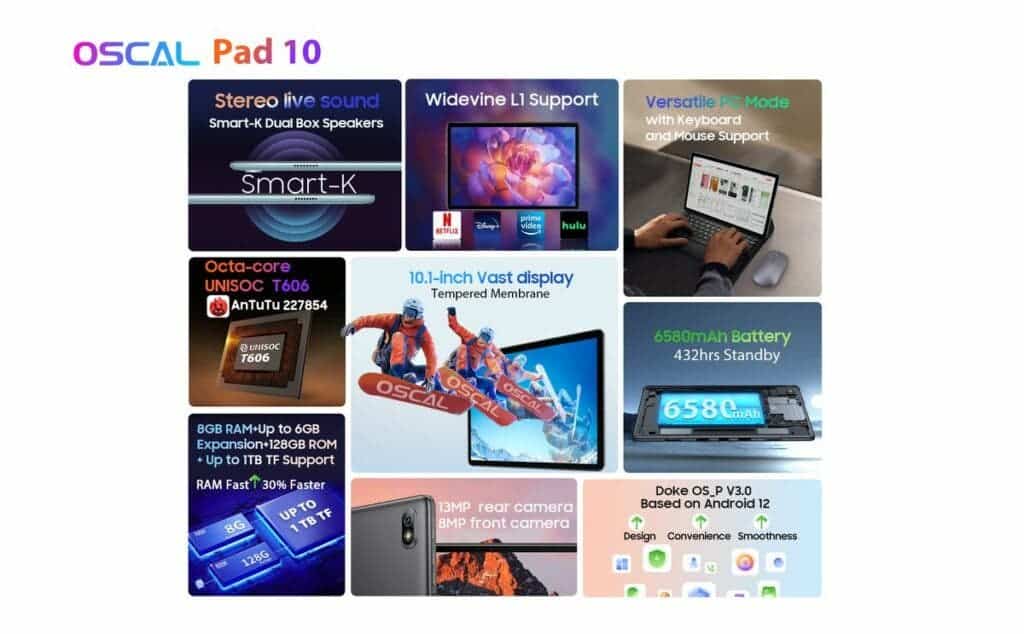 Next Fitbit is Getting Rid of Google Accounts Sign-In Support

Oscal S80 Tipped to Launch with 13000 mAh battery, Arcsoft camera and much more