Honor previously launched the Honor 80 Pro mobile phone which uses a curved screen design. Now, there are reports that the company will launch another model of the Honor 80 Pro but this model will use a straight display. Today, a Weibo tech blogger “厂长是关同学” leaked some real images of the Huawei 80 Pro straight screen version. From the images, we can see that the design of this device is basically the same as the standard version. The only difference appears to be the straight screen which replaces the hyperbolic screen. 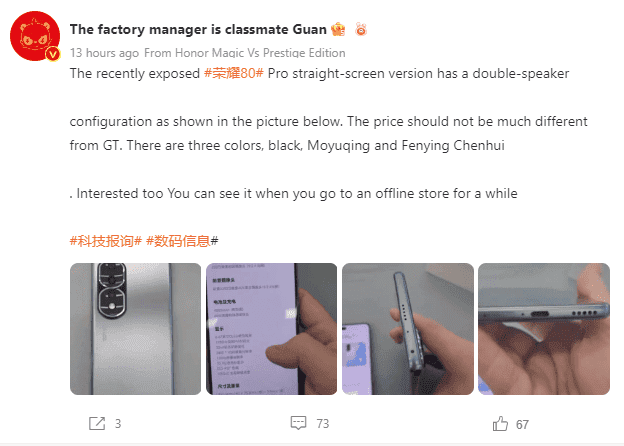 This mobile phone will come with a 6.67-inch OLED flexible straight screen. The display will support a resolution of 2400 x 1080 and it also supports a 120Hz high refresh rate. The display has a peak brightness of 1000 nits. In the camera department, the new phone adopts a triple rear camera setup. The main camera is a 160MP custom ultra-clear main camera. It also comes with an 8MP ultra wide-angle camera as well as a 2MP macro lens. On the front, there is a 32MP lens for selfies.

Under the hood, this device has a Qualcomm Snapdragon 8+ Gen 1 processor. This chip is composed of a 3.0GHz super large core, three 2.5GHz large cores and a 1.8GHz small core. The GPU is Adreno 730, with powerful performance. 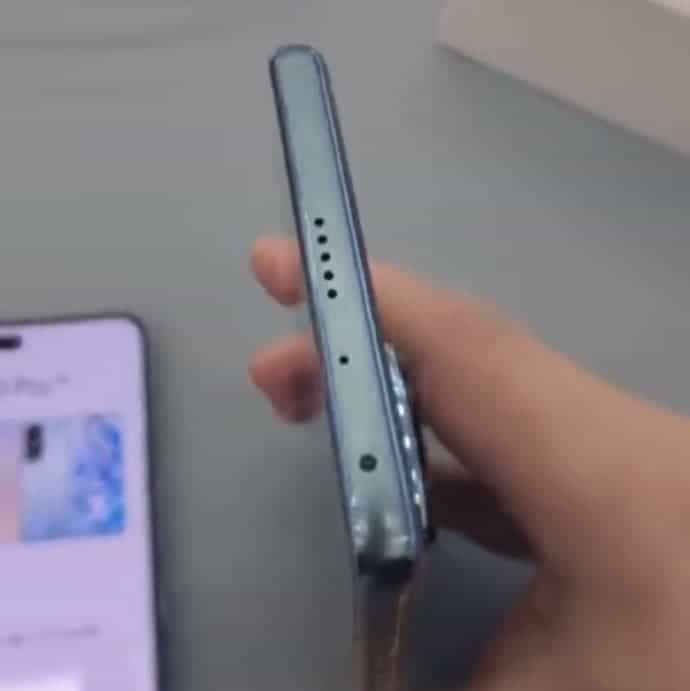 In other respects, the Honor 80 Pro direct screen version will be equipped with a 4800mAh battery that supports 66W fast charging. The device will also come with dual speakers, and the body thickness is 7.9mm. 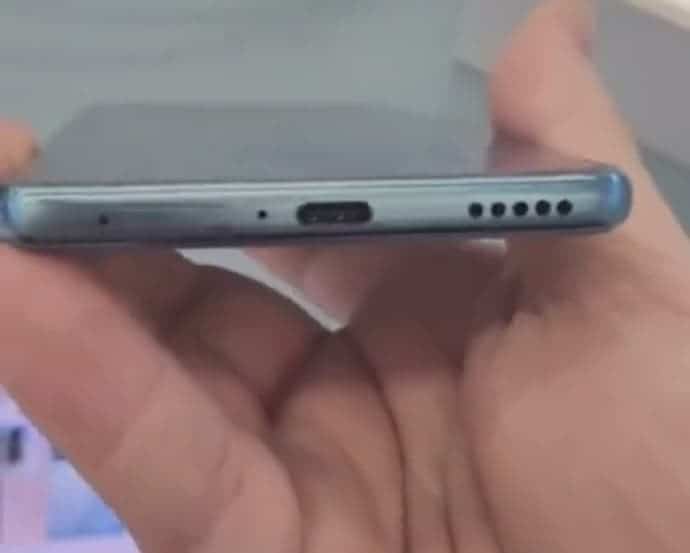 According to popular Weibo tech blogger, @DCS, the Honor 80 Pro straight screen version will come with a 6.67 inches FHD+ OLED screen. Just like other leaks, he also confirms that this device will support a refresh rate of 120Hz but adds that the screen will support 10-bit colours as well as PWM dimming at 1920Hz.

Next Huawei declares crisis over: US embargo successfully curbed