Chinese brand, OnePlus will start next year with its latest flagship mobile phone, the OnePlus 11. There have been reports that the company will hold a new product launch event at 14:30 on January 4th. At this event, the company will officially release the new generation OnePlus 11. Just like other brands, OnePlus is now officially teasing the OnePlus 11. Just recently, the president of OnePlus China, Li Jie, released a new set of teasers for this mobile phone revealing some of its major specs. This morning, he also announced that the OnePlus 11 will come with a 5000 mAh large battery. In addition to the large battery, this device will also come with the top 100W super flash charging. 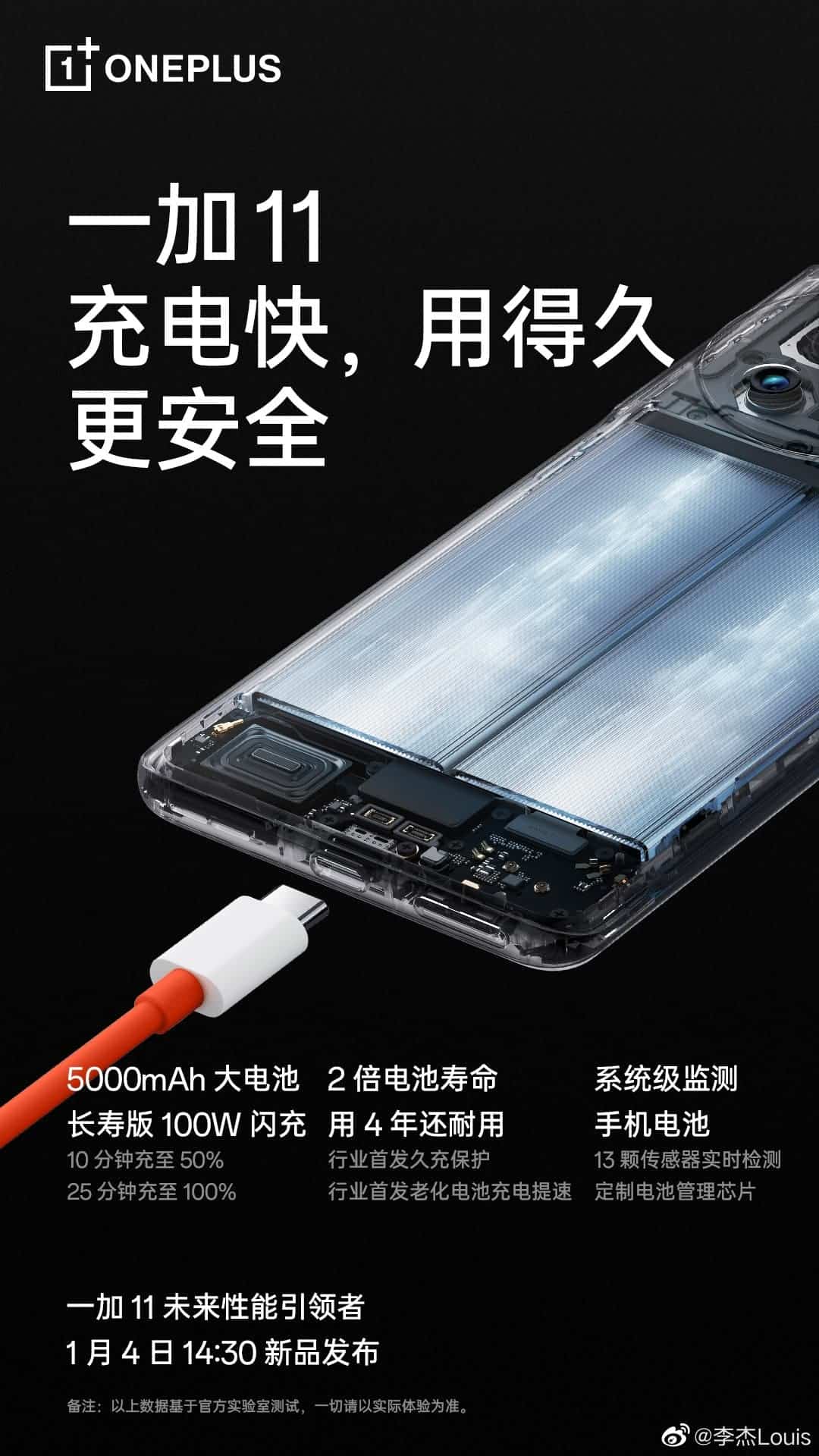 According to OnePlus, this device can charge up to 50% in just 10 minutes. To get a full 100% charge, this mobile phone only needs 25 minutes. In terms of charging, the OnePlus 11 comes with a couple of features for battery protection. It is the industry’s first device to support long-term charging protection. It also supports ageing battery charging speed and real-time detection of battery status through 13 sensors. This device also comes with a specially customized battery management chip. According to the previous network access info, the OnePlus 11 uses a 6.7-inch 2K screen with a resolution of 3216 × 1440. This device will also use Qualcomm’s second-generation Snapdragon 8 Gen 2 SoC. On the rear, this device will have a triple camera setup including a 50MP main camera as well as 48MP and 32MP sensors.