The OnePlus 11 smartphone’s full specifications, press renders, and box contents have been revealed ahead of its February 2023 launch.

OnePlus is gearing up to launch a new flagship smartphone dubbed OnePlus 11 in China. However, some key details about the upcoming handset have previously popped up on the internet. Moreover, the much-awaited OnePlus phone recently appeared on the Geekbench benchmarking website with key specs. Now, the OnePlus 11 specifications and design render have been leaked by tipster Evan Blass.

Blass has shared the OnePlus 11 specifications, design render, and box content via a tweet. The new leak corroborates an earlier report that suggests the OnePlus 11 will pack a Snapdragon 8 Gen 2 SoC.

Also, it confirms the presence of a 5000mAh battery. For optics, the OnePlus 11 has three Hasselblad-tuned cameras at the back. The flagship smartphone from OnePlus will sport a curved AMOLED panel with a 2K resolution.

Aside from this, the screen will support a 120Hz refresh rate. Now, the retail box will include the smartphone, a charging cable, and a charging brick. Also, it will contain a case. 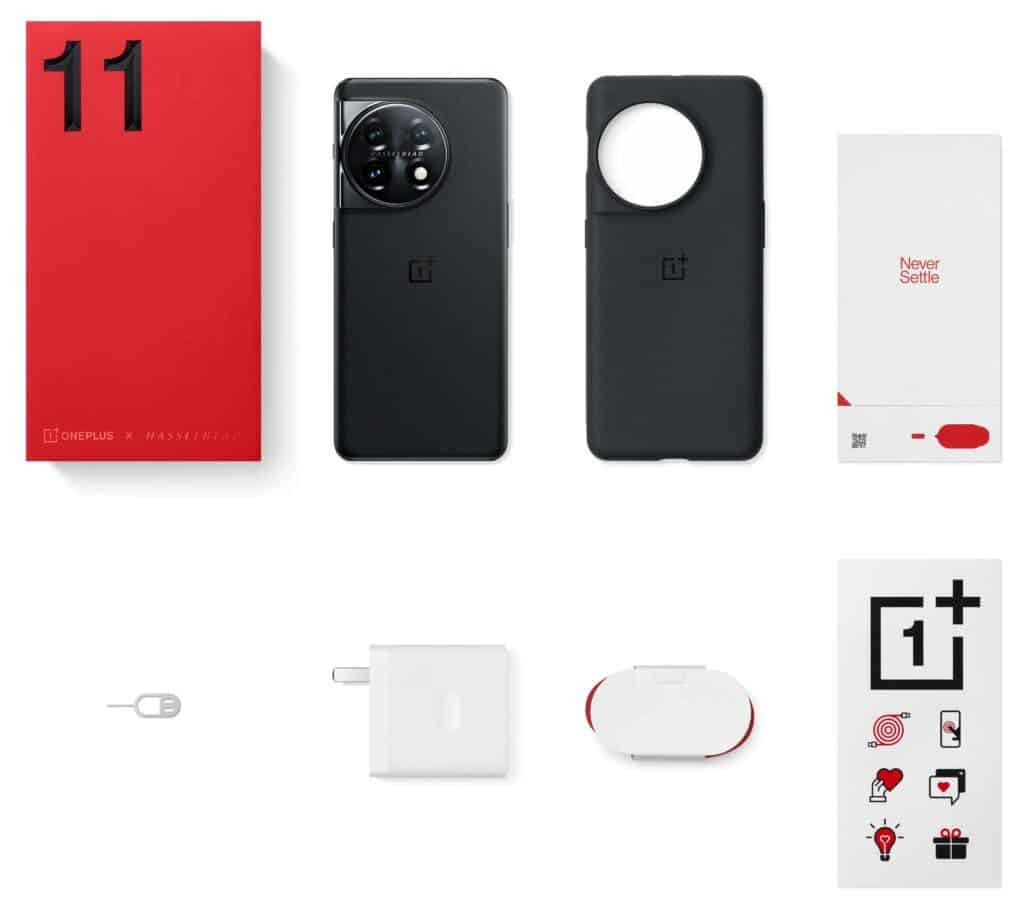 Moreover, the leaked render shows a corner punch-hole notch on the display. The phone will use an Adreno 740 GPU for graphics.

In the photography department, the OnePlus 11 will have three rear-mounted cameras. This includes a 50MP Sony IMX890 sensor. Also, there’s a 48MP ultra-wide-angle lens and a 32MP telephoto lens. 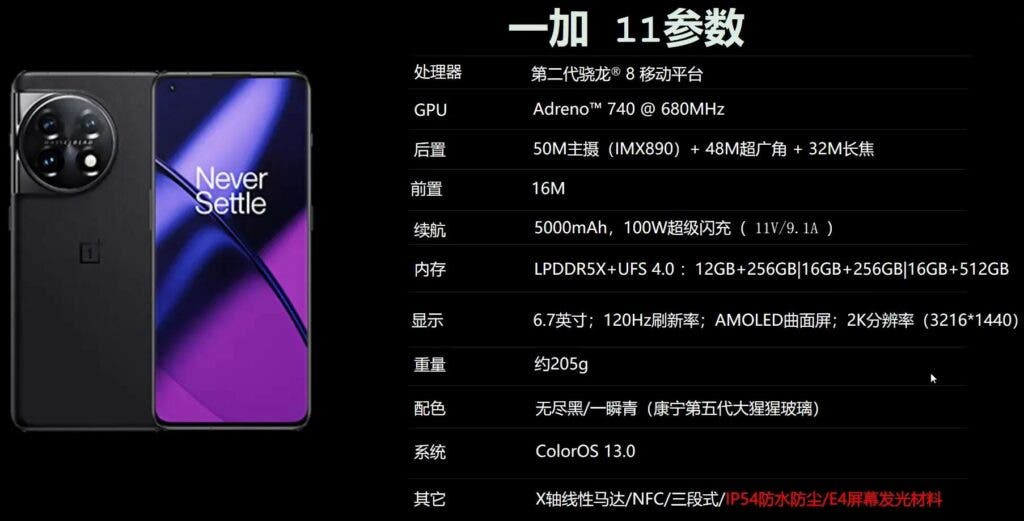 For selfies, the phone uses a 16MP front shooter. Furthermore, the phone’s 5000mAh battery supports 100W fast charging. The OnePlus 11 will ship with LPDDR5X RAM and offer UFS 4.0 storage, according to a report by MySmartPrice.

The OnePlus 11 will be available in Green and Black color options. It will boot Android 13 with ColorOS 13.0 on top. Lastly, the phone weighs 205 grams.

To recap, a microsite for the OnePlus 11 has gone live on Amazon India. OnePlus will bring the smartphone into the Indian market on February 7.