A few years ago, mobile phone brands were not so keen on custom chips. Custom chips are chips that mobile phone brands make to meet specific needs in their mobile phones. Huawei is probably a pioneer Chinese brand to focus on custom chips. However, since the ban on Huawei, other Chinese brands have taken its place and made good progress in coprocessors represented by self-developed NPU, ISP, and charging chips. In terms of imaging, OPPO has Mariana X, Xiaomi has Surge C1, and Vivo also has the latest V2 chip. All these chips can be mass-produced for commercial purposes. Although regular users may not feel it, these chips significantly improved the performance of mobile phones. 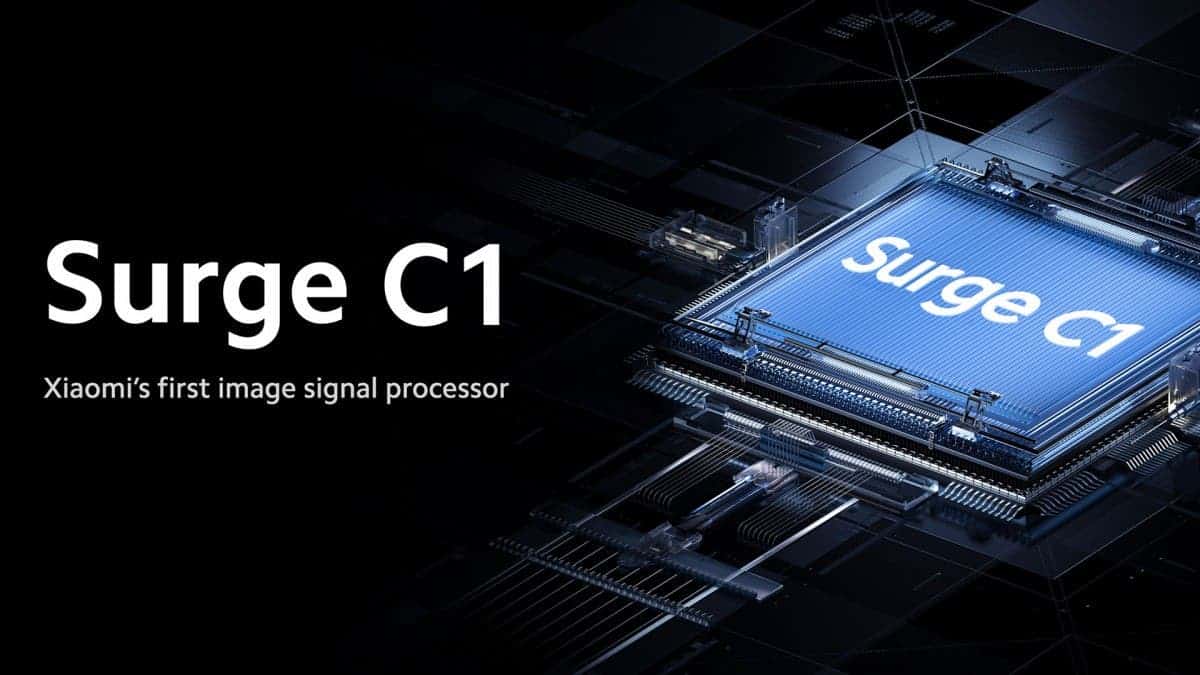 Satellite Messaging is another feature that hit mobile phones in 2022. Huawei and Apple now have new gen. flagship mobile phones that support this feature. This feature allows mobile phones to send messages through satellite when there is no WiFi and cellular network coverage. However, the Chinese version of the iPhone 14 series does not support this function. If Chinese users want to use this feature, then they will have to buy the Huawei Mate 50 series. Huawei Mate 50 series supports the Beidou satellite message function. The device can send text and location info to contacts and provide timely help in emergencies. 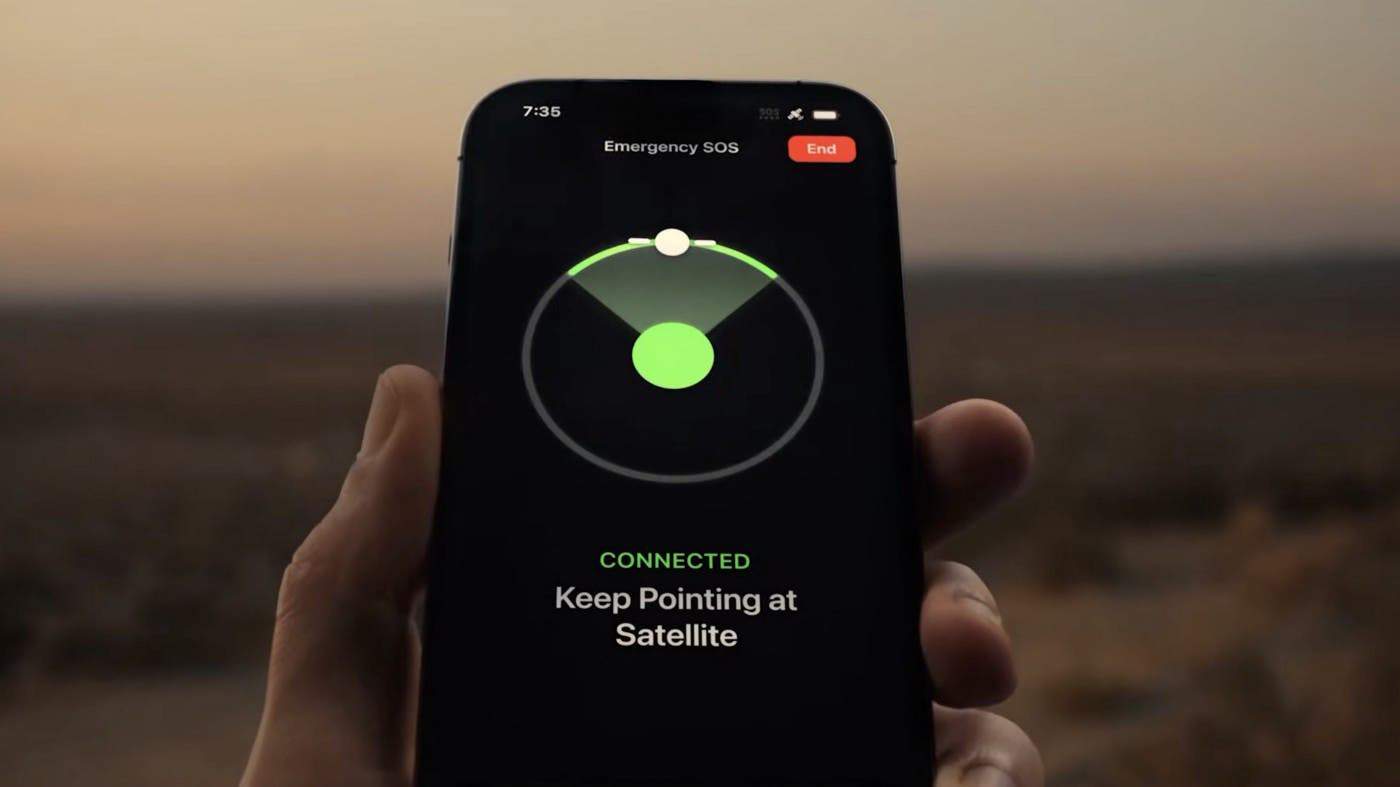 In addition to satellite messaging, another new tech that comes with the iPhone 14 series is the car accident detection feature. According to Apple’s official statement, the iPhone 14 series phones have built-in multiple sensors which can detect a new dual-core accelerometer up to 256 g-force and a high dynamic range gyroscope which can detect severe car collisions. The feature can also contact emergency services and give them the location of the victim. 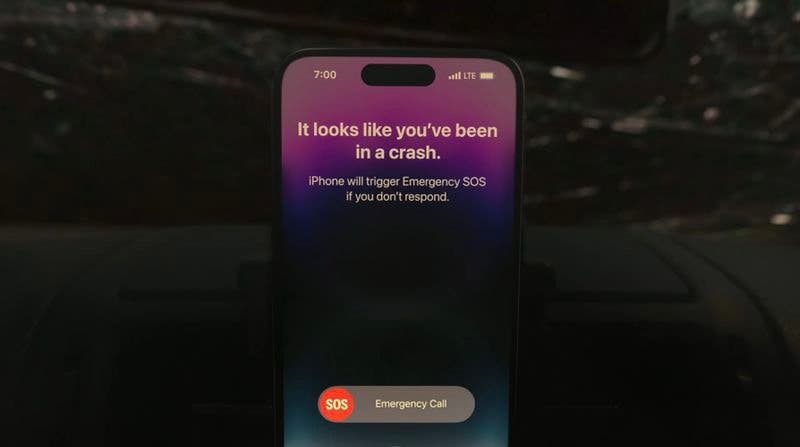 From the description, the feature is quite practical. Also, there have been real use cases to prove that this function is very useful. However, there are also several reports that the feature needs an upgrade. It is not working well at the moment. This feature has sent false alarms to emergency services in Canada as well as the U.S. 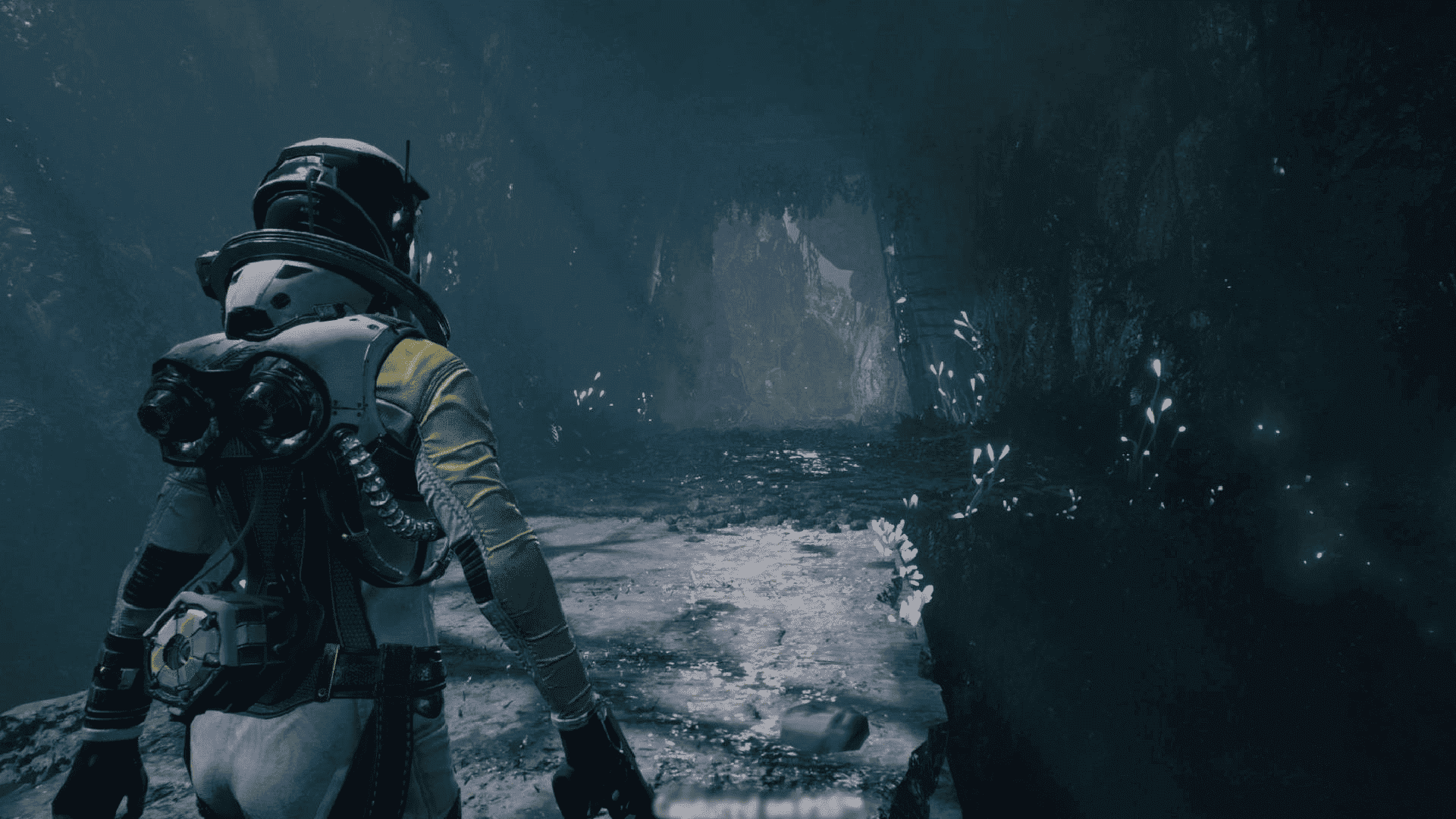 With the continuous advancement of AI tech, its application in mobile phones is becoming more extensive. This year, MediaTek and Qualcomm both launched AI semantic segmentation technology. This tech focuses on the display of a mobile phone.

The main camera of the Huawei Mate 50 series mobile phone borrows from the adjustable lens aperture design on traditional cameras. The industry’s first ten-speed variable aperture lens can control the amount of incoming light by adjusting the opening and closing of the six aperture blades. In the actual experience, in the professional mode, when the aperture is pulled to the maximum, the depth of field will become shallower. The background blur will begin to appear, making the subject more prominent. If you often use professional mode to take pictures, the depth of field and the degree of blur can be adjusted. In the automatic mode, the mobile phone can freely choose according to the environmental conditions to create a natural blur effect.

In 2022, mobile phone brands continued to develop fast charging. In the first half of the year, Realme GT Neo3 launched 150W wired fast charging. This was a new world record at the time but it did not last long. The iQOO 10 series was officially released in July, and the Pro version debuted with 200W fast charging. This charging capacity can give a full charge to a 4700 mAh battery in just 10 minutes. 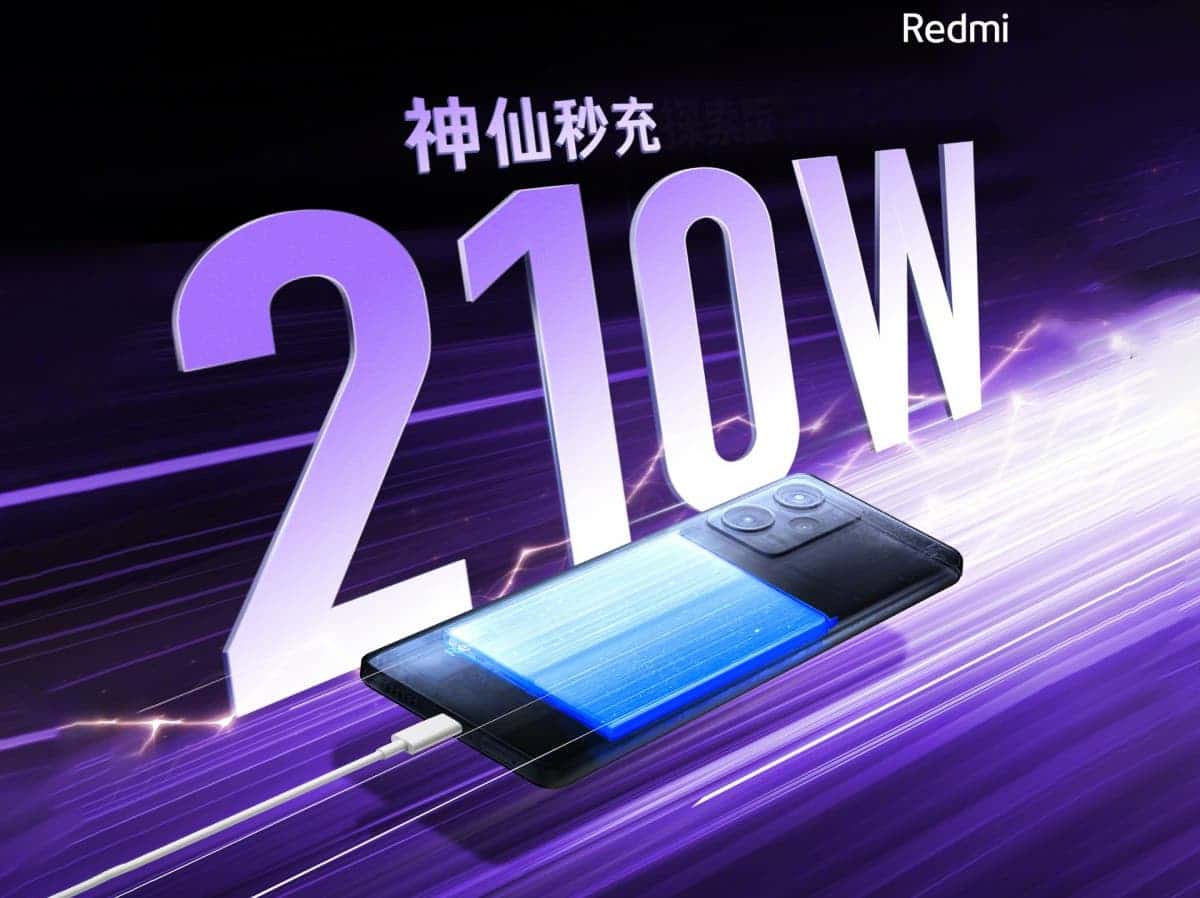 In a blink of an eye, in October, the Redmi Note 12 Explorer Edition launched the 210W flash charging for the first time in the industry. It is also the fastest charging speed that has been mass-produced on mobile phones so far. It is foreseeable that in the future, mobile phone brands will continue to roll in fast-charging tech. This will further promote the charging speed of mobile phones into the era of single digits. The iPhone 14 series is a big hit, and I don’t know how many consumers are rushing the “Smart Island” feature. Apple uses a combination of software and hardware to make full use of the punch-hole area on the front of the screen. It can cooperate with the App to display some necessary info on a daily basis. For example, when listening to music, “Smart Island” will have a reminder that the music is playing. With the smooth dynamic experience and unique interaction, the “Smart Island” also brings a different interactive experience. 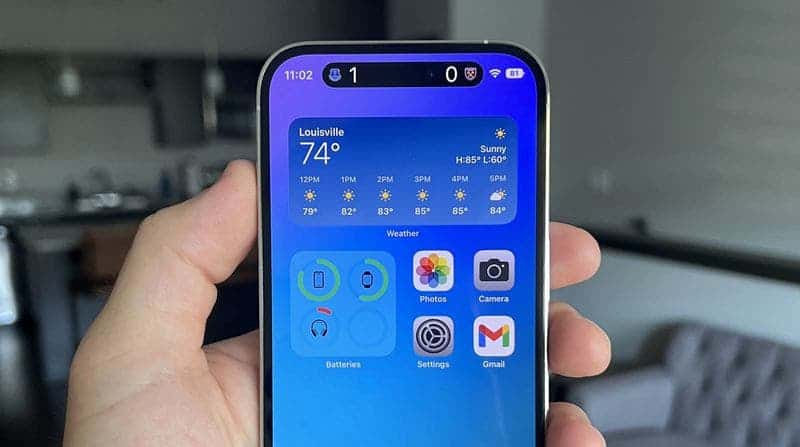 Chinese brand, Huawei released the Kunlun glass with the Huawei Mate 50 series. This is the strongest Chinese glass and it has become so popular. Kunlun glass incorporates up to 100 million specific metal oxide crystals. After a special high-temperature heat treatment process, combined with composite ion-enhanced implantation technology, it forms a dense support structure. This greatly improves the toughness of the glass and is more resistant to falling than ordinary glass. The capacity has been increased by more than 10 times, and Kunlun Glass has thus become the first glass product in the industry to obtain the Swiss SGS five-star anti-fall and drop-resistant certification. 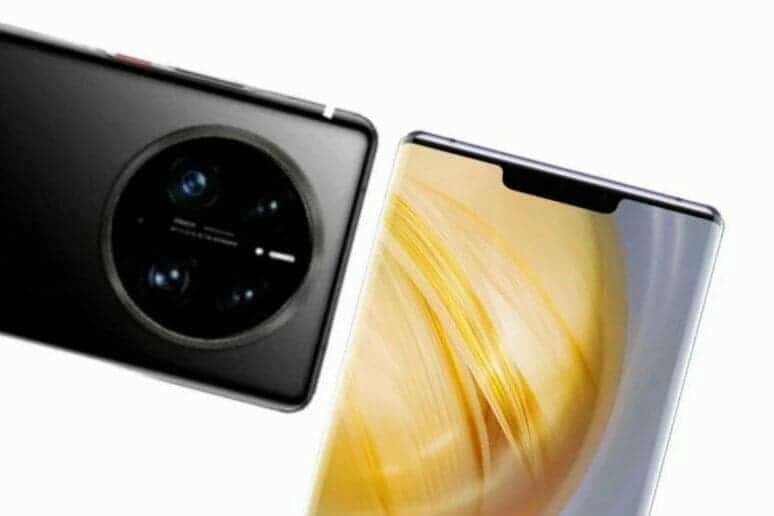 These are the top ten most popular technologies that appeared on the mobile phone circle in 2022. If you have anything to add, please leave a message in the comment area and share it with more people.

Previous Galaxy S24: Get Ready for a Bold New Look!

Next Leaked Benchmarks Reveal the Stunning Power of the Nvidia RTX 4070 Ti!