For front-line professionals who spend most of their working hours outside the office, regular mobile phones often don’t have the rugged design and the tools they need to get the job done. That’s why Ulefone, a global leader in rugged devices, launched an all-new thermal imaging rugged smartphone. The Power Armor 18T, featuring FLIR’s Lepton 3.5 micro thermal camera to visualize heat.

With the highest resolution (160×120), the Lepton 3.5 is currently the most advanced radiometric thermal camera core in the Lepton family. This sensor offers four times more thermal resolution than its predecessors. And also it can read temperatures up to 400 degrees Celsius. So Power Armor 18T users get sharper and more detailed images. 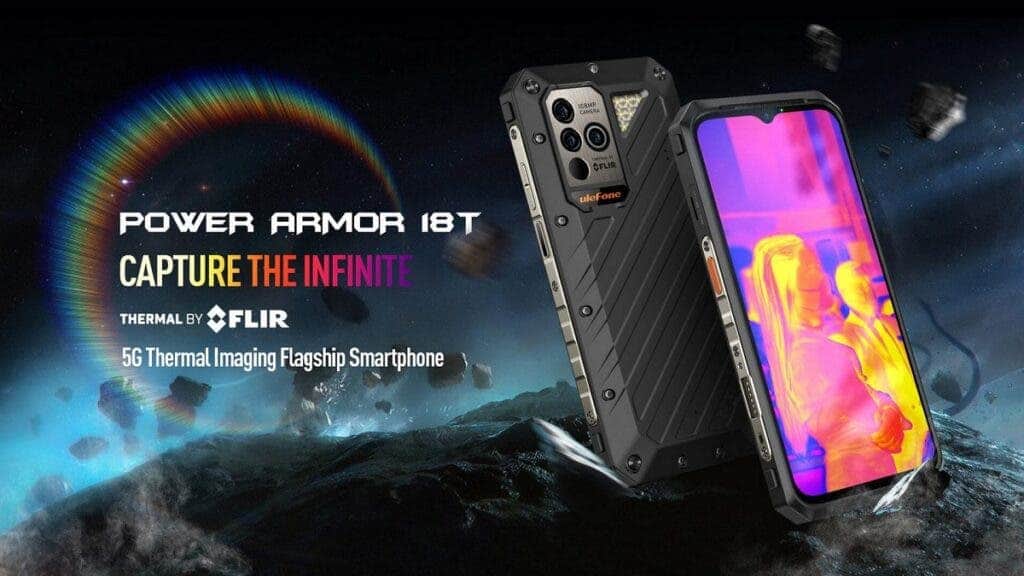 The Power Armor 18T uses FLIR’s patented MSX imaging technology, which adds key details from the visual spectrum to the entire infrared image in real-time. This makes the image quality of thermal image even sharper.

The device also features MyFLIR app to work with the thermal camera and get the most out of it.

Thermal sensors detect the heat emitted by objects and people. Therefore, they can visualize heat that is invisible to the human eye and enables users to see even in total darkness. Ulefone Power Armor 18T combines FLIR thermal imaging technology to provide a whole new perspective for diagnosing a variety of problems. What exactly is thermal imaging used for? Check out the video.

As you can see in the video, the Power Armor 18T’s thermal imaging camera is useful for a range of applications. It allows you to inspect a vehicle’s engine compartment, check for overloaded parts of electrical circuits, spot leaks in pipes, check appliances such as refrigerators or microwaves, measure the temperature of the human body, detect sneaky animals hanging out in the dark, or just how hot your food is — simply by placing them in the viewfinder of your camera.

Specs Get a Boost

In terms of core specs, the Power Armor 18T sports a stunning 6.58-inch screen with a Full HD+ resolution (2408×1080) and a 120Hz ultra-high refresh rate protected by Corning Gorilla Glass 5. It’s powered by a 6nm MediaTek Dimensity 900 processor (octa-core, 2.4GHz) backed by 12GB of RAM and 256GB storage. Additionally, it supports 5GB of virtual memory expansion and up to 2TB of expandable storage. And you get a 9600mAh battery with a 66W ultra-fast charging speed. 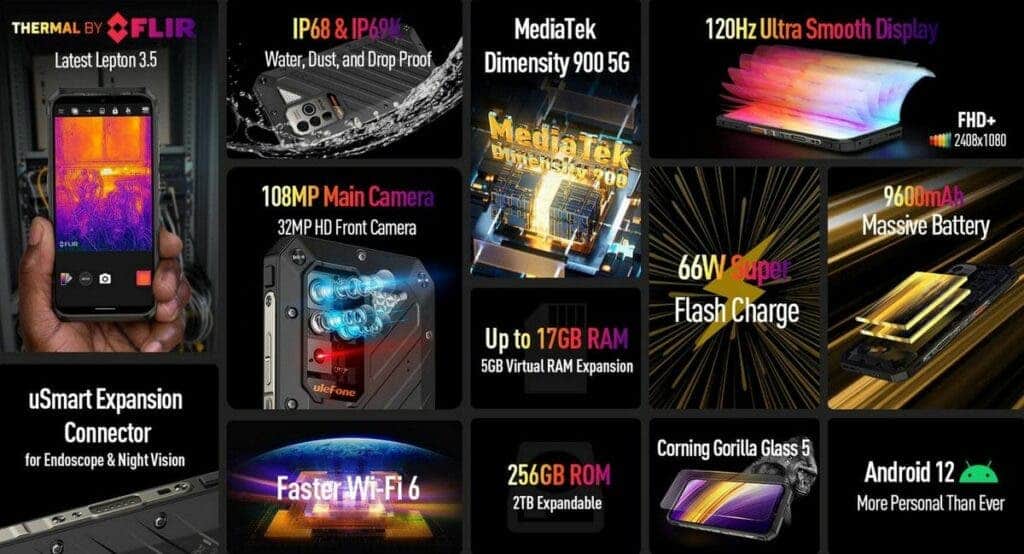 The Power Armor 18T has made a hit in the market with its outstanding combination of durability, functionality, and performance since its debut last month. For more details, you can always visit Ulefone’s official website or follow its YouTube channel. You can also already buy it directly on Aliexpress.

Previous U.S Nuclear Scientists Under the Radar of Russian Hackers

Next Razer Edge arrives to destroy the Switch and Steam Deck

Oscal S80 Tipped to Launch with 13000 mAh battery, Arcsoft camera and much more