This is a new section I just decided to write up. Every week or so we’ll post information and photos of a few cloned phones available around China with pricing.
To start off we’ve decided to feature 3 phones which tickled our fancy. One is a Motorola Flipout clone, the next is a HTC HD2 clone and the last is one of the many iPhone 4 knock offs on sale. 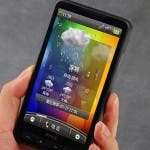 We’ve decided to start with the most expensive clone of the bunch a HTC HD2 clone running Windows mobile and costing from 1430 RMB – 1850 RMB or $211- $273. The pricing basically depends on the number of spare batteries you want in your package, and the size of your micro SD card, oh and the type of leatheresque belt pouch you want!
This big fat slab of HTC wannabe has some impressive specs such as an 806Mhz processor and a 4.3 inch capacative screen. How snappy and responsive this beast will actually be is uncertain due to its limited 256mb of ram.
At this price you would expect 3G, Wifi and GPS and the iHTC doesn’t disappoint packing all 3 plus a Windows 6.5 O.S meaning a good number of quality apps/programs will be available to you.

Check out the iPhone 4 clone after the jump!

iPhone 4 Clone aka HiPhone 4/Airphone No. 4 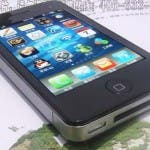 The HiPhone has long been THE iPhone clone. Good looking, cheap and sometimes sporting an Android O.S the HiPhone has found itself a cult following here in China.
This iPhone 4 clone is one of the middle of the range models which means it’s running an open source JAVA platform, so apps won’t be a problem, but the quality might.
Like the more expensive iHTC the HiPhone/Airphone 4 comes in a range of packages starting from as little as 550 RMB – 750 RMB or $81 – $110 the handset is the same through the price spectrum only the extras change with the price increases.
The overall appearance is really very good with a glossy finish on both the face and back, mimicking the iPhone 4’s glass exterior, and a brushed alloy surround copying the troublesome 4’s antenna. Other than O.S and price another big area where the clone differs is in the replaceable battery area (it has one) and it is only running on EDGE rather than 3G. GPS is also missing but memory is expandable via micro SD. Other iPhone 4 clones have these missing features and we’ll be featuring them shortly. 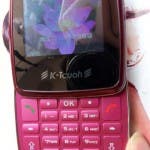 The cheapest of the 3 costing as little as 230 RMB- 425 RMB – $34-$62 again depending on the type of ‘finishing kit’ you decide on i.e batteries, cases, screen protectors, SD card size. The Ktouch X90 is the most basic of the 3 too acting as a basic cell in a fashionable package, but it does pack a few other features that are worth mentioning. The x90 shoots 3.2 megapixel photos but the screen would never do them justice, it supports up to a 2Gb micro SD card and will happily play MP3 and MP4 files or browse WAP Internet over a 2G network.

Next Alibaba and Sohu Team Up and Take It To Google