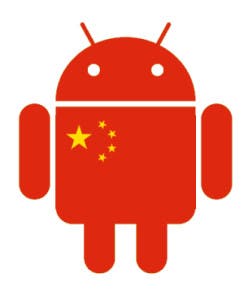 The Chinese press have been speculating for months about what Motorola had planned for it’s Chinese phone range, and it looks like they’ve finally spilled the beans.
Motorola are planning to launch 3 new Android phone with full touch screens around the Fall of 2010. What’s more all 3 of the new phones will have flip out ‘Ming’ writing areas to support Chinese character input with the use of a stylus.

Non of the new phones have very pretty names, but they do have some good looking spec’s for example the MT810 doesn’t sound as flash as a HTC HD2, but it will have a 3.2 inch touch screen and will support 720p HD video playback. The MT810 will also boast support for the CMMB, which is the Chinese standard for mobile television, and pack a 5 mega pixel camera with LED flash.

The XT806 may not sound as cool as an iPhone 4, but it will handle pretty much everything the latest iPhone can do thanks to its 512MB RAM, built in GPS and it’s 5 mega-pixel camera which is capable of recording HD video.

The third phone in the line is to be a budget model and will only be running Android 1.6 (the other 2 will run at least Android 2.1) meaning you probably aren’t going to see many updates for it. The A1680, as it is known will however have a rather splendid 3.1 inch AMOLED display!

Looks like Chinese customers are in for some Android love over the next few months.

Next New iPod Nano To have Touch Screen, iPod Touch To Get Camera