Archos has revealed 5 new tablets for the Chinese market starting at $99 and rising to a reasonable $349 with their Archos 101 ‘iPad killer’.
Each of the Archos tablets run Android operating systems and range from 2.8 inches to 10.1 inches in screen size.
Here’s a quick peek at all 5 new tabs. 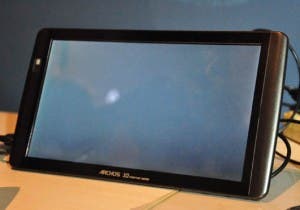 This could be an iPad competitor. Priced at a good deal less than the Apple device and offering a few more built in features such as a front facing VGA camera, 1x USB, HDMI out, SD card reader and a lighter weight (only 480g).
The operating system is Androids latest 2.2 which is sure to be a wicked performer thanks to the ARM Cortex dual core 1Gh/z processor.
720 HD playback is supported on it’s 1024 x 600 resolution, 10.1 inch multi-touch screen, and games should be a dream due to the graphics accelerators and 3D OpenGl ES 2.0.
Over all size is 270x150x12 making the Archos 101 a little thinner than the iPad too.
The Archos offers seems to offer a great package at an even better price, but there doesn’t seem to be a 3G option as yet and the lack of GPS is going to disappoint a few.

Get the full low down including spec sheets for all 5 tablets after the jump. 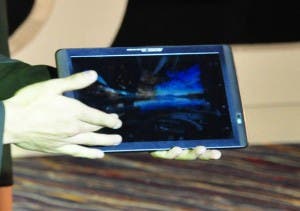 The Archos 70 has a similar spec to the 101, 1Ghz Arm Cortex, 3D graphics, Android 2.2, 720 HD playback…..e.t.c But it comes in a smaller 7inch TFT LCD screened package and offers a choice of either 8Gb flash memory or a 250Gb hard-drive.
Pricing is lower than the Archos 101 at $249 for the flash memory model and $299 for the hard-drive equipped version.
Again another fine looking package, but where’s the 3G and GPS? 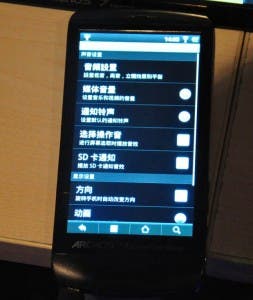 The 43 is almost cell-phone in size and look, but iPod in price and function. This little 4.3 inch screened tablet is almost certainly going after the gaming/multi-media market. It actually reminded me a little of the Atari Lynx from on first quick glance, no idea why? maybe its just a similar size.
The specification certainly looks nothing like Atari’s ill fated hand-held, however and again pretty much follows the Archos 101 and 70 tabs recipe.
Both an 8GB and 16GB version will be available, but only pricing for the 16GB has been announced, and at $199 it looks very attractive!! 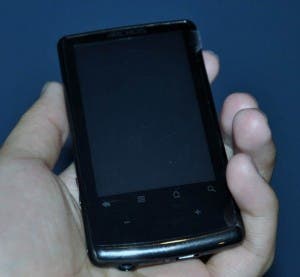 This and the next tablet Archos released are the babies of the bunch. Lower and specs and price, these guys are more like media devices rather than games machines or productivity tools.
For $149 you get a 3.2 TFT LCD multi-touch screen, Android 2.2, 8Gb of flash memory all scooted along by an ARM Cortex 800MHz processor plus the same graphics acceleration and OpenGL the other tablets benefit from. 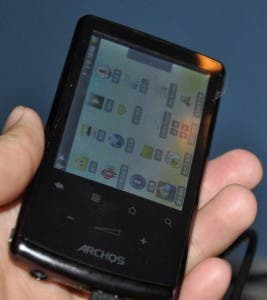 The 28 is the $99 baby of the bunch as losses most of the extra features the higher priced models offer. It still has a zippy 800MHz Arm CPU however and would make a great little web browser, MP3/MP4 player.