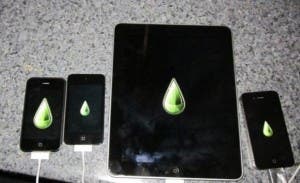 If you were one of the early adopters in China and picked up an iPad on the day of release in China you may have been a bit disappointed to find it was shipped with iOS 3.2.2 which, at the time, couldn’t be Jailbroken.

Luckily for you (and me) a new exploit and software to Jailbreak your 3.2.2 running iPad called Limera1n has just been released. I’ve tried it myself and it’s a piece of cake.

Here’s what you need:

Here’s what to Jailbreak