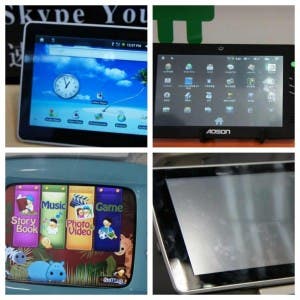 The 12th China Hi-Tech Fair is currently in full swing. We’ve already posted 12 robots from the show, and a robotic cycling duo. Now, we have 7 new Android Tablets from the show.

Keep reading for full details and images of all 7 new tablets. 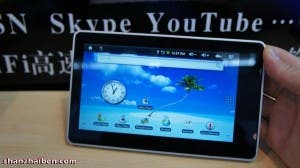 We’ve been after a Chinese made Android tablet with a decent touch screen and finally we have one. This 7 inch capacative touch screen tablet gets a Rockchip RK2818 CPU, 256MB of RAM and 4GB of flash memory. The screen supports 5 finger multi-touch and is a welcome site in a market flooded with cheap resistive screens.
O.S is Android 2.1 and runs nice and quickly thanks to that Rockchips CPU.
Retail prices is 999 Yuan ($150), which seems a bit of a steal 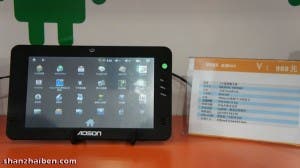 Shenzhen Lucky Star have a 7 inch resistive screen tablet on show with 256MB of RAM, 2GB of internal flash memory and a 3000mAh lithium battery.
Retail price is 988 Yuan which is a bit expensive considering the low quality screen. 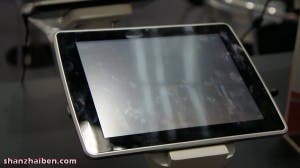 Yi-Bo had this tablet running Android 2.2 on a Rockchips CPU. Spec is all standard tablet stuff except for the odd screen size. Where as most tablets go for 7 or 9.7 inch screens Yi-Bo decided to spec an 8.4 inch screen.
Pricing hasn’t been confirmed, but don’t be suprised to find a higher than normal price due to the size of that screen. 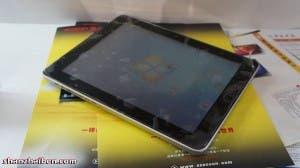 A tablet article wouldn’t be right without the token iPad clone. Here we have two both of which use 9.7 inch screens, but with different operating systems and CPU’s.
The first here uses an Intel Atom Z510 CPU clocked at 1.1, which gives a suprisingly low power consumption of only 2w. Internal memory comes in 16,32 and 64 GB and there is 1 GB of RAM. Price is only the high side and is expected to cost around 3100 Yuan ($467). 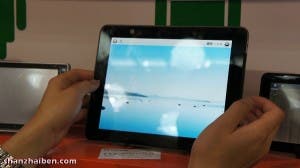 The second is still in the prototyple phase and runs Android 2.2 on a ARM Cortex A8 CPU clocked at 800Mhz. Pricing still hasn’t been finalised.

Read Also:  Cold War II? NASA to build a nuclear base in the moon before Russia and China 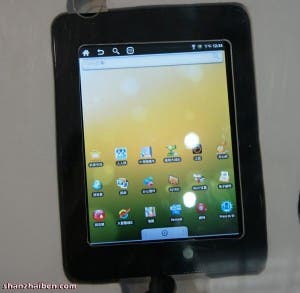 Foxconn showed up with an OEM 7 inch tablet designed for export markets. Specifications are similar to the above tablets with 256 RAM, 4GB of flash memory and an Android O.S. CPU is said to be a dual core 660 Mhz unit based on MIPS architecture. Price will be 1600 Yuan ($250). 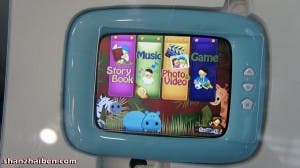 Last but not least is the StoryPad. Billed as the first tablet computer designed specifically for children the Linux based system is designed to play basic games, video, music and read books. Built in storage is only 1GB but there is room for a micro SD card to boost space. Pricing is 1000 Yuan ($150).
Pictures Via Shanzhaiben
Words Andi Sykes

Next Attack of the Giant iPhone 4 Droipad Tablet!