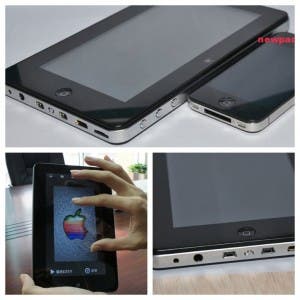 Ha ha I love this little 7 inch Droipad tablet! I’ve been trying to kick the habit of referring to every Chinese made tablet as an iPad clone, I even had a bit of a rant about it, but I’ve not done so well.
But this tablet! This guy! He looks like a giant iPhone 4! There’s no way I could refer to it as an iPad clone, knock off, copy! 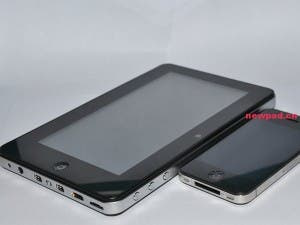 Ok, so it looks like a massive iPhone 4, a look which it pulls off very well, so well in fact I think it looks rather handsome!
The 7 inch screen has a resolution of 800 x 480, but more importantly is the fact that this screen is a capitative touch screen not a resistive model! Capacitive screens (like the one’s found on the iPad and iPhone) are specially designed for touch (read finger) input, where as resistive screens are meant to be used with a stylus, and are generally terrible to use with finger tips (although fingernails work fine). 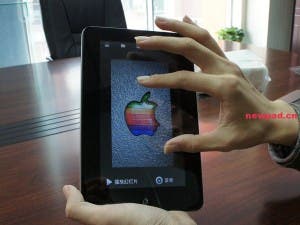 So the screen is a good one, oh and it supports 5 finger multi-touch! Pinch to zoom anyone? 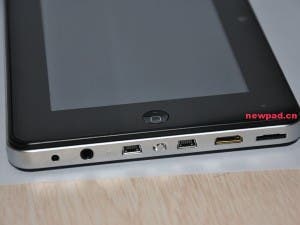 The glass and alloy construction mimics that of the iPhone 4. The alloy band houses all sorts of great features such as a built in mic, headphone plug, 2 mini USB plugs, HDMI out, micro SD, plus power and home buttons. 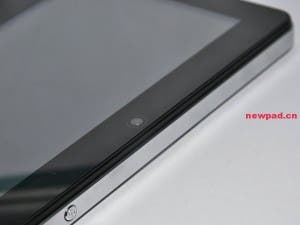 The face of the unit not only get a great screen, but also the imitation iPhone/iPad home button and a front facing camera. 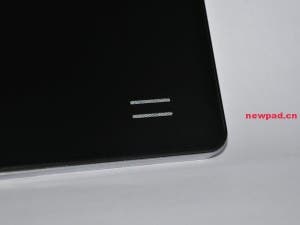 The back gets the same glossy treatment, and also a speaker.

On the inside this monster iPhone tablet is pretty much the same as everything else out. Android O.S, 1080p video playback, external 3G expansion and a built in 3000mAh lithium battery.

Read Also:  iPad and Home hub: Apple clarifies what will change with iPadOS 16

Next Genuine White iPhone 4 On the Grey Market in China!