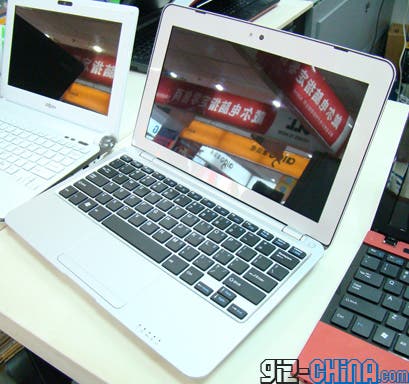 Yesterday, I went on a little excursion around the local computer and phone ‘cities’. These places are usually a treasure trove of Shanzhai and yesterday was no exception as we found this little 12 inch Macbook inspired netbook innocently sitting on one vendors store fronts. 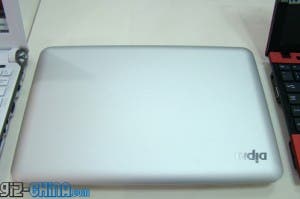 The brushed alloy body’s exterior design is a combination of current and previous Macbook Air designs. The round tapered design of the older generation Air with the oblong appearance of the current 11 inch Macbook Air (which I managed to have a quick play on).
Unlike some manufacturers Dipai have decided not to go full Shannzhai, so instead of an Apple logo on the lid you get a Dipai logo. 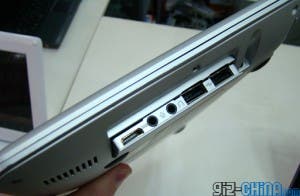 Underneath there are fold out trays on either side. The left (flimsy) plastic tray hides the SD card reader, where as folding down the right tray reveals 2x USB, HDMI out and headphone/microphone jacks. 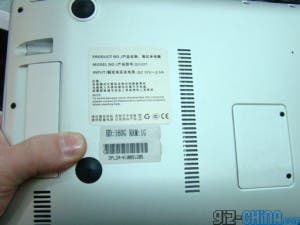 Inside there’s an energy efficient Intel Atom 1.66 Ghz CPU, 1 Gb of RAM and a 160Gb hard drive loaded with Windows 7.
Unfortunately I couldn’t have a play around to check the performance of the machine as there was no power in the build in battery, but from outward appearance alone it looks to be a nice budget machine.
Retail price for the Dipai L-50 as it’s officially known (Macbook Air clone to the rest of us) is 3200 Yuan ($480), but if you smile and ask nicely you’ll get that down to 2800 Yuan ($420) as I did.

Next 3D Video Recording for Less Than $250: Ordro HDV-VD1