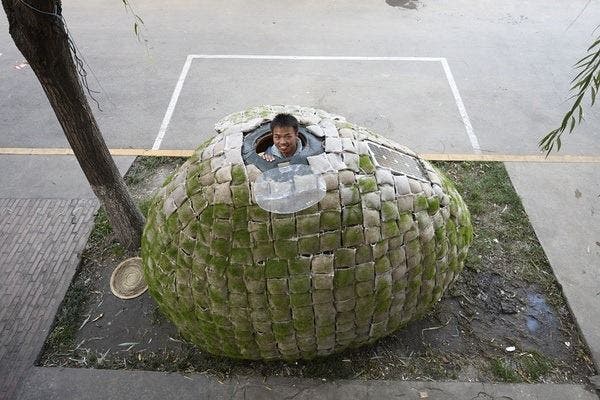 The young Beijing designer we reported on early, who built his own bamboo ‘egg’ home has been ordered to remove the eco dwelling by the Urban Management Officers, or Chengguan.
Officials of Beijing’s Haidian District state that Dai lacks the official approval for living in a public area despite having lived there quite happily for the past 2 months.
The official notice ordering the cash strapped young designer to move his green home came only after various media highlighted the f of Dai’s environmentally friendly, low cost, bamboo living ‘egg’.
‘He’d better dismantle the house’ one Chengguan officer said!