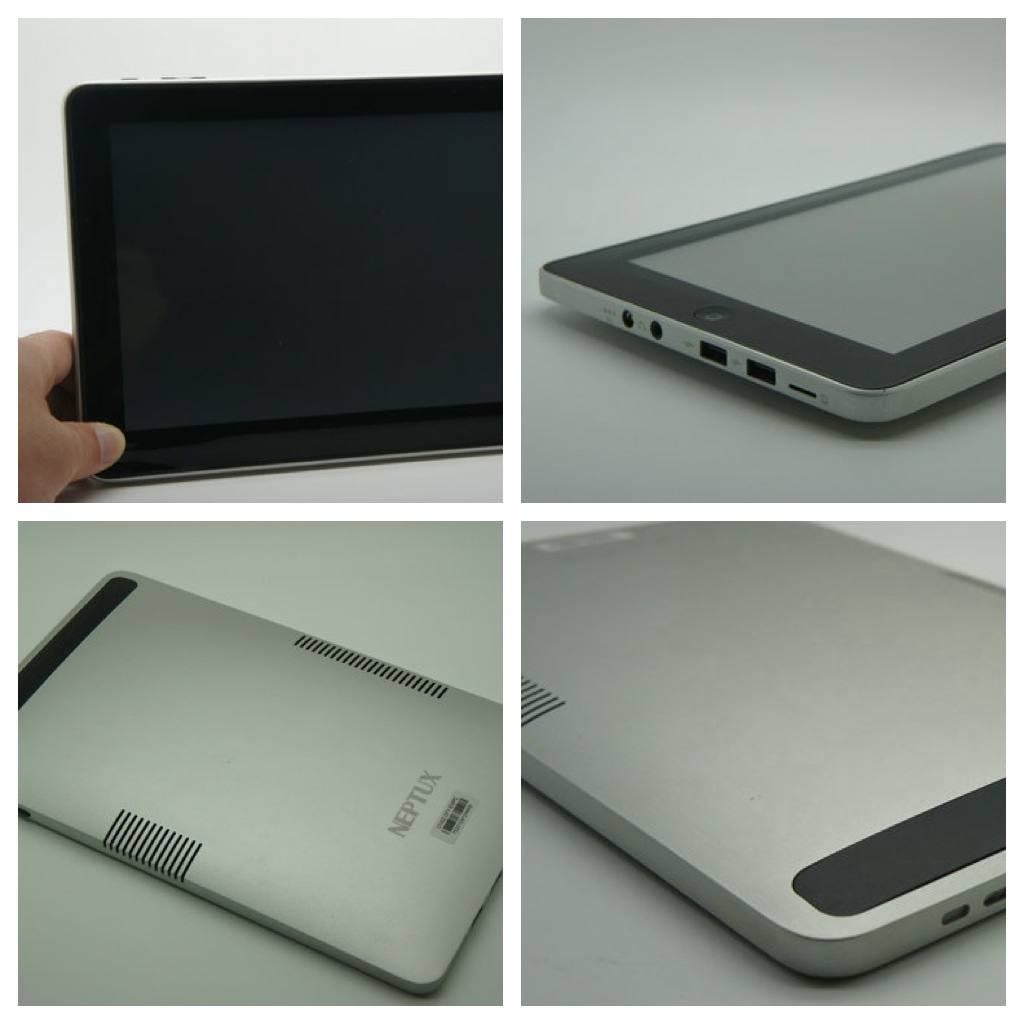 The WinPad Windows 7 Tablet is our favourite Windows device of this year, and the only tablet we know of which pack a fully loaded desk top O.S on to a 10 inch screen for less than 3500 Yuan ($530).
But now we’ve got word a budget model is on the horizon priced at 1000 Yuan less ($375)!

Strictly speaking this Neptux tablet ins’t a relative of the WinPad, but in fact a clone, with a few cost cutting measures thrown in to make the price a little easier to swallow when reaching for your wallet.

Let’s start with what you don’t get when compared to the original Winpad. 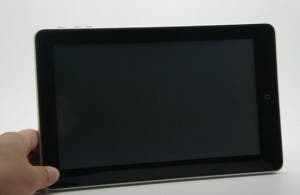 You don’t get a capacitive screen on the Neptux, but instead a 10 inch resistive unit. For me this is a biggie! I absolutely hate the idea of a resistive screen. When using a tablet I want to use my fingertips not a stylus or fingernails, but saying that a resistive screen does cost considerably less and is kinder on the battery.
The battery, oh no we gave with one sentence and now we’re taking away with this. Despite the resistive screen being a much less power hungry unit the makers of this model have spec’d a much smaller 2800mAh than the Winpad’s 3300mAh. What does than mean in real world figures? Well the Winpad gets a claimed 5 hour battery life, this model will get closer to 3 hours. 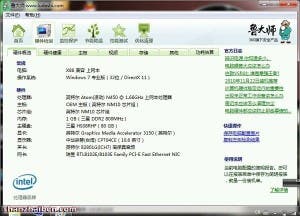 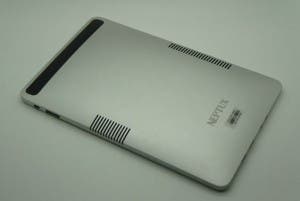 The body is made of alloy to give a nice sturdy feel while using, but we’re not to keen on the overly rounded back which might rock a little too much while typing without a stand/case. There’s also plenty of venting to keep the little Atom nice and cool. 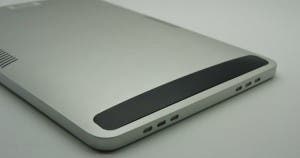 The black plastic area just above the 2 speakers is where the WIFI antennae sits, so the reception isn’t shrouded in metal. 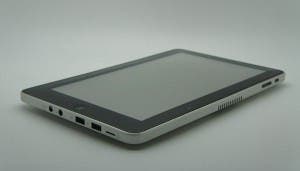 2 x USB and a micro SD card reader make up the rest of the built in spec.

So which would you buy? I would still go for the original Winpad over the Neptux model, because of the better battery life and screen, but if your the type of user that needs more hard drive space and is going to use an external keyboard, the lower quality screen on this budget Winpad won’t be an issue plus you’ll save an handsome amount of cash!