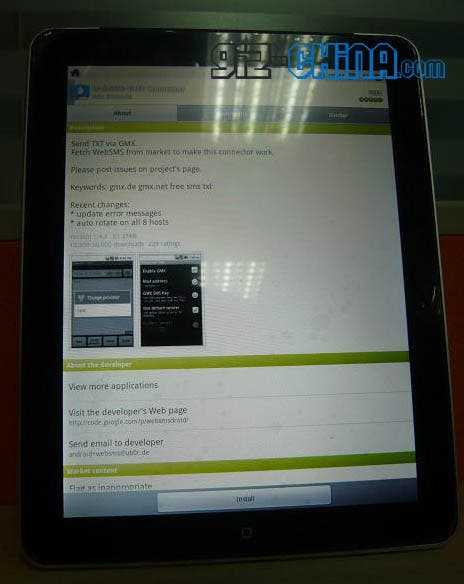 This may not seem like big news to most, but to find a Chinese made tablet that supports the Android Market out of the box with no hacking or ‘rooting’ is pretty special! Not only is it running the Android Market straight from the box, it’s doing so in English!

More photos and details after the jump!

The unnamed tablet has a 9.7 inch multi-touch capacitive screen and 1Ghz CPU, but the rest of the details seem to be a closely guarded secret!

Testing is currently underway and it is hoped the production version will be ready for early on in the new year!

Follow us on Twitter for more news and photos of this mystery tablet as it get’s put through its paces.

Previous Haipad Gets a 2011 Makeover And Samsung CPU

Next HTC Dual Screen Scribe Tablet On The Way