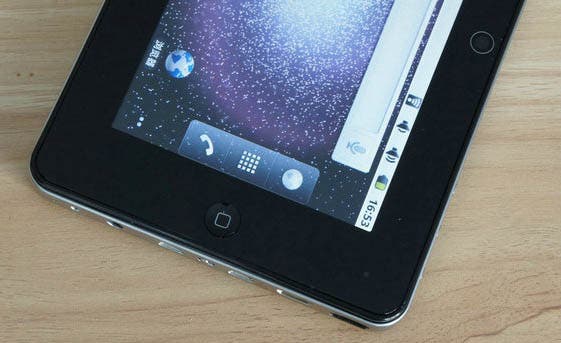 The Haipad was one of the have to have 7 inch tablets of 2010. For 2011, however the Haipad is taking the game to another level.

Full details and hands on video after the jump.

The Haipad 7 inch tablet was already a great little tablet to carry around, but this latest version, scheduled for a 2011 release is really something else. 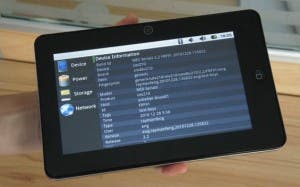 The first thing you’ll notice is that huge webcam. It’s actually not all that big but the overall dimension of the tablet, 195 x 123 x 13 mm  don’t make it look any smaller or less unsightly.

As were on appearances the Haipad has taken on the iPhone 4 look with an alloy (look) band encircling to black panels. This is certainly going to be a popular design over the coming months so expect more giant iPhone 4’s on the way. 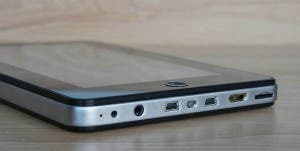 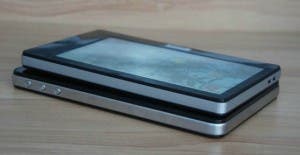 For a 7inch tablet the Haipad is pretty weighty at 510 grams, fortunately the tablet makers have caught on to what customers want and that extra weight actually means a bigger 4000 mAh battery. This is another trend we’re likely to see continuing over the month and is the second tablet this week to sacrifice light weight for better battery life. 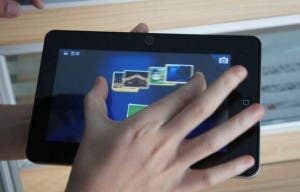 The new generation Haipad comes in two guises. A cheaper 900 Yuan resistive screened model and a more expensive capacitive screen multi-touch model for 1100 Yuan. Both screens get a 800 x 400 resolutions and both get the same system and processing hardware. 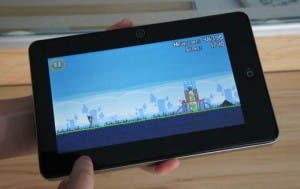 One of the highlights of the Haipad is it’s Samsung sourced 1Ghz Cortex A8 CPU. This chip is more than enough for a bout of your favorite Android game  and can happily stream video from Flash based sites thanks to Android 2.2’s inclusion of Flash 10.1.
There’s also 512mb RAM and 2Gb of built in memory.

Take a look at the video below to see the new Haipad in action:

Overall this new 2011 Haipad is a huge upgrade over the current model, and production models should look even better!
Follow us on Twitter for more Android Tablet news.
Source: Shanzhaiben