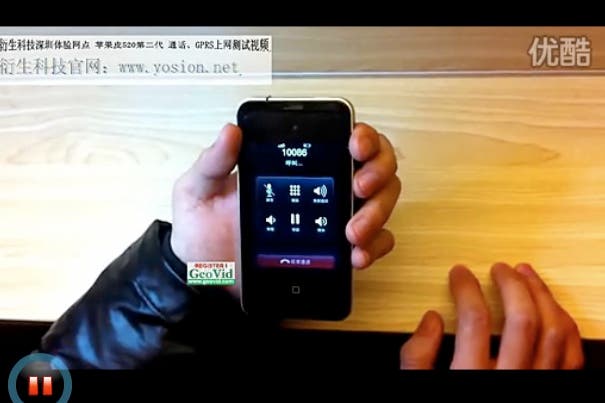 The original Apple Peel 520 gave iPod Touch owners the ability to turn there touch screen Apple media players in to an iPhone. If worked very well, but due to hardware limitations on the older iPod Touch the first generation Apple Peel could only offer a few of the functions real iPhone owners took for granted.

Take a lokk at the second generation Apple Peel on video after the jump!

Last year though with the introduction of the 4th generation iPod Touch things started to look up. The new thinner design, addition of a front and rear camera plus the Retina display and faster A4 cpu made the latest iPod a prime target for Yosion’s (the makers of the Apple Peel) engineers.
They haven’t let us down either this 2nd gen Apple Peel 520 not only gives your 4th generation iPod Touch all the functions of the latest iPhone but the case also give your iPod the look of the iPhone 4 too!

The video below shows the 2nd generation Apple Peel in use, making a phone call, using GPRS to browse the web and also chatting on QQ.
Here’s the video on Youku:

Next ePad Gets Android 2.2 Update