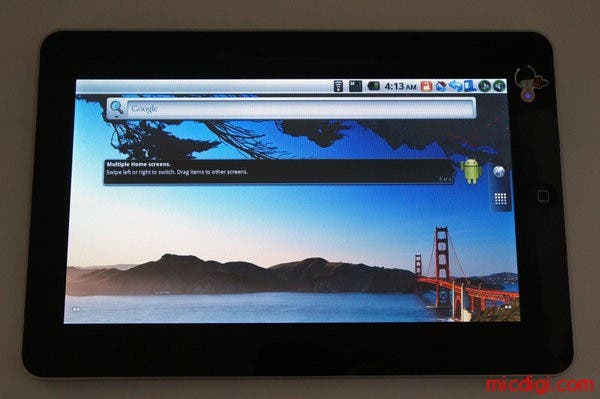 ZeniThink have released an Android 2.2 firmware update for their ePad Android Tablet. The update brings some great software features to the popular device such as a refreshed user interface, pre-installed software and also Flash playback support.


The guys over at Micdigi gave the firmware update a whirl and although they were impressed with the extra features went on to say that due to the hardware limitations of the ePad (256Mb RAM) Android 2.2 doesn’t run quite as smoothly as the older firmware and  they would recommend ePad owners to keep running the original Android 2.1 OS.

However, if you still fancy trying it out for yourself you can download the update from here: Download ePad Android 2.2 Update here.

Previous Turn Your iPod Touch 4 In To an iPhone 4: Apple Peel 520 2nd Generation