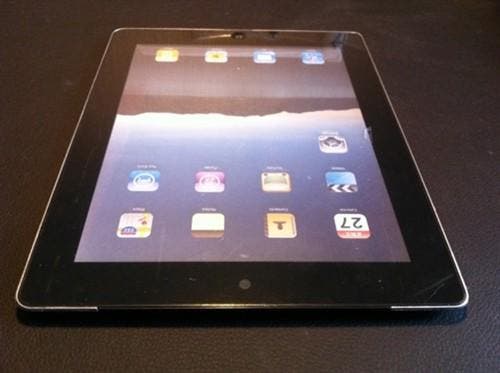 The recent round of rumors point to a March 2nd iPad 2 release, but if you can’t wait that long to see what Apple may have planned for the next generation iPad look no further!
These images show a mock iPad 2 compared to the current iPad which gives us a good idea at what the new Apple tablet could look like.

Join GizChina on Telegram
The design is much thinner and more angular than the current iPad, but some of the styling stays the same such as the large black bezel and the black plastic 3G antenna cover.
The iPad 2 mock up here also shows a front facing camera in the center of the bezel at the top, a physical home button and a large rear speaker.
What’s missing is the SD card reader USB or Lightpeak connector that are thought to come on the new iPad.
Whether or not this is what the iPad 2 will look like we don’t know, however with Foxconn’s factories across China currently churning the new iPad design out by the thousands, we imagine it won’t be long before someone gets a glimpse of the real iPad 2 and leaks it on the web.